One of the most fascinating things about addiction is that, although it has biological antecedents, it revolves around choice. A lot of people don’t know that. But AA knows that. AA almost never says, “You must stop drinking, and you must follow our program”, as if AA had some kind of external leverage to make that happen. AA usually says something like this: “We have found this program to be of benefit. We believe that if you follow it, you will be able to stop drinking. But it’s your choice.”

Now, Drs. Bill Miller and Stephen Rollnick have applied that same logic to the change method they call Motivational Interviewing, or MI” They recognized that stopping using was a choice. People make choices because the choice feels good. That’s why users use. So they developed a form of substance abuse counseling in which sobriety feels good.

People who use too much think using is both good and not so good. How does that help? How does that make choosing sobriety comfortable and satisfying? Here’s how:

•    A more subtle form of this kind of positive reflection would be to give a more balanced reflection, but to emphasize the positive side: “Mmmm, so you’re thinking about drinking, but you’re also thinking, ‘Hey, uh-oh – here I go again. Drinking too much!” You’re asking yourself, “Is this really a good idea?’ Is that right?”
•    Roll with the resistance. Initially, there’s a lot of resistance in recovery. Resistance is the negative side of the ambivalence. Here’s a typical expression of resistance: “I don’t know why I even have to come here. You’re not really helping. I just come here because I have to, because other people are making me. I don’t really care, anyhow.” The technique here is just to go along with the opposition, or roll with the negativity. It doesn’t matter what you say. Just go along, because it’s going to pass anyway. You are just waiting for, and helping the client to ease back onto, some kind of a constructive track. So, a workable response, a combination of reflection and self-disclosure – agreeable, yet moving back into the positive frame might be, “Yeah, you’d really like to not be here. I don’t blame you. I’d probably feel the same way in your place.” There’s a lot of resistance in recovery. You just wait it out.
•    Appreciate the Positive. A second positive technique is just to give straightforward praise for the positive side of the client’s thoughts and actions. For example, a typical, mostly negative statement in counseling might go something like this. “Well, I drank again. I know I promised I wouldn’t. I even stayed out all night. Blew my paycheck, of course. Now I’m stuck for the week again with no money. I only did one good thing – I went to my daughter’s sixth grade graduation.” Throughout the negatives the client is waiting for you to pounce and seize on the them, just as the client does all the time. But as an MI counselor you don’t do that. You are casually present, maybe using a little active listening here and there, but mostly just rolling with all that resistance. However – and this is critical – at the point where the sixth grade graduation is mentioned, then you becomes really excited and interested. “No kidding? Your daughter’s sixth grade graduation! How did that go? Tell me about it.” You showcase the successes. You allow the client to expand on this very positive piece of parenting. As an MI counselor, you genuinely appreciate the clients’ own excited movement toward growth, and focus on that. You shine a light on their best features, and they begin to do the same.
•    Intrinsic, Self-Reinforcing Motivation. Now, here’s what starts happening in this process. The client slowly discovers that you’re not going to belabor all the negatives. You don’t even really seem all that interested, except as it affects the client. What the client discovers is that you are fascinated by the client’s successes. What the client discovers is that counseling is a showcase for things that make the client feel proud and happy. The client begins to pay attention to personal ambitions and successes in the real world. Every day, every week brings new successes. The client starts to feel good, to experience hope, self-esteem, and excitement in living. The client learns positive self-regard, and acquires the habit of positive self-talk.
•    Sobriety. Clients no longer needs substances to feel good. The costs of using now outweigh the benefits. Therefore, they make the positive choice.
Benefits of MI
•    Fewer power struggles.
•    Less stress on the client.
•    Less stress on the counselor.
•    A positive approach to self and others that the client can learn and pass on to family and friends.
•    Sobriety that is based on feeling good about living and thus is intrinsically motivating.

Dr. Steve Davidson is in practice in Newport Beach. He specializes in ADHD and other disorders of impulse management and goal-seeking. sdavidsonphd@aol.com;www.newportbeachpsychology.com.

1.    The student will learn how to use active listening that has a positive bias.

2.    The student will learn how to roll with client resistance by using casual, agreeable responses.

3.    The student will learn how to decrease client negativity and how to increase client positiveness by focusing on the positive side of ambivalence.

1.    T F Active listening in MI means that all reflections by the counselor of client statements should be balanced, neither emphasizing the negative side of the client’s statements, nor the positive side.

2.    T F Rolling with the resistance means the MI counselor should wrestle with the client’s negativity and not allow the client to expand on negative issues.

3.    T F The MI counselor should showcase the client’s successes, even if those successes are more than outweighed by numerous problems calling for immediate correction. 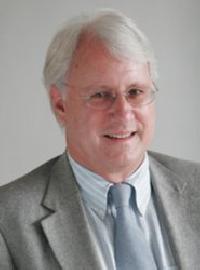 One of the most fascinating things about addiction is that, although it has biological antecedents,...

Applying the Principles of Motivational Interviewing to...

One of the most popular current forms of addiction treatment is Motivational Interviewing (MI),...