Rational Thinking and Behavior Is Based On Obvious Fact

The article that follows is an excerpt from my book, A Rational Workbook for Recovery From Addictions – Second Edition. After I lay a foundation of understanding for a client that includes Albert Ellis’ ABCs, I begin applying cognitive-behavioral therapy (CBT) skills and techniques to help a client make changes in feelings and behaviors. One of many CBT techniques that help a client decide if his or her thinking is rational or irrational is asking the question “Is my thinking based on fact?” I have found that the majority of clients do not know that there is a difference between fact and truth, or their explanation shows they are unclear about the distinction. This technique helps.

Detective Sgt. Friday used to say in the television show and then the movie Dragnet, “Just the facts.” In cognitive-behavioral therapy (CBT), obvious fact refers to any perception that can be recorded by a video camera, cell phone, audio recorder or some other mechanical recording device. Your human brain works much like a camera. That’s why it’s important that you learn how to do the camera check on your conflict-related perceptions.

Over the years, I have worked with a number of adolescents, and this issue of obvious fact is very important to the teenager’s experience of the emotion of jealousy. For example, imagine a teenage girl seeing the head cheerleader talking to her boyfriend down the hall at high school. She thinks, “Oh, she is hitting on my man!” or “He likes her more than me”. The camera check merely shows the two talking in the hallway and the girl thinks what she thinks, often with thoughts that are not based on facts.

As an adult, you too may jump to conclusions without knowing the facts. Once you believe something, you then feel and behave accordingly. Sometimes you find out later, after damage has been done, that you were wrong. Ask yourself before you feel irrational emotions or behave irrationally, “Is my thinking based on fact?” Remember, I don’t know is an acceptable answer.

Confusing truth with fact is one of the most common causes of stress and clinical emotional distress. But by using truth and fact in the operational ways described here, you can improve your own self control, your emotional well being and your relationships with others. The concepts of truth and fact must reference some perception.

Accepted truth is an idea that someone (you) believes. Believing an idea makes it true for the believer. But personal beliefs, and therefore truth, often have little or nothing to do with the facts of the situation, and a lot to do with a person’s hopes, fears, likes, dislikes and expectations.

In the 1400s, sailors held on to a belief that the earth was flat. When a storm came up and they lost sight of land, many were scared, not because of the storm but because of their belief that they would fall off the end of the earth. Were they really afraid? Yes! Was their thinking based on fact? Today we know that it was not.

Accidents are often the result of human error. One human being thinks that it is OK to pass or to turn left when it is not OK, resulting in an accident. Remember, sometimes you can get hurt when your thinking isn’t based on fact. 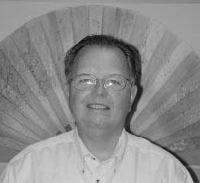 The Core Function of Reports and Record Keeping

As the author of Global Criteria: The 12 Core Functions of the Substance Abuse Counselor- Fifth...

Laying the Foundation for Cognitive-Behavioral Therapy...

During my professional career, I have held deeply to the belief that all people have the capacity...

It’s Still There (My Hidden Bottle)

Here is a story, Mark’s story-- his second. Struggling with addiction is not an easy thing to do....