In aiding our patients to prevent relapse, one common area of focus is to help them recognize when they are engaging in what Terence Gorski calls: euphoric recall.  “When we are ineuphoric recall, we remember and exaggerate pleasurable memories of past chemical use episodes. Then we block or repress our bad memories of drug use or deny the pain associated with them” (Gorski, 1989).  When a person enters into craving, they are not thinking about how bad it will be – they are thinking about how good that first drink, hit, or pill will be.  So it is very important for the addicted to recognize when they are engaging in the positive thoughts of using and begin to focus on the negative aspects.  If recognized soon enough, it is often just that simple.

In personal use of this strategy, I have found that the sooner I recognize my euphoric recall, the easier it is to shift my focus.  If it continues unnoticed by me for any significant period of time, it becomes difficult to simply switch my thoughts from the positives of using to the negatives.  At such times, I utilize one of my favorite tools of recovery – thinking the using episode through.  This is a systematic way of moving my thoughts from the positives to the negatives of using – from romancing to reality.

While it is important to teach our patients to recognize when they are engaging in euphoric recall, I believe it is just as important to aid them in recognizing when they are engaging in what Gorski calls: awfulizing sobriety.  According to Gorski, “(This) is euphoric recall in reverse… We look at our current sober life and focus upon and exaggerate all of our current pain and discomfort. ‘Isn’t sobriety awful?’ we complain” (Gorski, 1989).  Such thoughts arise as: “This sobriety thing isn’t all what it’s cracked up to be.  I don’t feel like anything is exciting anymore. All those AA people are a bunch of phonies. I still feel terrible and nothing seems to be improving.”

Along with focusing on the negatives of sobriety, “we repress or block out all of the comfort, pleasure and satisfaction that is available to us” (Gorski, 1989).  As with euphoric recall, it is very important that we aid our patients in recognizing when they are awfulizing sobriety and divert their attention to the positives aspects of recovery.  Even if you have just started working with them, there are many positives that you can divert their attention to: maybe they are starting to feel better physically; maybe they had a family group and are starting to patch up some of their relationships; maybe they are starting to develop new and positive relationships in their lives; maybe they are starting to gain some hope because they are rubbing elbows with others who have been where they are and now appear to be doing much better.  The list goes on.  It may be as simple as they don’t have to experience the physical and emotional hangovers anymore?  Many 12-step sponsors have their sponsees write a gratitude list in which they write ten things they are grateful for.  This is a very effective way of creating a positive frame of mind regarding their sobriety.  Again, if they can recognize they are focusing on the negatives of recovery, they can simply change their focus to the positives.

At this point, I want to introduce the term anhedonia to you.  Anhedonia is the inability to experience pleasure.  This is very common for people in early recovery.  My theory is that it results from measuring their current pleasure or excitement level to that which they experienced when they were using. The life of most addicts and alcoholics is exciting.  This excitement can result from the rush of the first hit, drink, or pill, the anticipation of it, and the camaraderie that might accompany it.  Much of it may be negative excitement like securing their stash, hiding their use, or cleaning up the consequences of it.  However, it is excitement all the same. When they get sober, nothing in their sober life comes close to measuring up to that excitement level.  A constant feeling of boredom results and they are disillusioned by the fact that they don’t have such excitement in their lives anymore.  This loss of ability to experience pleasure or excitement is very dangerous to sobriety because they will say to themselves: “at least when I was out their using, I had a little excitement in my life.”

When I was only a few days sober and still in a treatment center, my fellow patients and I were taken by hospital van to the Alumni Christmas party.  I remember being bored out of my mind.  I could not believe that any of the alumni could possibly be having as much fun sober as they were exhibiting.  I concluded that they either were not sober (because I didn’t think anyone could have that much fun in sobriety) or they must have been putting on an act for us newcomers so we would want to stay sober.  I wondered whether such an event could ever possibly give me pleasure unless I was loaded, and remembered thinking: “if this is what sobriety is all about, I don’t want any part of it.”

Approximately eleven months later, I was at my grandmother’s house for Thanksgiving.  In the past, such gatherings at Grandma’s would include my grandfather when he was alive, my father before my parents divorced, my uncle before his divorce, and my uncle’s brother when he was alive.  They would all play dominoes while some of us kids watched or played on the floor with one of Grandpa’s gadgets.  The moms would all be talking together and my grandmother would typically be playing the piano while bouncing one of us grandchildren on her knee.  In a very spiritual moment, I started looking around the room.  Now it was my brothers and I playing dominoes, now it was our wives yakking away, and my grandmother was still playing the piano bouncing one of the great-grandchildren on her knee.  I got tears in my eyes and thought, “Isn’t this great?  It is like old times, but a generation later.”  For the first time in my sobriety, I realized that I could get excited about one of life’s simple pleasures.  Now, had I experienced this event at Grandma’s early in my sobriety, where the memory of the pleasure of smoking cocaine was fresh, by comparison it would not have produced any real excitement.  However, I was removed in time from the memory of the excitement produced by cocaine, so it gave me great pleasure.

To further demonstrate, it might come as a surprise coming from someone who just celebrated 20 years of sobriety last month, but there is still a large part of me that would love nothing better than a big fat hit of cocaine.  In fact, if I could do so and not have any consequences, I would!  I didn’t stop using because I didn’t like it – I quit using because it was killing me and those I love.  There was absolutely nothing that made me feel better than that hit.  In my sobriety, I’ve also had the pleasure of witnessing the birth of my four wonderful children.  As incredible as that was, I can’t tell you for sure that it gave me more pleasure than that hit.  However, since I was removed in time from the memory of that hit, it seemed just as exciting as anything I’ve ever experienced.

To summarize, along with educating our patients on euphoric recall, it is just as important for us to help our patients recognize when they are awfulizing sobriety so they can shift their focus to the positives of early sobriety.  Additionally, it is very important for us to educate our patients that the inability to get excited in early sobriety is temporary.  As they get removed in time from the memory of the positive and negative excitement of their use, they will once again experience great pleasure and excitement from their lives. 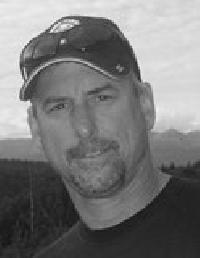