Substance abuse behavior appears to have multiple interrelated causes.  Predisposing genetic and neurobiological factors interact with family environment dynamics and early trauma to create a personal internal milieu that is primed and sensitized for craving and addictive behaviors.  This is compounded by frequent concurrent psychiatrically significant diagnoses resulting in what is referred to as dual diagnoses.   Peer pressure, life stresses, lack of opportunity and a toxic home environment round out the potential factors triggering and maintaining addiction.

With such a complex etiology it is clear that treatment needs to address multiple issues for it to be successful.  In a recent article we have presented the Moonview Model of treatment (http://moonviewsanctuary.com/research/multimodality-alcohol-treatment.pdf).  While not exclusively used for addiction, it is particularly suited to address this complex condition.  The model incorporates a team of practitioners each with a different specialty, working together on a single individual.  By integrating different modalities and perspectives this approach facilitates multiple treatment tracks addressing mind, body and spirit.  In this article I’d like to discuss a very specific integration of a subset of these approaches that I personally utilize that works well with the addict population.

Previously I have described a model for early childhood development that I referred to as “Primitive Gestalts” (PG) (http://moonviewsanctuary.com/research/primitive-gestalts.pdf).  A PG is a hypothetical construct describing how the brain develops in response to its environment.  It is the result of a learning process in which neural networks are formed, or imprinted, based on reinforcement history.  Because of the overwhelming importance of the child’s primary caregiver(s) each person’s PG will be primarily in response to these relationships.  Our self-view or image, and world-view are direct reflections of these primary relationships, and represented in the PG.

As a result of the neurodevelomental process, PG patterns become fixed and self reinforcing.  In fact, I suggest that a parcillation process takes place in which non-reinforced neural networks are eliminated in a “survival of the fittest” process.  The result is a brain that has an ongoing selective perception of itself and the world based on childhood reinforcement patterns.   Thus, one selectively receives or accepts those aspects of one’s environmental interactions that support the PG and reject or explain away conflicting information.  A good example of this is how negative self images are maintained by the person only noticing and dwelling on their mistakes – even the 10 percent wrong with a 90 percent result – while thinking that their success was lucky, coincidence or that anyone could have done it.

This model suggests that PGs exert a “gravitational pull” such that even after a series of psychological successes a person can easily be pulled back into the orbit of the PG.  Said in the language of complexity theory, the PG is like an attractor state, making it very difficult for permanent change to occur.  Now, I’m suggesting that this is true for everyone trying to make changes, but that for people dealing with substance abuse the task is even more formidable due to the neurological impairment, cognitive and emotional deficits resulting from the addiction.

In my own work I utilize three primary modalities in treating substance abuse as well as other issues:  Neurofeedback, Gestalt Therapy and Shamanic practices.  While these appear to be very different, and they are, they allow me to work closer to a person’s core, offering a greater opportunity for creating a shift in their PG.

As noted in my concept of Primitive Gestalts, just as our behavior settles into fixed patterns, this can also be said of the functioning of our brains.  The electroencephalogram (EEG) is a primary way of referencing the functioning of the brain.  Neurofeedback is the process of monitoring the EEG at a specific scalp location, and then filtering the EEG, which is a complex mix of different brain wave frequencies primarily from one cycle per second to approximately 40 cps, and presenting to the client feedback or information about their frequency patterns that allows the brain to self regulate or to shift into a particular attentional state.

What do I mean by “self-regulate”?  There are many ways that the brain may not be functioning optimally.  If it is producing too much slow wave activity – in other words, brain waves that are lower than 8 or even 10 cps –we can say that the brain, at that location, is under activated.  This is typically found, for example, with people with Attention Deficit Disorder (ADD) and the result is a brain that has difficulty staying focused.  It appears that over a third of substance abusers also experience ADD.   If the brain is producing too much very fast brain wave activity, say above 22 cps, the result might be anxiety, obsessive behavior, worry and tension.  In other words the brain is over activated.  We know, in fact, that alcoholics have more activity between 22 and 28 cps than non alcoholic subjects.

Thus, neurofeedback is a method for feeding back information to a client about their EEG by letting them know when a change in the right direction occurs, so their brain can learn to more readily go into this optimal pattern.  On one level this process can help the brain normalize, or adjust into more normal patterns.  On another level, this process, by giving a person a way of shifting their EEG, tends to make the brain more flexible and more capable of change.

In a previous publication I have described additional ways that Neurofeedback can facilitate healing in addicts.  These include an enhanced ability to turn down the activation of the nervous system and go to a place of calmness, and even deeper, where traumas can be healed.  Related to this is becoming more comfortable in one’s own body, something that is very difficult for many addicts.  This research demonstrating the effectiveness of Neurofeedback was published in the American Journal of Drug and Alcohol Abuse and can be found on the Moonview website (http://moonviewsanctuary.com/research/eeg-biofeedback-effects-on-substance-abusing-population.pdf).

If we were to analyze our process before any action, or if we were to tape this process and then play it back in slow motion, we would notice that somewhere inside ourselves a voice speaks up telling us what to do.  Or after a behavior, that voice tells us what we did right or wrong and how we should feel.  I would suggest that this is the voice of our PG.  Some may refer to this voice as one’s internal parent.  In Gestalt Therapy it’s sometimes referred to as the “Top dog”.

This voice is very powerful and dominant and in most addicts typically presents continuous negative messages, either about themselves or about aspects of the environment.  Again, we can see that this loud voice serves to maintain the PG, or existing beliefs.  When undergoing a process of healing, change or healthy development, it’s important to find a way to hear a second voice.  This voice typically starts out very meekly, and will get drowned out or overwhelmed by the voice of the PG.

The Gestalt therapeutic technique of separating these two voices and engaging them in a dialogue, for the first time gives the voice of change, the voice wanting things to be different, the light of day.  The dialogue encourages the new voice to be heard, and to begin speaking up.  It also serves as a rehearsal process giving this new found voice an opportunity to practice responding to the arguments of the PG.

Little by little, the new voice gains strength in standing up to the PG, in recognizing the toxicity of the PG and of its false arguments and dead-end reasoning.  As the therapist, I aid in this process by coaching the new voice; disputing the inappropriate cognitive map of the PG, addressing the emotional needs and feelings of the new voice and finding self-acceptance.  The goal is for this new voice to ultimately become more dominant than the PG.  This is the process of shifting from a brain dominated by its PG, to the development of a new and Healthy Gestalt (HG).  Thus, there is a shifting of the center of gravity to the new pattern: a new attractor state.

Most addicts feel a sense of disconnection as well as the loss of a spiritual foundation.  Some refer to the process of “soul loss” to describe how deeply this disconnection goes.  It doesn’t matter whether we say that one’s soul, or part of one’s soul is lost during a trauma, or we refer to the psychological process of dissociation, disconnecting or numbing in order to escape emotional pain.  Whether we consider “soul loss” metaphorically or in actuality, the result is the same.  It results in a loss of personal power or self-efficacy leaving an addict helpless to participate in their own healing.

The Gestalt approach through the emphasis on the “I-thou” relationship begins to address this disconnect.  Shamanic beliefs and practices more fully engage the person with the notion of the interconnectedness of everything.  In addition, its belief in a state of non ordinary reality, a spiritual realm and the powerful healing potential of both, helps reintroduce the client to their spiritual self.

Using Shamanic techniques I honor and “invite in” the ancestral spirits and invoke their concerns, love and healing powers to impact the participants within a ritual gathering.  Rituals typically incorporate some form of ceremony that evokes a sense of anticipation and a different or altered emotional or attentional state.  I facilitate this typically with the use of drumming and music.  From psychological research we know that the more intense and energized you can make an experience, the greater the likelihood of its long term impact through enhanced focus and learning.  By creating an environment in which a person is fully immersed in an otherworldly, or altered state experience, the more it’s able to impact and shift the PGs described above and the greater the ability for creating a sense of connection – with the other participants and with something beyond what is concrete and located within the space.

Another part of the Shamanic approach is the telling of stories.  Most ancient traditions highly value their stories.  We can think of our PGs as our original story.  It’s this primitive story that we hold so dear, that we have such loyalty to and that we keep telling ourselves that maintains the old maladaptive patterns.  Shamanic practices allow for the presentation of stories that, through metaphor, begin to establish new patterns.  Sometimes it is a story that will resonate with the client.  At other times it is a story that I know will trigger other reactions, such as disgust.  Shamanic practice after all, is frequently about shaking up the client’s belief system.

However you conceptualize what happens during a Shamanic ritual, the energy and the power of the experience is palpable.  The creation of this “cauldron” peels away layers of defense and serves as a catalyst for the healing process.  It is also the ultimate “holistic” healing as it takes into account all aspects of an individual.  When this is integrated with the Neurofeedback to disrupt old patterns and encourage new neuronal networks, and Gestalt therapeutic approaches to help identify, develop and strengthen the voice of a new pattern, the result is powerful.

For the purpose of the online CE Course, the article objectives are: 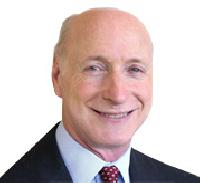