A Cultural Reflection: The Crimes, They Are a Changin’

Los Angeles Criminal Lawyer Mary Masi has been a friend of the recovery community for more than 25 years. On April 11, 2011, she published an article in support of substance abuse recovery alternatives and crime in California’s leading law journal. The article is distributed to judges throughout the state of California:

The measure of a society is, to a degree, reflected by how its vulnerable people are treated under the law. In the modern world, society is also measured by the character and prevalence of its crimes and misdemeanors. Without a doubt, drug and alcohol-related crimes are the most prevalent today.

Outlaws used to rob banks and railroad cars, but in October of 2010, a pharmaceutical truck was robbed and the driver was kidnapped. The thieves stole only Vicodin and OxyContin, a painkiller thought of as synthetic heroin. The crimes, they are a changin’.

Also in October, 52 people were arrested for organized crime racketeering involving Medicare fraud. Some of them may face allegations of forged prescription sales involving OxyContin. Racketeering for prescriptions? This is a cultural wake-up call without a snooze option.

The modern news is filled with similar cases, and heaven knows our jails and prisons are filled with people who would not be where they are without some connection to alcohol and drugs. Alcohol and drug-related crimes and misdemeanors account for the vast majority of American crimes committed. Ask any defense attorney and they will tell you of the tragedies that would never have happened had someone not been under the influence, regardless of whether it may have been the person accused, their family members or others. How did this happen?

Since the 1960s, pop culture has reflected a degree of “cool” rebellion in the illegal use of drugs and excessive use of alcohol to get high. Currently, one of the most tragic modern trends for trying to get high among teenagers is the self-imposed choking/asphyxiation game. Sadly, criminal charges have begun to be filed in these cases in recent years. In 2010, in Wheat Ridge, Colo. a teenager was criminally charged with reckless endangerment when she performed the choking game on her friend, Gabrielle Abuzhars. Is criminalization really the best way to encourage kids to stop trying to get dangerously high? How can society popularize a mainstream advancement of effective positive solutions? The asphyxiation game is a clear cultural STOP sign. What’s next?

There are healthy alternatives to soothing and stimulating the oversized and often overactive human brain. For openers, simple exercise works pretty well. John J. Ratey, MD, Associate Clinical Professor of Psychiatry at Harvard Medical School authored the book Spark: The Revolutionary New Science of Exercise and the Brain. He stated, “Be clear. My analysis of the findings and testimonies and stories make it clear that exercise can play a huge role in the initial withdrawal, the initial and prolonged dealing with cravings, and offer a substitute activity addiction, like AA to help repopulate the frontal cortex choices of what and how to respond to eventual stressful situations and losses.”

Statistically, Alcoholics Anonymous has the highest success rate in the long-term treatment of alcoholism and addiction. It would appear to be a no-brainer that exercise and nutrition can play an important treatment-enhancement role. There are many other creative alternatives for treatment enhancement, too. We as a society clearly need to use our healthy brains to develop and encourage more. Needless to say, it would help if some of the alternatives were perceived as cool. So how exactly does a society make exercise, nutrition and other healthy alternatives cooler than getting high? What if a few more trendy rock stars and former bad girls were selected to do some Nike commercials? Here’s a campaign slogan: “Just Do It Naturally – One Step at a Time.” 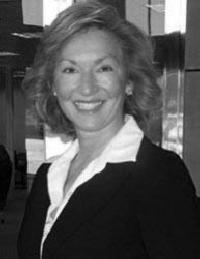