A Journey of Discovery

I graduated with my Masters Degree from New Mexico Highlands University in 2004, after three years of constant school obligations, social work-related extracurricular activities, and various jobs that kept a roof over my head and food on the table. So, shortly after receiving my diploma, as a graduation gift to myself, I returned to the pristine Rocky Mountains, a place I once called home. Embraced by the familiarity of long-lasting friendships and work as a massage therapist at the Aspen Club, I camped out with my dog Buddy for the next four and half months. One of my biggest daily decisions was figuring out if I wanted to wake up next to the tranquil sound of a nearby stream or to a view of the jagged twin peaks of Mount Sopris.

After this time of respite, feeling rested and rejuvenated, I followed the historic quest to “go west, young man”, the colorful fall foliage beautifully framed in my rearview mirror. Partially inspired by a dream to be a successful screenwriter, I settled in the Los Angeles area. Initially, I pursued various social work jobs, none of which fed my passion. Fortunately, through a series of coincidences, I was hired to reside at and operate a sober living home. Failing to secure a copy of Running Sober Living Homes for Dummies, I learned the ropes by frantically reaching out to an abundance of professionals who generously shared their pearls of wisdom with me. Such knowledge greatly enhanced my ability to be of service to others, who shared a common vision to stay sober “one day at a time”. Of course, many of my housemates were also some of my most valued teachers.

Since my initial venture into this wonderfully exuberating occupation and passion, I’ve branched out as an author, an interventionist, a sober escort, and a sober companion. My latest undertaking was working in partnership with Kimberly Wick, an LMFT, on an intervention. I found this partnership to be incredibly beneficial.

On my latest intervention, while I was driving the individual to a residential treatment program, Kimberly met with the family and friends left behind. Normally, such a group would be left on their own to make sense of what had just transpired. During this continuation of the intervention, the participants were able to process the aftermath of such a heart-wrenching, powerfully vulnerable gathering. This is a practice that Kimberly and I plan to offer as an adjunct to future interventions.

As I am introduced to and discover more effective ways to be of service to those in need, I’m continually amazed at the evolutionary possibilities in the field of recovery. The following are among the most important to me in my career and personal life.

Dr. William Glasser, a board-certified psychiatrist, is well known in many circles by his seminal book, Reality Therapy, originally published in 1965. Over the years, Dr. Glasser has written a little more than two dozen books that have sold more than 1.7 million copies. His unique and transformational belief system has been visibly influenced by his training as an engineer and as a psychiatrist who has spent more than 40 years as a counselor.
Over the past four decades, Reality Therapy has evolved into Choice Theory. The following will highlight some of the components of a theory that is not as simplistic as it sounds, and that I have found to be very useful.

The Ten Axioms of Choice Theory:

By understanding the beliefs and principles behind total behavior, a person can improve his or her quality of life. For example, when “feeling” depressed, a person can move from such a temporary state by realizing (thinking) that the present condition is a choice. He or she can decide to act their way into a more fulfilling interaction with the world by getting out of bed, calling a friend, and taking a walk, which will improve a person’s physiology.

Jean Mackie, interventionist from Mastering Addiction Consciously, sheds light on the paradoxical tendency for those in early recovery to have limited capacity to make sound choices. It’s when an individual in recovery gets to the Third Step of Alcoholics Anonymous that the power to choose can be fully used for one’s growth. Making “a decision to turn our will and our lives over to the care of God as we understood him” is a milestone on the path to personal recovery.

According to Dr. Glasser, as social beings, one of the greatest genetic needs we share is the desire to get along well with the people who are most important to us. The ability to build and sustain healthy relationships has been, and continues to be, the most pronounced shortcoming in human history. While there have been incredible improvements in technological progress, the quality of human relationships has improved little, if at all.

This is due to the fact that we live in a world dominated by external control that is comprised of three beliefs. The first belief is that we do numerous things because we respond to an outside signal. In actuality, we answer a phone because we choose to, not because it rings. Secondly, we believe we can make others do things even if they don’t want to. Such a belief has limited, tragic success and causes more harm than good. Lastly, and most damaging, is the belief that we know what’s best for someone else. Countless lives have been lost in wars justified by this deadly belief.

In personal relationships, external control is exhibited by the common use of the seven deadly habits. They include the tendency to criticize, blame, complain, nag, threaten, punish, and reward to control. Immeasurable harm has been caused in all human relationships by habitually practicing such behavior.

Choice Theory, a quick and pleasant way to improve relationships, offers an alternative: the seven caring habits. By supporting, encouraging, listening, accepting, trusting, respecting, and negotiating differences, relationships will improve dramatically. The ultimate question to ask oneself is, “Is what I’m about to say or do going to bring us closer together or drive us further apart?”. By taking a moment to reflect on such a powerfully rewarding mantra, the quality of relationships can be immediately enriched.

One of the many attributes of Choice Theory is its adaptability to be practiced in various settings. Having originated in the Ventura School for Girls, Choice Theory has been successfully implemented in the prison system, in schools, the workplace, residential treatment centers, sober living homes, and numerous other environments. Choice Theory is a hidden treasure whose value increases each and every moment it is put into practice. 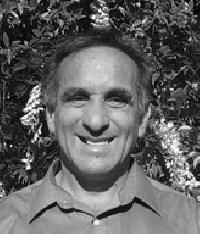