A New Look at the Origins of Addiction

Where does addiction come from? The answer has deep implications for treatment, obviously. It\'s my belief that addiction is learned, which means it can be unlearned. And over decades of sponsorship and private practice as a psychologist, I\'ve developed a modification of the Twelve Steps that enables unlearning and, ultimately, healing.

But how is addiction learned? Through a near-universal parenting system based—unconsciously and to widely varied degrees—on control, rather than love. As Dr. Bernie Siegel, famous for exploring the role of consciousness and childhood experiences in disease, once said, \"Parenting is the number one public health issue.\"

Let me briefly share with you how I came to this conclusion, and the modified step process that arose from it.

My journey to understanding started in the rooms of Alcoholics Anonymous nearly five decades ago, when I was severely addicted to alcohol. Despite my abstinence and my step work, I continued to feel, much of the time, like an active alcoholic. It was clear that I was not alone: too many people around me who were seen as paragons of sobriety relapsed or even committed suicide. At one point, I myself suffered a frightening two-year relapse.

Much later, after 18 years of sobriety, I found myself checking into a treatment center for the first time—for codependency. It was then that I began to see the fundamental equality of all addictions. We will readily substitute sugar for alcohol, overeating for cigarettes, dieting and exercise for overeating, serial relationships for sex, and so on. Once I earned my PhD in counseling psychology— with a research focus on relapse—and began seeing clients, this reality became even more apparent. I came to consider any such \"symptom substitution,\" as I call it, to be a form of relapse. (Imagine the relapse rate if symptom substitution were accounted for.)

This interchangeability, even between chemical and process addictions, points to a common denominator. As I argue in more detail in my book Addiction Is the Symptom, that common denominator is emotional dependency.

Where does emotional dependency come from? It’s deeply conditioned during childhood, to varying degrees, and becomes the model for all our relationships. The more successful I became at treating addictive behavior from this premise, the more convinced I became of its soundness.

My thinking on the parenting system as causal was shaped by the work of Alice Miller in particular. Miller’s work, along with that of people like Anne Wilson Schaef, Diane Fassel, Ira Hyman, and Philip Greven, of course speaks to the power of the parent-child relationship to shape each of us and, further, the world. The vicious circle of violence described by Miller in her clarion critiques of parental abuses is not the only one fueled by the parenting system: emotional dependency, too, is learned and passed from generation to generation.

The parenting system—which comprises not only individual parents but also  the larger culture’s authoritarian figures, institutions, and mores—is fundamentally fear-based and power-oriented. Too often, what parents want, if unconsciously, is to dominate and control—they themselves being emotionally dependent survivors of the system. And what better way to dominate and control than to encourage emotional dependency?

This may be hard to reconcile with happy childhood memories, and if we have children, perhaps even more so with our self-image as parents. But the conditioning children undergo needn’t be extreme to be effective. We must admit that as children, we are both physically and emotionally dependent on our parents. At some level, we know that our very lives depend on these godlike figures. It\'s a frightening position to be in—one that is easily, even inadvertently, manipulated.

Parents can give gifts or they can take them away. They can help or hurt. If we do as we’re told, we are rewarded; if not, we are punished. This is animal training for human beings. At the most prosaic end of the spectrum, domination and control looks like not allowing children to do what they can for themselves in age-appropriate ways, sometimes because it’s easier for the parents to do it themselves. We see extreme examples in parents whose need to control is so out of control that they lock up their child and virtually starve him.

Wherever our childhood experiences fall on the spectrum, as a matter of survival, we become experts at figuring out what our parents need or want in order to ensure that they meet our needs. Most of us never learn how to meet our own needs, only how to use other people, including our own children—and further, anything outside ourselves—to get them met. Love cannot exist amid all this using, only conditional regard. The emotional and spiritual void is devastating.


A Model for All Relationships

The strategy of control and manipulation can only fail, however. Ultimately, we are all powerless over not simply our drug of choice, as the traditional Step One would have it, but everything outside ourselves. We can’t control what other people do or feel, we can’t control events. Yet on the deep level at which the conditioning of emotional dependency took place, we believe that we need to control to survive. And so the fear, control, and manipulation perpetuate themselves and progressively worsen. We don\'t get what we want, the emotional-spiritual void persists, and so we become yet more fearful and desperate, more controlling and manipulative.

All of this is reenactment of the parent-child dynamic, but it can simultaneously serve as simple pain relief. When our control efforts fail, as they must, we feel not only fear but also pain. The sedative we reach for can be almost anything: drugs, sex, food, shopping, or the infinite distraction of the Internet. And so the behavior both perpetuates and temporarily alleviates our pain. A vicious circle within the vicious circle.

Note that I\'ve been using \"we\" all along. We psychologists and counselors are as subject to this deep-seated conditioning as anyone else. As Anne Wilson Schaef writes in When Society Becomes an Addict, “Any therapist who is not actively recovering from the Addictive System is perpetuating it. Any therapist who is not actively trying to make a system shift is supporting the Addictive System.” The blind leading the blind.

And how do we heal? To address addictive behavior in all its forms (as opposed to one symptom at a time, in the failed but lucrative mode of most of the treatment industry), I’ve modified the Twelve Steps in such a way as to bring our childhood conditioning to consciousness. Once we are conscious of it, we have the opportunity to reject emotional dependency and choose healthy independence—by turning to a higher power or consciousness within to meet our emotional and spiritual needs.

This process, while having powerful psychological components, is a fundamentally spiritual one. It is a transformation of consciousness, not of the brain, that enables healing. Such a notion is dismissed by many professionals, but let’s remember that the root of the word psychology is psyche, or “soul.” Our profession has strayed far from its holistic origins. Treatment and healing of cause rather than mere symptoms requires therapy for the soul.

My primary modifications to the traditional steps are to Steps One and Four. As alluded to earlier, Step One is practiced as an acknowledgement of powerlessness over all of life, not just our drug of choice. This begins the loosening of the control dynamic at the core of our conditioning. But the heart of my method, the place where the intensive work gets done, is Step Four, “a searching and fearless moral inventory of ourselves.”

As I’ve modified Step Four, it’s a professionally facilitated inventory of all relationships that helps us to reinterpret our lives through the lens of emotional dependency. To systematize this discovery process, I devised a set of specific instructions: the Fourth Step Algorithm (fully outlined in my book). In brief, the algorithm uses our own life experiences to show us how insidiously we have been both subjected to and engaged in fear, control, and manipulation, i.e. addictive behavior. We see that most of the time, it takes two to play the game of control and manipulation, but just one—us—to end or prevent it.

With this empowering awareness of co-creation comes the capacity to take personal responsibility for many of our hurtful experiences—and for refusing to engage any longer in the addictive behaviors and thought processes that caused them.

A lifetime of resentment and feelings of helplessness all but dissolves. And with continued practice of the modified steps, so does the conditioning. We learn to live in the present, rather than in the reactive survival mode of fear, control, and manipulation. We learn to identify with the true self, the divine self, not the addicted self. We can, very likely for the first time, develop relationships based not on dependency, but on love.

And thus is the cycle broken.


Dr. Rosemary Ellsworth Brown, a psychologist, is the author of Addiction Is the Symptom: Heal the Cause and Prevent Relapse with 12 Steps That Really Work (www.addiction-is-the-symptom.com). She completed her doctorate in 1993 at Union Institute, where her research focused on why Twelve Step programs ultimately proved ineffective for the majority of people. She ultimately developed a modified step method that tackles the root cause of addictive behavior, to the benefit of her clients and sponsees for nearly thirty years. 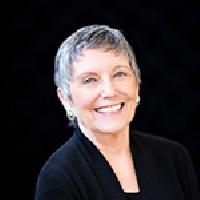