A New Relationship with Fear

Every challenge is a gift in disguise. If you are facing a challenge right now in your life, business, relationship, health (or perhaps everything at once), let the challenge be a “teacher” for you. Do not shy away from what you are being called to look at. Step right into the middle of it and let the challenge shape your next evolution – as a shining soul here to do great things in the world. ~ Christine Kloser, Beyond Mindset

Fear deeply affected my life for many years. I was afraid of failing; of succeeding; of not being smart enough, pretty enough; of not having enough friends; of having too many friends – of everything. Fear paralyzed me. Because of it, I was unable to do so much. I had dreams as a child, but when fear began to invade my world, I lost sight of those dreams. Much of the time, I wandered through life without a plan, without even so much as an awareness of what I was doing or where I was going.

Finally, I got sober and began to creep out of the darkness and into the light. For a long time I moved about very cautiously, like a wounded animal. I couldn’t grasp just how frightened I was. I began to learn about prayer, talking to another, writing about my feelings. I also learned that feelings aren’t facts, but it was almost inconceivable to me that this was true of fear. Fear had always seemed so real to me, like a childhood monster that had come out from under my bed to attack me.

Gradually, I learned how to deal with my fears. Even so, I would wake up and have to tame the monster each morning. It just wouldn’t go away. I began to meditate and to read what spiritual leaders had to say about fear. I realized that I had to find a way to really accept fear as a part of my life, thereby diminishing its power, or be swallowed up by it.

Fear is universal; it is inevitable; it is natural. Fear is a part of the human condition, but not just the human condition. Animals also feel fear. I was writing this in front of a wall of glass doors that leads to my garden, and I saw a tiny bird taking a bath in my fountain. It was splashing away, apparently feeling safe and happy. I opened the door to step outside and be closer to the little bird, but it flew away. It felt afraid.

That kind of fear is good. It’s a signal, a warning that the situation is no longer safe. There is another kind of fear that is reserved for human beings. We have the ability to focus on the future and what disaster could happen if we move out of our comfort zone. We can imagine and create fear within ourselves. I had a client who came to me because he was lonely. He was staying home most of the time, thinking. He’s a writer and does not need to leave home to work. However, he would get an invitation to go somewhere and would start thinking about all the things that could go wrong. He would worry about not being able to measure up. Eventually, he would listen entirely to his fear voice and stay home.

If we listen to our fear voices, we end up alone and separate from others. Just like addiction, it feeds itself and our lives become really small. We begin to avoid new experiences and circumstances. In our minds, we write scenarios where everything falls apart, we experience rejection, or something goes desperately wrong – where life isn’t safe.

When we get uncomfortable, we might think that the situation is dangerous. What if that’s not what’s really going on? After all, feelings are not facts. What if we are in the midst of a change, stepping out of the comfort zone, and the fear is just the signal – telling us that we are moving forward?

A big problem among people today is control. Control is a defense against fear. The truth about life is that we do not know what is going to happen. If we let go, allow the fear and proceed ahead without trying to control the outcome, who knows what new experience we might have?

For many years, I had the urge to write, but whenever I would try to think about what to write, I would go blank. “Well,” I thought, “It must not be the right time.” Or “I have nothing to say.” The truth is, I was afraid; afraid of failing; afraid that no one would want to read what I wrote. I had to be pushed into it by a publisher friend. So I began to write. I was still afraid, but I did it anyway, refusing to let my fear voice rule. Overcoming fear often means doing something even though you are still afraid; it’s a willingness to fail. What I have learned is that this is the definition of courage.

Fear comes from many thoughts. It comes from comparing ourselves to others, where the other is stronger, smarter, more attractive than we are. It comes from believing that what others might think is more important than what we think or want. Fear is a huge part of our culture. We are stuck on staying safe from many different unknown demons. In many ways, it has been bred into us.

If you look merely at the details of fear or try to deal with your fears one by one, you will never come to the central issue, which is to learn to live with fear. ~ Jiddu Krishnamurti, On Fear

How do we learn to live with fear? Isn’t fear a byproduct of stepping outside our comfort zone? And isn’t stepping outside our comfort zone called progress? It is the concept of the future, of what could happen, that is creating the fear. It is the risk of uncertainty that is so difficult for many people to tolerate. Author Pema Chodron writes of leaning into the sharp points. Embrace the fear. We all have a shadow side. Fear is a part of that. If we try to deny it, it will still be there, only to show itself at a later time. Chodron goes on to discuss the notion of inviting in what we usually avoid.

We need to cultivate a new relationship with fear. This relationship need not be adversarial. Fear is not the enemy, unless we try to avoid it. If we are determined to stay safe from fear, we just might be condemning ourselves to a life of stagnation. To proceed spiritually, we need to love fear. To expand our lives, we need to accept fear as a part of the process. It is only then that fear will diminish. It will not seem like fear anymore. After all, the closer you get to what it is that you want, the more likely fear will show up. In that case, fear is not a negative; it is merely a symptom of progress.

Another tool for tolerating fear is meditation. Meditation is perfect for walking through fear – it’s a great tool for walking through life, in general. Meditation can provide profound inner silence in the mind, which brings silence in the body. Since so many diseases are brought on by stress, reducing stress is both preventive and healing. The bottom line is that we need to be quiet in order to open our minds to our hearts as we move forward. This is the path to love with all of its power. Through meditation, we can learn to accept uncertainty, to flow with it. We can learn to move through life with greater ease. And who would not want that?

Fear and excitement feel the same physiologically. Whenever I have a speaking engagement I feel fear…or is it excitement? Actually, it’s probably both. Do I want to back away from this fear and run home where I can be safe and alone? Would I prefer to abandon my dreams, my goals, myself? No. I would prefer to call it excitement and know that I must be approaching my goal or it wouldn’t be here. This isn’t easy, but it is possible.

Life is a creative process and creativity has to have that wholehearted abandon of plunging ahead – taking the next step in the knowledge that we will learn something. ~Cheri Huber, The Fear Book

The good news is that the more we get to practice taking these steps that feel like risks, the more information we have that nothing bad seems to happen when we do. In fact, it’s just the opposite. Most people report that daring to take risks in the name of progress begins, after a while, to feel really good. It is actually fun. 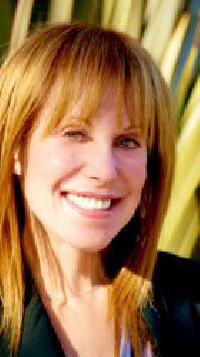 Life in Balance: Part I

“Life balance is the art of balancing such finite things as our time, our energy, and our...

“The best and safest thing is to keep a balance in your life, acknowledging the great powers...

Have You Embraced Your Purpose Today And Why Should You...

“We live in a purposeful universe.  Every organism in the universe has a design—a purpose...