I have been asked to write about Addiction, to write in plain and simple English not fancy medical or psychological words.  Because you are reading this, I imagine you are an addict (alcoholics are addicts too) with some knowledge of your disease or an ‘other’ who needs up-to-date information.

First, who am I and why should you believe me?  Well, as a young family doctor I arrived in the metropolis of Estevan, Saskatchewan (population 10,000) in the fall of 1969 just as the Sisters of St. Joseph decided to open an addiction treatment unit in their community hospital.  None of the doctors in town wanted the job of Medical Director and neither did I.  Anyway, another doctor and I were volunteered.  At the time my belief was that addicts were just weak people who needed to pull themselves together and stop drinking or using.  I soon learned I was so wrong in my understanding of addiction.  A lay person, Ray McNab, sat me down late in 1969 and read me the riot act.  He was very clear, “How the heck are addicts going to get help/treatment if you so and so doctors cannot get your act together and start treating them for the disease they so clearly have?  He directed me to read some books, especially the Big Book of Alcoholics Anonymous, and attend some AA meetings.  Luckily for my addict patients and me, I quickly became education in addiction medicine and got rid of my old ideas and feelings about ‘those’ sorts of people.

Today I look back over the past 30 years and I am very pleased that I have been able to help over 40,000 addicts and their support systems in that time.  I continue to practice addiction medicine as a family physician and love it most of the time.  Unfortunately many of my doctor colleagues still have attitudes, as I had 30 years ago, which make it difficult if not impossible for them to treat their addict patients.  If they believed diabetics were weak people, cancer patients were sinners, chronic pain patients were cowardly and anemic patients were dishonest, then obviously their treatment of those conditions would be negatively affected.  Unfortunately, week, sinful, cowardly and dishonest are all descriptive words still used towards addicts by many health professionals.  Have you ever heard people say – an addict just has no willpower?  Well if you stay with me over the next few months you will learn that addicts have very well developed ‘willpower’ but, if relied upon solely, will nearly always lead to failure.

Let me start with:

First – compulsion.  This is not all the time, it is not every day but it is obvious.  The cocaine addict gets the urge to use cocaine, the alcoholic craves a drink and the vicodin addict is driven to get the pills.  Addicts get the compulsion to do “it” (what they are addicted to).

Second – they do “it”.  I believe it is possible to be an alcoholic but never show the disease because you never have alcohol.  You can be born with the genes to be an alcoholic but you will need alcohol to trigger the disease in you.  This would be like a person born with the genes to be allergic to penicillin but who never receives that antibiotic.

Third – loss of control.  Addicts do not always have the compulsion to use and are not always using but when they do, they sometimes lose control.  Examples are: having 12 drinks not the clearly planned 3; coming home after 3 days of cocaine binging when you only planned to drop in on old ‘using’ friend; still sitting at the blackjack table 52 hours after starting a ‘few hands’.

Fourth – problems from doing “it”.  These can be in any area of your life and often more than one. Some areas are physical, mental, spiritual, social, legal, marital, job, exercise and fun.

Fifth – repeat the cycle over and over again with changes in the how, where, why and when but not the compulsion leading to doing “it” followed by loss of control and problems.  Look at my definition – look at the person – be honest with yourself and decide has the use of “it” become an addiction.  The fact that you are even thinking about this problem should lead you to get more information but if addiction is present, treatment is absolutely needed.  This is a chronic, progressive and often fatal disease.

I initially thought that “It” was always a substance like alcohol, cocaine or heroin but as I learned more about this devastating disease I found that “it” could have many forms.

Another similar definition to the above is “continued compulsive use of a ‘substance’ or ‘behavior’ to get high and/or prevent withdrawal despite adverse consequences”.  By adding the word “behavior” we have, very significantly, opened up the possibilities of what the “it” can be.  I believe you can be addicted to sex, work, exercise, religion, shopping, gambling – any behavior that can affect how you feel in a strong or powerful way, i.e. get ‘high’.  For some people getting ‘high’ can be feeling stimulated, powerful, energized from stimulants like cocaine and methamphetamine.  It can also be produced by behaviors like exercise, sex and gambling.  For some people, getting ‘high’ means being relaxed or numb from the use of tranquilizers, sedatives, opiates and alcohol.  Finally, a few people get ‘high’ on hallucinogens, which can give very strange effects on how you see, feel, hear and taste the outside world.

To state that addiction is a disease is possible when you understand that a disease is anything that causes harm to the body or mind whether it be a ‘thing’ like alcohol or a bacteria or whether it is an action or behavior like gambling or tennis giving tennis elbow.

Probably, one of the first alcoholics was Noah (Genesis 9:20-21) and one of the first doctors to define alcoholism as an illness and call it “an addiction” was Benjamin Rush, M.D. in 1785.  So the idea of addiction being a problem and being defined as a disease has been around a long time.

Alcoholics Anonymous says that alcoholism is cunning, powerful and baffling.  Nothing has changed over the years except alcoholism, as a disease of addiction, is no longer as baffling and we are making significant progress in understanding it and realizing the need for treatment.  This disease can easily kill you, but with treatment you can put it in remission (non-active).  It will take education, hard work, time and commitment. 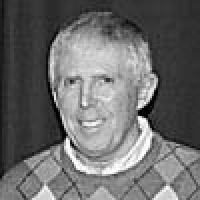