Older adult addiction is a changing dynamic in this country. With the graying of the Boomers and a shift of alcohol and chemical abuse to include illicit drugs and polypharmacy, aging and addiction is now intergenerational. There are striking differences in how traditional older adults (those aged 65+) and Boomers experience addiction and recovery.

The “traditional” or adult addict is primarily dependent on alcohol and medications.  This is a vastly untreated group that represents tragic loss for millions of individuals and their families.

Why is it that we as a society do not address older adult alcohol or medication addiction?  The reasons vary from ageism to misunderstanding and misdiagnosis. Many people buy into the notion that Grandpa is “happy” this way, which is hardly the case when life is a blur. A number of symptoms of alcoholism mimic other disorders associated with aging.

Look for these signs and relate them to a broader picture of behavior and consequences:

If you suspect that the older person has a problem, the time to address it is soon, because delay could be deadly. How we approach the older adult is important: with care; concern; non-blaming; objective reasoning; and always when the person is sober. You can relate the drinking problem to its consequences, such as failing health, accidents and isolation, but avoid using words like “addiction” or addict” because older adults view addiction as a moral failing, not a disease.

When abuse of alcohol or chemicals has not become full-blown addiction, a brief intervention by a trusted physician who is versed in these interventions is often successful. The person is apt to follow directions from a respected doctor.
The MAST-G is the most commonly used diagnostic tool used to identify addiction among older adults, and should only be administered by a professional.  The CAGE questionnaire is also used reliably.

Fully one third of all older adult addiction is late onset. Painful or major life transitions, such as loss of spouse or retirement, may result in unhealthy coping behaviors.  Risk factors include depression, loneliness, anxiety and a lack of a sense of purpose.

Often individuals have been “social” drinkers for years, and when painful life transitions occur, they drink more. For others, such as Hanley Center alumnae, Ruth, a pattern of social drinking emerged in later life.  Ruth moved with her husband to a retirement community. Ruth’s husband died suddenly of a stroke. She was lonely and became a regular at daily Happy Hours that the senior community sponsored.  Drinking was part of the thread of social life there, a little “Margaritaville” every day. But Ruth’s drinking escalated beyond “social,” and soon she was isolating, falling, and in failing health. With family intervention, Ruth received treatment, support and the opportunity to enjoy her grandchildren and a renewed interest in life.

Alcoholism is more prevalent among widowers over age 75, but women tend to be more severely affected than men and tend to become addicted faster.

The aging human body simply cannot handle alcohol the way it did in youth, and one drink may have the effect of several. Drugs and alcohol are not metabolized efficiently as we age because the liver shrinks and liver enzymes decline. Alcohol is water soluble, and total body water percentage declines for men and women. Body fat increases, so alcohol and drugs are absorbed into the body fat and stay in the body longer. It is not just the amount, but also the effect that really matters.

Medical conditions are often directly related to alcohol or medication abuse, as was found in an early 1990s study by the U.S. House of Representatives Select Committee on Aging. . At least 70 percent of all hospital admissions of those aged 65+ are the direct result of alcohol or medication abuse. The study also found that 50 percent of all nursing home residents (older adults) have an alcohol problem.  Cancer, lung failure, heart and kidney problems, bleeding ulcers, anemia, perforation of the intestines, gastritis as well as liver disease are all related to heavy alcohol use, and vitamins and minerals are no longer easily absorbed.

Medications and the slide to addiction

Older women are more apt to take psychotropic medications that have been prescribed to them, often long term. Physicians are 37% more likely to prescribe a tranquilizer and 33% likelier to prescribe an anti-depressant for women than men. Benzodiazepines, such as Valium and Xanax make up the largest number of prescriptions. When a doctor prescribes medications, it is often not questioned by the older adult patient. Benzos” taken at high dosages or in combination with alcohol can also be fatal. Interactions of medicines can be dangerous as well.

Generally, older adults take an average of 4.5 medications and several over-the-counter medications.  Physical dependence slides into addiction when the individual is taking more of the drug for the same effect and he or she may doctor-shop to obtain medications. Don’t underestimate the availability of online drugs as well, because many seniors spend lots off time online.

Post-surgical pain poses a risk of relapse for recovering individuals. It is vital to identify a support person prior to surgery.  Someone should also be present to monitor and sometimes administer the medications. Proper tapering of medications is imperative, and all members of the medical team must be apprised of the patient’s history.

Treatment for older adult age 65+ share some similarities with older Boomer treatment such as, a slower detoxification and treatment process, but the big differences are rooted in drugs of choice and/or generational values.

Those influenced by the depression era and war years learned early to be responsible for themselves and not to air personal problems, family conflicts or “secrets” with others. And in the 50s, “Leave it to Beaver” was thought to be the family norm. Respect for elders and authority were, and still are, important. Older adults feel far more comfortable in a peer age group setting, but not with younger “drug addicts.” Often there are cognition and mobility problems, as well as malnutrition. A holistic and multidisciplinary care plan includes medical and psychological care, wellness, including re-education in nutrition, and customized, gentle exercise.  Spiritual wellness and education about the Twelve Step philosophy are also key to recovery.

Recovery: Older adults who receive quality, gender-responsive treatment have higher success rates in recovery than other age groups. We have found them to be some of the most committed volunteers. Sober Senior support groups are also among the most active Twelve Step groups.

Renewed connections in recovery: Think about the potential of grandparent/grandchild relationships. Renewed connections nurture purpose, as do participating in sober activities.   Purpose makes the difference between getting up in the morning or staying in bed.

Boomers will challenge the system

Boomers have been committed to the concept of continual youth, and have spent billions in pursuit of it. Yet for many, alcohol and drug problems are causing serious consequences in their lives. According to Deborah Tunzo, who coordinates research for the Substance Abuse and Mental Health Services Administration (SAMHSA), the numbers of Boomers who suffer from chemical dependencies may swamp the system. According to a SAMHSA report published in 2005, the number of Americans admitted to treatment who were over 50 years old was up to 10 percent of the total, from eight percent of the total in 2001. The agency predicts 4.4 million 50+ alcohol and chemical abusers by 2020. More than half of those aged 50-54 have used opiates, cocaine, marijuana or methamphetamines at some point in their lives.

They’ve been called the “Me,” the “Youth” and the Woodstock Generation. They grew up in an age of civil rights, the Vietnam era, the end of the Cold War and the fall of the Berlin Wall, and the birth of Cyber Space. The Boomers’ broad generational values differ, even clash with those of the preceding generation. This “Youth” generation is also idealistic, and believes in service, therapy and self-help.

Boomers who suffer from addiction may take multiple drugs, often with alcohol, and are presenting to treatment with a high rate of dual diagnosis and serious medical complications. We are seeing more cases of hepatitis C as early drug users enter their mid 40s and 50s. Treatment must respond to Boomer values as well as the reality of illicit drugs. Continuing care is often indicated.

How do you engage the Boomer patient in treatment? Following detoxification and stabilization, address this individual not by age, but in relation to his/her current life roles and issues and goals. A grandmother may be 44 years old while another 44 year-old may be a new parent. Second and third marriages bring blended families. Second careers are common. A Life Stages approach within holistic, gender-specific treatment may address such issues as grief and loss, sexuality, and anger in relationships.

We’ve found a wide range of therapies to be effective with Boomer patients, including Motivational Interviewing. We also apply experiential therapies that offer healing outlets for creative and emotional expression. Menopausal and post menopausal women also explore the role hormones play in craving and mood swings as a relapse factor, and we’ve found Hanley’s Hormonal Shift Assessment to be a powerful factor in self monitoring and self care.

Boomers have been and will continue to be a major influencing force in society.  Although health costs associated with their alcohol and chemical dependence could be daunting, we need to help these Boomers reignite their lives. We will all benefit. 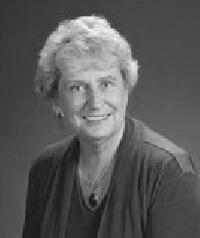