ADDICTION HAS TAKEN MY FAMILY HOSTAGE

Today is like every other day. I start it with turning on the shower, walking to the kitchen to feed the cat, to the garage to clean her litter box, and once her needs are met, I focus on mine. I take my shower and make my bed. The routine is always the same, oatmeal and yogurt for breakfast, hot mocha for a beverage, and raw walnuts and fresh blueberries. During breakfast, I remember to take my medication for high blood pressure and Prozac to keep my mood stable. I realize this all seems normal to anyone reading the steps I take each morning. For me, routine is a big deal, otherwise I become lost, confused and scattered.

I am an adult child of an alcoholic and high functioning Al-Anon member, both of which never ever obtained sobriety, nor did they learn how to manage in any form of normalcy. They had eight children, six girls and two boys. I was #4 of 8 and #4 of the girls. Smack in the middle of every aspect of a large family.

My father was a playboy among his peers. He was tall, slender, had a thin mustache and black straight hair. His black-brown eyes were deeply set, and he had a large forehead. He always wore long-sleeved, button up shirts tucked into his slacks. He was always neatly groomed and said very little. His job was a welder in the shipyards in Richmond, CA.

My mother was a short, stocky woman with beautiful, sparkling green eyes. Her hair was black and thick, curly and styled most of the time with a little curl above her left eyebrow. She was everything to us. Her words were like a trumpet, and we obeyed her blindly. If she said it, we believed it, and we followed it.

The house (we moved 15 times by the time I was 14 years of age) was filled with music, singing, drinking and fighting. The smell of alcohol and cigarettes was common. Momma always had piles of biscuits and milk gravy, hot chocolate and beans cooking. I remember the smells most of all about growing up. I often react to flashbacks of my childhood when I experience similar smells of home.

By the time I was three years old, I had been raped by a cousin, (Well, actually, he was the cousin to my cousin, but not an actual blood relative). His name is Richard. He was 18 when he first offended me. When I was five, he was 20, and he was once again in front of me, but this time I was old enough to know he was not a safe person. When I first saw him, I stopped breathing in fear. He picked me up in one fast swoop, pulled my panties down and forced his penis into my baby vagina, penetrating me. I yelled in horror and pain. It appeared it was just a few seconds, happening very fast. I recall him throwing me to the floor, then running and jumping over a fence, disappearing quickly from sight.

His parents and mine, along with all the children in the house, appeared in front of me. I couldn’t speak, and I couldn’t stop screaming in terror. My bottom felt like I had been burned. Momma was yelling at me to shut my mouth, and I wanted to, but I couldn’t. I didn’t know how to explain what had taken place.

They piled us (her eight children) into the car. I sat in the back in the middle of my siblings continuing to scream and cry, and I watched as the car drove away from his parent’s home; just like that, it was magic. The terror and fear left me, the screaming and crying stopped, and I could breathe. The physical pain was nothing compared to the emotional damage he had done to my spirit.

Not a word was mentioned about what had happened or why I was so upset. We just went about our daily lives, and the same old same old took place without missing a beat!

By the time I was seven years old, our parents separated. We left Richmond, California, and headed to Picher, Oklahoma where our momma’s family lived, and she had a support system. While my older sisters and momma had bad things to say about dad, I loved him, and I missed him. I was heartbroken that he would come home, and we would be gone.

Dad was a hit and miss kind of guy. He was home enough, but not enough. I am not sure that makes sense, but we were all accustomed to his coming and going as he pleased. Domestic violence, drunkenness and police interaction was commonplace. Our house had been on fire two times that I recall, and our mother was injured by a faulty stove that blew up. This occurrence was something that left my siblings and me in horror and fear.

The diagnosis of Post Traumatic Stress Disorder has been given to all of us (eight children). As much as we hated what we had lived, we brought that dysfunction to our marriages, homes and children.

Our dad died in 1991 from alcohol-related illnesses, and our mother died in 2006 from diabetes and heart disease. In 2008, our oldest sister died from kidney failure due to alcoholism. In 2011, a nephew died of Aids from sharing a dirty needle. In 2017, our youngest sister died from cancer at the age of 57; she had been abusing drugs from the age of 12.

Right now, today, four of my nephews and one niece are in prison from drug-related crimes and violence, and one of my four daughters is in prison for the same. Over the last 10 years, there have been 11 family members in jail or prison, three siblings included.

I have been clean and sober for over 30 years. However, I have had years and years of therapy, self-help groups and personal journeys into spirituality. I read everything I could to find a way to not be angry, scared, ragefully acting out, filled with anxiety to the degree that I would vomit or experience IBS.

I have a photograph taken in 1986 of those nephews when they were in grade school and preschoolers. They were huddled together so that I could take their picture hugging each other and laughing, sweating from the humid summer air in Oklahoma. I cannot look at that picture without crying.

Those same boys are now men in prison, considered a danger to society. I doubt that they will ever know peace or sobriety or find a place where they will be comfortable. All of us have the syndrome of being “Adult children of an Alcoholic/Addict.” We eat, breathe and live in uncertainty. Not being able to manage our emotions or thoughts, not knowing who we can trust or believe in.

It’s as though we have been prisoners of a secret war, as hostages who are brainwashed into accepting circumstances as never changing. Addiction has taken most of our family, killing them, imprisoning them, robbing children of parents or parents of children, causing medical and mental disorders that cannot be treated in time.

I am educated in addiction and mental health. I am sober, and I am free from that bondage; however, when people I love suffer, I do as well. My goal in life is to show them the way. I have tried to be a good example, to show them that change can happen with time. Those that have died tried for a while, but lost the ability to continue with the commitment to sobriety. Some are in jail, and may never see the outside of prison walls again.

The good news is this. I have four nieces who have come to treatment and have their children back. Three of them work in the field of addiction, being the best they can be. My family is finding a new way of living one member at a time. I am witnessing it, and it is glorious!

I suppose the message I am attempting to give is that families who are generationally addicted to drugs or alcohol come with more than dealing with the physical symptoms of what that means. Post traumatic stress disorder has levels that are not always mentioned. Domestic violence, sexual abuse and neglect is also a part of the package of addiction.

I think it is important to help those who seek guidance from the workers of addiction concerning the family dynamics, and how this serious, fatal disease continues until someone takes a step into recovery and learns to deal with life sober.

I love the logo “One day at a time.” That’s how I live my life. I stay as much in the present as I can, leave grief and fear behind and deal with it as it surfaces. Perfectionism and self-righteousness is something that I deal with mostly, working at not judging others and loving them in spite of what they do or how they live.

To my beautiful children I often say, “Good or bad, right or wrong, sick or well, I love you, and I am your momma forever and always!” 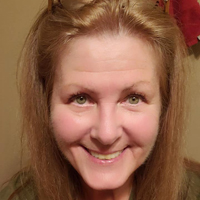 The Addict that Lacks "Emotional Maturity"

About the author: The focus for Gail Echeverria is primarily on education not just for the...