Are Opioids to Blame for the Sharp Rise in Cocaine Overdoses?

Are Opioids to Blame for the Sharp Rise in Cocaine Overdoses?

Cocaine use has gone down in recent years, yet overdoses are on the rise – and recent studies indicate that concurrent opioid use may be driving the increase.

As practitioners and counselors, we need to recognize this as a significant development.  By educating ourselves and taking this additional risk into account in treating addicts who use either cocaine or opioids, we can effectively decrease the risk of overdose in our patients.

To gain a deeper understanding of the issue, let’s examine the statistics and history of this killer combination, why it’s so dangerous and ultimately, what it means for the future of substance addiction treatment.

Cocaine and Opioids: The Statistics

By all accounts, cocaine use is dropping.  Between 2006 and 2010, cocaine consumption declined by half in the US, and recent evidence from the UN Office on Drugs and Crime indicates that the global cocaine trade is in decline.  One might reasonably assume, therefore, that cocaine overdoses have declined in a similar fashion.

However, surprisingly, the data say the opposite.  Despite cocaine use continuing to drop steadily in the US between 2010 and 2015, the number of cocaine-related overdose deaths in the same period went up.  A staggering 7,000 fatalities were recorded in 2015 – an increase of 160% over 2010’s figure.

Understandably, the seemingly illogical juxtaposition of decreasing cocaine use and increasing cocaine overdoses confused authorities for a number of years.  However, a new study may have found the missing link: opioids.

According to autopsies, many of the recently recorded cocaine-related deaths have involved the use of opioids and cocaine together, with an overwhelming 63% of the almost 6,800 cocaine-related deaths in the US in 2015 being opioid-related.  Lending further weight to the theory, opioid use, both prescription and illicit, has been on the rise – climbing 493% from 2010 to 2016.  Conversely, cocaine-related deaths that did not have an opioid component were progressively less common between 2006 and 2015.

These statistics, taken together, suggest strongly that opioids could be the driving force behind the overall increase in cocaine-related overdose deaths.

The History of ‘Speedballing’

Though hard evidence of its dangers are relatively recent, mixing opioids with cocaine is nothing new.  Many high-profile overdoses, from those of comedians Mitch Hedberg and John Belushi to the more recent death of actor Philip Seymour Hoffman, were brought on by taking cocaine and opioids simultaneously.  Intentionally taking opioids and cocaine together (commonly by snorting or injecting the mixture) is a practice colloquially referred to as ‘speedballing.’

Taking cocaine and opioids together purportedly gives the user an intense high that combines the rush and euphoria of both drugs – hence the appeal.  At the same time, their combination reduces the less-desirable effects that either drug might elicit in isolation – like the anxiety and palpitations from cocaine or drowsiness from the opioid.

Speedballing is a common practice amongst certain drug users, but in isolation, it’s likely not sufficient to explain the dramatic increase in opioid-cocaine overdoses in recent years.  In many cases, the opioid active in historic celebrity deaths was heroin – but cocaine-opioid overdoses are increasingly linked to prescription painkillers, such as fentanyl and oxycodone, instead.  Authorities believe that many people taking the drugs together are unaware that they are doing so – and that they’re inadvertently taking a deadly cocktail.

Unfortunately, there’s evidence to support this.  Recently, cocaine seized in drug busts has increasingly contained fentanyl – implying that users are often not making the conscious choice to speedball.  Those who are unaware they are taking opioids with their cocaine are the most at risk of overdosing, as they are unlikely to adjust their dose accordingly – and even a small amount of the combination can prove fatal.

Why Do Opioids Cause Cocaine Overdose?

Mixing opioids and cocaine results in overdose a disproportionately high amount of the time.  Broadly, this is due to the opposing – yet disproportionate – ways the two drugs interact with users’ bodies.

However, there’s a problem.  While the counterbalancing works as intended for a while, over time the balance shifts.  The stimulant effects of cocaine wear off far more quickly than the depressant effects of opioids, and as this happens the full, uninhibited effects of opioids hit the body.  If the dose is high enough (as it often is), fatal respiratory depression results.

Given that cocaine initially counterbalances the depressant effects of the opioids, a fatal dose of opioids can be mistakenly taken without the user knowing it until it’s too late.  Until the effects of the cocaine wear off, the user believes – and behaves – as if things are under control.  Consequently, and tragically, they believe that they have a higher tolerance than they actually do, and that they’re less intoxicated than they actually are.  Under these circumstances, it’s only a matter of time until well-intentioned misjudgment results in overdose.

Delayed opioid overdose is likely the most common mechanism of overdose in cocaine-opioid overdoses, but the counterbalancing effect goes both ways – and users can overestimate their cocaine tolerance with similar results.

The Future of Opioids

Historically, statistically and anecdotally, it’s clear that there’s an insidious relationship between opioids and cocaine.

Unfortunately, by all indications, opioid use will continue to rise.  Despite widespread understanding of the dangers of heroin addiction, the past decade has seen a disconcerting increase in prevalence of opioid use.  Statistics state that, between 2001 and 2013, opioid use went up by 400% in Australia – and Australia consumes far fewer opioids than many other countries.  Topping the charts for opioid consumption is the US.  In 2015 alone, the US recorded a record high of over 52,000 overdose deaths – of which almost 70% were linked to opioids.

There are a few theories as to why this steady increase in opioid use is taking place, with the most popular theory citing the over-prescription of opioid painkillers.  As a practitioner, you’ve seen how easily over-prescription gives addiction an easy stronghold – and you know that the prescription eventually runs out, leaving the user high and dry, looking for alternatives.  Often, those alternatives are heroin or illegally-manufactured counterfeit opioid painkillers.

With opioid demand and availability at an all-time high, it’s not difficult to understand how the problem has gotten as out of hand as it has.  More people have easy access to opioids than ever before – leading to more addictions and more overdoses.  And, unfortunately, the trend shows no signs of slowing or reversing.

This means that we are likely to see a steady increase in cocaine-opioid overdose deaths – unless we are able to turn the tide on the ground.

The Way Forward for Practitioners

Unfortunately, this epidemic isn’t slowing down – and we can’t rely on top-down solutions to limit the damage.  Until governments are able to educate the masses and offer low-barrier-to-entry treatment options for those in need, our best option remains to spread awareness and solutions on the ground, from the bottom up.

What can we do, as practitioners and counselors, to help our patients avoid accidentally overdosing on a lethal cocktail of cocaine and opioids?

Our first line of defense is raising awareness within our profession – amongst our colleagues.  Practitioners and counsellors are ‘ground zero’ of the epidemic and have the power to effect change in all of the patients they treat.  If professionals are unaware of the current risks of cocaine and opioid use, they will fail to take them into account in treating cocaine and opioid addicts – which effectively puts their patients at a greater risk of overdose if relapse occurs.  Conversely, by educating our colleagues, we can help them keep their patients safe as they attempt to recover.

In terms of short-term interventions for our patients, offering access to naloxone to reverse opioid overdoses in cocaine and opioid users can help them to navigate situations they’re not prepared for, if they relapse.  Make sure your patients know that cocaine can sometimes be laced with opioids without their awareness – and help them to understand the dangers of that lethal combination.

Education and last-resort fail-safes are a good first step for our patients.  However, as I’m sure you’ll agree, it’s better to treat – to heal – than to simply offer access to medication and advice.

Given the risk of unintentional overdose upon relapse, permanent healing is the only reliable way to ensure that our patients don’t succumb to this epidemic.  And quality residential rehab remains the best way to do just that. 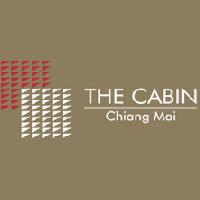