Are Our Senior Citizens Hooked on Drugs?

Do you know what the fastest-growing U.S. population is? Here’s a hint: This population is expected to double in the next 20 years. If your answer was adults older than 65 years old, you were correct. What age group do you think uses more psychoactive medications than any other group? That’s right, our seniors, and that’s possibly your Grandma or Grandpa, or even your Mom or Dad who take prescription medication on a daily basis.

According to a recent report by the National Institute on Drug Abuse, as many as 1,800,000 Americans over the age of 65 may be dependent on Medicare-provided prescription drugs. The National Institute on Drug Abuse (NIDA) has released a report that suggests that older adults tend to use prescription medication three times more frequently than the general population and have the poorest compliance rates related to taking medications as directed.

Our senior citizens currently are at risk of addiction from regularly using benzodiazepines or a group of central nervous system depressants, such as tranquilizers Xanax, Klonopan, Valium, Ativan and Librum; along with sleeping medications such as Ambien, Halcion, Dalmane and Restoril; muscle relaxants such as Soma, Flexeril and Robaxsin; and alcohol. In addition, opiates and analgesics for pain relief, such as Vicodin, Codiene, Oxycontin, Ultram, Morphine and Duragesics place our seniors at risk.

Causes of Misuse. Our older people may have been misusing or abusing alcohol or drugs for years, or now they may have problems with chronic pain, anxiety and insomnia, or emotionally suffer from the loss of a spouse or other traumatic events, creating feelings of grief or loneliness, possibly complicated by financial or medical problems.

Discontinuation Difficulty. In general, seniors want to feel calmer and sleep better, however, find it difficult to discontinue the use of their drugs and are unaware or ashamed to admit when they are become dependent. What’s worse is that family members tend to ignore their drug problems because they don’t imagine their aging parent or grandparent being hooked on drugs. Maybe it’s depression or they are just getting sick. Could drugs have caused that accident, or was it a simple fall?

Accidents later in life often lead to complications that can become deadly, or seriously hurt someone else if under the influence while driving. In fact, Ambien can cause both retrograde amnesia and antregrade amnesia: seniors will often eat in their sleep, sleepwalk, drive their cars in their sleep and not remember doing it.

Easy Access. It is easy for a senior to get a prescription. All they have to do is mention pain to get the drug they want. Did you know that older adults are prescribed higher doses of some medications for longer periods of time than younger adults, even though there is a decrease in ability to metabolize medication later in life? Unfortunately, it’s easy for seniors to get hooked on drugs from the high numbers of prescriptions they use. Family members may not understand that mood swings, depression, irritability, fatigue, insomnia and the inability to stay focused or involved in a conversation are not just signs of old age, but of misuse or addiction.

Generational Influences. This Baby Boomer generation grew up in a time when hard-core drugs were more widely accepted and were known to use a number of drugs at one time. They believe if a doctor prescribed the drugs, they must be safe, and do not realize that these drugs cause dependency and interact with one another, resulting in confusion. They may also believe they are immune to addiction and experience the misconception that mixing medications or doubling up on their medications are a fast fix to their health problems. It’s also a fast way to an accidental overdose when combining sedatives and opiates with alcohol. Consequently, this fast-fix mentality is leading to a nationwide health-care dilemma.

Have you reached the phase of life where you need to parent your parents? If you have, you are about to face watching your loved ones suffer symptoms of aging, complicated by “solutions” of mixing medications or what we call travelling.

The Slippery Slope of Side Effects to Senility

The slippery slope to senility begins when you notice some common signs and symptoms of aging. Signs and their consequent physical side effects to watch for in your loved ones follow:

What if a medical provider refuses to give patients prescriptions for free medications? Oftentimes our seniors will see other health care providers, and the dilemma continues. One prescription for Ambien for seven days is just enough time to get a senior dependent on the medication, and if they stop taking it, they will experience rebound insomnia and anxiety.

This situation is similar to seniors being placed on benzodiazepines in the 1980s for anxiety, depression and insomnia, and then the discontinuation of these drugs, which resulted in insomnia and consequently justified their continued use. Stopping these medications cold-turkey could result in seizures and delirium.

Drug interactions and mixing medications, as discussed, often mimic medical and psychotic illnesses in the senior citizen. For instance, opiates analgesics and benzos have been associated for a long time with cognitive impairment. Use of opiates and benzos at bedtime can cause sleep disturbances and exasperated sleep apnea, causing a further decline in patient’s cognitive ability.

Usually this process is gradual. So grandma and grandpa are planted on the couch and just thought of to be experiencing simple senility or senile dementia.

Senior drug addiction is something most seniors thought they would not have to overcome. Withdrawal symptoms are devastating, so a safe and slow withdrawal should be the protocol with a board-certified physician trained in addiction medicine who has specific experience with senior addiction issues and medical needs.

Recognizing senior drug addiction is complicated. If you or someone you love is dealing with addiction, know detoxification is better than senility or death. It can be amazing to witness the cognitive improvement a patient will experience once you can assist him through the three to five hard days it takes to detoxify your grandmother or grandfather to get off this medication.

Remember, these patients are better treated by a Board Certified Addiction Medicine Specialist (ABAM) who can treat these patients in an ambulatory setting and in the comfort of their own homes (as opposed to a psychiatric hospital where they do not truly belong). At this time, ABAM is a new specialty board and there are few qualified specialists around. In addition, many HMOs and third-party payers do not recognize the specialty and refer patients to mental health specialists, where they are often diagnosed with bipolar patient and placed on more medications.

Many senior treatment centers are seeing marked improvement in their patients with holistic practices such as yoga, stretching, meditation and relaxation techniques. Using nutritional supplements and exercise also produce exceptional results in recovery from senior drug addiction. After-care works wonders. If you are interested in relaxation and meditation CDs visit: www.mymentalwellcare.com or if you are interested in DNA-based, all-natural nutritional supplements made just for your senior, visit: www.mydnawellcare.com.

For the purpose of continuing education unites, the course objectives for this article are: 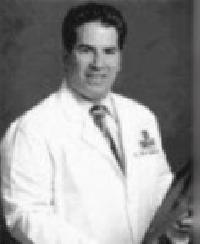 I went to an addiction conference the other day given by a national expert. He said his addiction...