Are We Just Talking To Ourselves?

“Try not to get caught up with the endless argument about whether alcoholism is a disease or a bad habit. If alcohol is a problem for you or your family, the difference doesn’t matter, and worrying about it will only delay or even prevent you from seeking the help you need. You can sort out the argument once you are in recovery.” Â­

It’s in my genes – I can’t help it! I’m Irish. You know I love to talk. And talk. Being a young adult in the storied pubs of my native Dublin honed my skills. Talking a great talk was the price of admission to the highest stakes tables. Keeping company with seriously famous writers and artists was the payoff. What a rush!

Now that I’m in recovery, I’m hanging out with another tribe of world class talkers. We addicts just love to talk. And talk. Some 12Â­Step meetings have introduced timed shares for participants and instructions to the effect that chairs just shut up after they’ve finished their leads – no feedback, cross-talk, response, amplification, advice. Nothing further, we’re being told. You had your say. Thank you. Now, give another drunk a chance to talk (per the “Spiritual Timekeeper”).

Meanwhile, the 12 Tradition is being explicitly interpreted as “what you hear here . . . let it stay here.” That is, we’re under instruction to stop talking when we leave the building. As if. To be honest, I’m not sure that’s the meaning of the tradition.

For the uninitiated, the 12 Tradition reads: “Anonymity is the spiritual basis of all our traditions ever reminding us to put principles before personalities.” It seems to me that we’re being sworn – and rightly! – to protect the identity of our fellow attendees and not to gossip, but I don’t see any prohibition on discussing the insights we’ve experienced over the past hour. If I can’t talk about the principles I hear in meetings, how can I integrate these lessons into my life?

In any event, who are we talking to? Does our talk have an audience beyond the rooms? Yes, I love the sound of my emerald accent and I’m so often impressed by my application of the mot juste, but is there anybody out there who cares? My recovery peers, maybe, and those professionals who dedicate their lives to listening to people like me, the better to help us course-Â­correct on a needs basis. Fair enough. But are we just an echo chamber?

Irish America magazine is a biÂ­monthly glossy widely distributed across North America. In common with general interest publications of its kind, it covers celebrities (movie stars from Maureen O’Hara to Colin Farrell, musicians such as U2 and Sinead O’Connor, and political figures including Martin O’Malley and George Mitchell), social events, cultural milestones and heritage stories. It’s a lively mix, and you subscribe because you have some connection with Ireland. You do not automatically

expect to read about recovery in these – or similar – pages.

Which begs the question: why not? Don’t any of our world class talkers write for mainstream outlets like Irish America?

Well, back in 2012, Irish America magazine ran a groundbreaking essay by my fellow Dubliner, Dr. Garret O’Connor, then President of the Betty Ford Institute, in which he discussed what he terms “malignant shame” and its role in the disease of alcohol addiction in Irish and Irish Â­American families. The wellÂ­ respected psychiatrist didn’t pander to any presumed lack of understanding or foreseeable prejudice in his readers, nor did he sidestep the question of his own positive recovery status. (Dr.O’Connor has been “out” about being in long-term recovery from alcoholism for many years.) The response was tremendous and the piece remains among the top ten most popular reads on the magazine’s website. Dr. Garrett O’Connor is a “crossover” hit.

For a distinguished career serving the sick and suffering, Dr. O’Connor has been repeatedly honored, most recently as a 2015 Irish America Healthcare & Life Sciences honoree (AugÂ­-Sep) –http://irishamerica.com/. (Full disclosure: the present writer is also on the list.)

Meanwhile, two years after Dr. O’Connor’s essay appeared, Boston elected Martin “Marty” Walsh as its Mayor. Nothing unusual about having a proud Irish American at the heart of civic power in Massachusetts! What makes Walsh’s election hugely significant is that he has been openly in recovery from alcoholism for much of his political life. Covering this phenomenon, the New York Times observed that “former alcoholics and drug addicts are not typical voting blocs.” (There’s a statement!) The paper continued, “Most do not want to be identified. Because of privacy issues, they are hard to recruit. Campaigns do not target them with clever messaging. Some have never voted.” (What an indictment! Aren’t we citizens too?) (October 29, 2013) The reporter could have been describing a lost tribe from a remote savanna, not your friendly folks from the next-Â­door basement meeting. Not us champion talkers.

The paper also reported that supporters had privately given the candidate their 12Â­-Step medallions, which Walsh kept in his pocket for good luck, promising to return them after the election. Said Walsh, “They gave them to me out of a sense of pride, a sense of accomplishment for the struggles we’ve all been through.” A powerful message, one with resonance beyond the rooms, hiding in plain sight in the newspaper of record.

While members of the recovery community undoubtedly voted for him, Walsh’s success is a testament to how widely he communicated the personal trustworthiness and productivity of recovering addicts. It’s quite an achievement. His election tells us that it’s now possible to be “out and proud” and still fulfill ambitions for public office. This is news.

Marty Walsh is another “crossover” hit. (And, yes, Irish America magazine did run a fullÂ­-color cover story on the Mayor early in his term of office, naming him 2014 Irish Person of the Year.)

Is this mainstreaming of recovery important? Why? And what are the challenges inherent in translating our experience, strength and hope? The benefits? Or, are we comfortable enough in our selfÂ­-contained cocoons and community centers? Who cares what civilians think?

According to the grassroots lobbying organization, Facing Addiction (https://www.facingaddiction.org/), addiction

impacts oneÂ­-third of American households and 90% of those needing treatment don’t get it. Yet we know, and our knowledge is evidence-Â­based, that treatment (of the willing) works. These statistics alone reveal a horrifically under-served population. A population that seldom, if ever, hears the voice of us talkers, of those of us in long-term recovery. We need to move ourselves from the margins to the mainstream if only to reach them.

At the simplest level, having an essay such as O’Connor’s appear in a mainstream publication provides an effective platform for reaching our fellow addicts, their loved ones, social and cultural circles, employers. Culturally, Irish Americans boast of their Irish heritage, an identity which surely includes one of the all-time great alcoholic stereotypes. (Think, for example, of the annual St. Patrick’s Day blowout – a drunken mess coming to a city near you this year, next year and every year.) The niche served by Irish America magazine is not negligible in terms of either population or readership. Bringing a message of hope to this audience is surely important work.

Professionals, influencers and policy makers also take note of conversations in the public square. In a funding context in which recovery has been identified as a primary goal for behavioral health care, we continue to prioritize the visibility of people in recovery as a constituency to be served by public policy. Recovery community leaders have been making headway through rallies such as the UNITE event in Washington DC on October 4, and the wide distribution of Greg Williams’ film The Anonymous People.

There’s more (talking) to be done, and to strategic effect.

Are any of our efforts winning hearts and minds? Quoted in Irish America magazine, many who were moved by Dr. Garrett O’Connor’s personal acknowledgment of his struggles with alcoholism nonetheless seemed to be still caught in the moral failure view of addiction. Let’s not fool ourselves that the American Medical Association’s adoption of the disease concept of addiction some sixty years ago has significant traction. It might be lifeÂ­saving for us, but it’s still considered something of a fairy tale out in the world.

(If you doubt me, take a look at that television documentary on Ben Affleck which confidently assured us that the multi-Â­talented star is “too smart to become an addict.” As if “smarts” had anything to do with disease.)

Can we change this misperception? Of course we can. But we’ll have to start talking outside of our comfort zone. We’ll have to refine our messaging so that we can be understood beyond our echo chamber. Like those activists before us who brought such scourges as tuberculosis, cancer and HIV/AIDS safely into polite society, we have to being recovery talk to the mainstream.

It’s time for our close up.

President & CEO of Sobriety Together™ Recovery Education & Coaching Services, Ruth Riddick is a 2015 Irish America Healthcare & Life Sciences honoree and a woman in long-term recovery from addiction. Contact her at ruth@ruthriddick.com 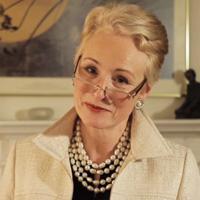 As late summer sun slanted through the many windows of Barbara’s elegant seaside condo, Richard...