Brain Space: A “Balancing” Act for Recovery from Addiction and Co-Occurring Issues

The intricate workings of the human brain are one of the mysterious last frontiers of modern medicine. While gross anatomy of the brain has been known, the complex operations and inter-connections of this amazing piece of human “equipment” are only now beginning to be fully understood.

A balanced and healthy brain thinks logically and processes complex patterns. It not only has the capacity to organize and direct movements, it identifies and balances emotions, consciously and unconsciously focuses attention, as well as discovers, learns, creates various senses.

With the onset and course of addiction, many of these brain operations are significantly impaired and are not automatically resolved with sobriety. Because overall brain resilience is severely compromised and impulse control is extremely weak, as well as in need of strengthening, this problem often leads to relapse. Unless a person has a reasonably healthy brain with robust resilience, good memory, focus, concentration ability, and good executive function, they will typically struggle. We all know that a high percentage of the time, relapse occurs, despite the best of intentions on the part of therapist, client and treatment team. This is hard on everyone concerned, as failure is disheartening.

Created by neuro-engineer, Curtis Cripe, Ph.D. and administered by Sonnee Weedn, Ph.D., NeuroCodex is a brain evaluation and is utilized as a real-time tool. Beginning with a Quantitative Electroencephalography (qEEG) and including neuropsychological tests evaluating over 300 domains of the brain, the NeuroCodex evaluation results include a detailed report that outlines overall brain health. To name a few, it can diagnose with specificity brain-based psychiatric disorders, such as depression, anxiety, PTSD, concussion, and addiction. What follows in the report is a prescription for individualized, proprietary exercises, designed to strengthen weakened or damaged areas in the brain and create balance and resilience that is stable and lasting. The repair and strengthening program is through a Computer-Brain Interface (CBI), called NeuroCoach.

Healthy individuals, can optimize overall brain health and performance, as well as those who want healing from brain-based psychiatric issues using the NeuroCoach program of individualized brain exercises, based on their NeuroCodex outcome report, resulting in healthy, balanced brains. To further optimize brain health, the Peak Performance program of NeuroCoach can be used.

Currently, this is the only computer and brain interactive system that promises attainable and sustainable healing and balance. 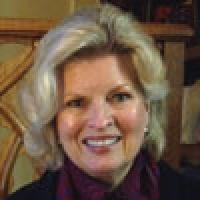 Addressing the Complexities of Chronic Pain

First published in Marin Medicine. Reprinted with permission. As a specialist in pain medicine...