I had a wonderful experience recently when I attended Camp Mariposa (butterfly in Spanish), a camp for children ages 9-12 affected by addiction in the family. A few years ago I was approached by Karen and Jamie Moyer (he, a professional baseball player) about their foundation whose mission is focused on children in need. The outcome of that meeting is Camp Mariposa, offered six times a year (free of charge) for kids, ages 9-17, all made possible by the Bellevue, Washington-based agency, Youth Eastside Services (YES). These kids tend to come from homes in which there is active addiction, so many have needed alternative living situations. As one young boy said to me, “Most of us have been raised by girls,” by which he meant single mothers, aunts, grandmothers or other females. And because there were few family heroes, these kids mostly identified themselves as lost children and family mascots.

At Camp Mariposa, I loved watching the tools the staff used to calm and refocus 24 very active kids. They actually had them knitting — and yes, the boys loved it. They would do a yoga pose, and then shake out their stress, learning about letting go. To see mindfulness practices integrated into the program reinforces that such practices need to be a part of prevention work today. This camp included an outdoor challenge and ropes course, as well as singing and s’mores. I had to laugh as one of the songs belted out at the campfire on Saturday night was a song I use to sing when I went bar-hopping as a child with my father. (He went to the bar — I just waited in the car for hours, but we sang between bars.)

I enjoyed the creativity of the staff working with the kids, using analogies of trees or animals, talking about feelings, family roles and self care. Of course, when the kids acted out family scripts, you realized just how much they’ve seen and internalized. It was a lot of fun for them to be on stage, to be seen and heard and to own so much of the reality of their lives. What these children were receiving is what so many kids in addicted families don’t receive — the validation, support, time and safety to work out their traumatic experiences via play. Throughout the weekend, knowing that the kids were still in some very difficult situations, the focus was on taking some of these new skills into their daily lives. To see them have so much fun while learning to trust, learn skills of self care and talk honestly…well, you get the picture. It was touching and inspiring to see these kids have such a good time just being children in a traditional camp setting. As of this writing, Camp Mariposa is presently expanding into Indiana and Florida, with plans to move into Pennsylvania.

Over the years, there have been other camps, with similar models throughout our country sponsored by local agencies in their areas. Today, thanks to people such as Rosemary Tisch, Jerry Moe, Cathy Brown and the National Association for Children of Alcoholics, educational and support groups are still provided in some schools and other community settings. A few addiction-treatment programs in Canada and the U.S. offer two-to-five-day programs specifically for children, with the Children’s Program at the Betty Ford Center leading the way. And for those of you who were a part of the early years of the adult child movement, the National Association for Children of Alcoholics is nearing its 30-year anniversary. I encourage you to check out its Website at nacoa.org; it is a wealth of resources for individuals and agencies needing assistance in prevention and treatment programming for children.

Yet, as the needs of children of addicts are escalating along with our population, services are lacking in most communities. Left to deal with the stresses in an untreated family, or a family where only the addicted experience a treatment or recovery process, the children remain not just alone, but lonely. They carry false guilt and shame. They don’t want others to see their feelings. It has not been safe to talk honestly and they don’t readily trust others. They struggle with issues of abandonment, neglect and, often, abuse. And if you were to talk with them, in an environment such as Camp Mariposa, they know what is happening at home. When they acted out tough situations in scripts, they had the fine nuances of daily home life painfully accurate. And yet, as is sadly true for most who grow up in such homes, their survivorship skills were apparent. I saw them use humor, compassion and creativity in their coping skills. Let’s not only rely on their resiliency, though — rubber bands only stretch so far. We need to offer support and give them the validation and skills to be able to reject living out a family script and live a life with choices. 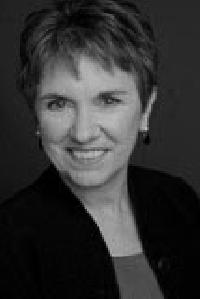