A long-held tenet in the treatment and recovery worlds is that alcoholism and other drug addictions are a family disease. Everyone in the family, including children, gets hurt by this cunning, powerful, and baffling illness. All too often it becomes a family legacy that gets passed from generation to generation. Where does it stop?

Children’s programs provide a unique opportunity to interrupt the multigenerational transmission of addiction. They can teach youth important life skills, empower adults with parenting strategies that they can include in their recovery process, and heal and strengthen the parent/child relationship. Help, hope, and healing are the possibilities of the day.

No Way, No How

“There’s absolutely no way that’s ever going to happen,” she blurted out in an angry tone. I could clearly hear the emotion building in her voice. The mere suggestion, delivered in a careful, gentle manner, that her son might have been affected by her problem drinking was too much for her to hear. Sitting across from me was a bright, attractive 34-year-old physician who wanted to be anywhere else in the world besides my office. She was intent on setting me straight that her oldest child had not only never been affected, but also would never be participating in a kids’ program. “Sammy has absolutely no clue because I would only drink at night while he was asleep in bed,” she asserted. “I don’t want you to be filling his head with a bunch of ideas. He’s only eight.” She glared at me and declared, “I am a good mom.” I shook my head affirmatively as she bolted out the door.

The last vestige of denial is admitting the disease you never asked for has not only hurt you, but has hurt your loved ones as well, especially the children. What person in their right mind would ever hurt their children? This is such a painful place to go, yet perhaps the denial was slowly cracking for this proud, caring mother. About five days after our initial encounter, she watched the kids from the children’s program coming back from swimming. They had smiles plastered all over their faces as they were laughing and giggling about “throwing” me into the pool that particular afternoon. Even she couldn’t hide the smile as she witnessed me dripping from head to toe. These were awesome boys and girls, full of strengths, hopes, and dreams. Something touched her as she watched them parade by. “Can we meet again?” she asked as I passed by. “How about at 4?” I suggested. “I should be fairly dry by then.”

Her mood and tone had softened considerably. She began by stating, “Don’t you think eight is awfully young? He really doesn’t know about any of this.” I knew she was genuine as her face was filled with emotion.

“Where does your son think you are right now?” I asked.
She quickly teared up upon hearing these words and offered, “He thinks I’m working.” She paused, but before I could get a word in edgewise she continued, “But I’ve never been gone this long.” Sadness quickly enveloped her as she was looking at this situation in a brand-new light.

“Did you grow up in an addicted family?” I asked thoughtfully.

“Yes, but it was so different with my mom and her drinking. There was yelling and fighting and she never had any time for me.” She was starting to get all worked up as she asserted, “I am not like that in any way. There’s no yelling, and I spend lots of time with my children.”

I purposely interrupted by offering, “Could you have benefited from a program like this when you were eight? Could your life have been better at such a young age?”

This stopped her in her tracks and was met with stone-cold silence. “I gotta go now,” was her only reply.

Sammy’s dad had agreed with his wife that the children’s program wasn’t a good idea — until his son brought home a note from his third-grade teacher one Friday afternoon. She was very concerned about Sammy because he didn’t seem like himself at school. He was so sad, withdrawn, and distracted. This caring teacher wanted to know if anything was happening at home that was troubling this bright boy. As Dad read the note he knew it was time to immediately take action. Once the two younger ones were put to bed, Dad explained to Sammy, “Mom isn’t away working right now. I just didn’t know how to tell you. She drinks wine after you go to bed at night. Sometimes she drinks too much and it makes her sick. She’s at a special place getting help. I’ll take you to see her on Sunday.”

Sammy wouldn’t say a word and his face looked expressionless. After many moments of awkward silence he softly uttered, “Dad, I’m going to bed now.”

Dad was awakened early the next morning at about 5:30, as he heard a loud commotion downstairs in the kitchen — cabinets opening, doors slamming, someone talking to himself. What could this be so early on a Saturday morning? When he entered the kitchen he found Sammy fully dressed. He even had the hood on from his sweatshirt. Sammy had a flashlight in his right hand and a handful of Fruit Roll-Ups in his left.

“What in the world are you doing?” Dad asked him. “Sammy, it’s the middle of the night!”

Sammy turned toward Dad and shared, “Dad, I’m going to get Mom now and bring her back home.”

Dad was startled by his son’s words. With tears streaming down his face, Sammy said, “Oh Dad, I’m sorry. I didn’t mean to tell Mom I hated her when she wouldn’t let me go to my friend’s house. I’ll do better in reading and I’ll clean up all the dog poop and won’t fight with my sisters anymore. I just want to tell Mom I’m sorry I stress her out and make her drink.” Dad held his son and they both cried.

Later that day, during their phone call, Dad told his wife all about what Sammy had done. This touched her in a very deep and tender place. When I got to work on Monday morning, this mom was anxiously standing by my office waiting for me to arrive.

“I want to sign my son up for the next program,” she declared.

“Absolutely,” I excitedly replied. “You are giving your son the gift you so desperately needed as a child. You’re changing the family legacy.”

“I just love my kids so much,” she shared.

“Yeah, I knew that from the moment I first met you.”

The Betty Ford Children’s Program is for seven- through 12-year-olds who come from families hurt by alcoholism and other drug addiction. With locations in Southern California, the Dallas/Fort Worth Metroplex, and Denver, Colorado, no child is ever turned away due to an inability to pay. For more information go to www.bettyfordcenter.org.

This article is adapted from Understanding Addiction and Recovery Through a Child’s Eyes by Jerry Moe, 2007. 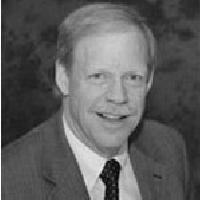 A Meal to Not Remember

The Betty Ford Children’s Program serves such a richly diverse group of families hurt by...