Codependency is a term that was originally used to describe the person in relationship with a person dependent on or addicted to alcohol or substances. It is seen as a caregiver who is attempting to be altruistic, helping and supporting someone who is suffering but it is much more than that. More recently it has been used to describe a pattern of behavior in relationships where the person’s worth is measured by how others perceive them. The codependent becomes dependent on receiving their validation and self-esteem by how others love and or validate their existence.  A codependent in their attempts to help is attempting to control the behavior of the other person and control the outcome of the relationship. In fact, codependents are acting out of their own fears and needs without recognizing it.

Codependents have learned behaviors that they created to cope with their own limiting beliefs about themselves. They fear being abandoned, less than, or not enough, therefore they try to control their relationships by being so giving, loving, attentive that their partners would never think to leave. The truth is while they are taking care of you they are resenting it and feeling taken advantage of or disregarded. Codependents mask this resentment/anger in passive aggressive ways, often pouting or complaining about how much they do for you, and you don’t even care, or it’s never enough. They keep doing for you and don’t set boundaries around what they need but always with resentment and hurt feelings.

Although it may sound fairly benign this addiction to being needed and validated by others, is actually crippling to the self-esteem, and emotional development and maturity of the codependent. Codependency always leads to relationships where the individual is emotionally dependent and therefore subservient to another. They acquiesce their needs and desires for the “imagined betterment” of their partner. Sadly, most codependents find themselves in relationships with controlling, domineering, narcissistic, and often abusive partners who feel empowered by belittling and controlling their partner. The dynamic of the codependent, needing to feel needed or important and special escalates, as the dominant partner feeds their ego by diminishing the value of this partner making it harder and harder for them to “please them’’, leaving the codependent feeling that they are a failure.

Have you ever met someone in relationship like this? Even when they are cheated on, or beaten, they still continue to stay to your dismay. Why? Why do they continue on this painful cycle which seems so clearly destructive to everyone around them, except to themselves? To understand how they developed this pattern of behavior one most uncover the root of how the behavior is learned. Codependency is a maladaptive pattern of behavior learned to compensate for a lack of a self-assured, validated, self-confident, emotionally secure identity, that was unable to formulate due to dysfunctional childhood experiences learned by their primary caregivers.

It is understood throughout psychology that the development of a child and its personality are most crucially formed in the first seven years of life. These early experiences are always recalled by children but can cause life-long patterns of immature/dysfunctional behaviors. If early childhood adverse experiences occur such as emotional and physical abuse or neglect, it can cause the immense insecurities that are seen in the codependent personality. However, it is not just the early experiences that create the loss of self, seen in the codependent. Dynamics of abuse, by primary caretakers, alcoholism, neglect, lack of structure, guidance, and even lack of affection throughout their development, can also create the pattern of need to be validated and loved by others at the sacrifice of self. There is a feeling of fear almost panic that if they cannot get someone’s love, and validation, they will never feel whole or complete. Because they felt unloved by their caregivers, they seek love from those who are not capable of giving it. This is not about staying in blame but to identify how the behavior was learned to begin to unlearn it.

It is important that the codependent first experience awareness that the symptoms of their behavior have started to cripple them, be it sadness, guilt, shame fear, self-loathing, hurt anger, resentment etc. they live in a constant anxious state whenever they receive an interpreted feeling of rejection. If their friend has to change plans they may think, “doesn’t she/he care about me?” “what did I do wrong?” “Are they mad at me?” Simply the friend may have had an unexpected change in schedule but until this is verified the codependent will ruminate on these ill feelings and literally make themselves sick. If someone legitimately feels angry because of some cause of the codependent even innocently such as being late to an event, they will amplify the anger in their mind to mean, “she/he is going to leave me”, “never be my friend again”. This state of mind causes great distress and can manifest in physical ailments. Codependents often have diagnoses of Irritable Bowel syndrome, Anxiety and Depression disorders, Colitis, Ulcers, and other illnesses activated by stress.

It is the job of the codependent to recognize that their behaviors are in fact not helping the other person and harming themselves. The more they try to control the more out of control the situation gets. In the case of addiction, a codependent not only isn’t saving the addict or alcoholic but is enabling them to stay stuck in their disease. Codependents must ultimately learn that they can’t get their self-worth and self-esteem from loving others, and their lack of esteem will not improve until they start loving themselves. They must decide that the pain of not being enough to everyone pales in comparison to not being enough for themselves. It is a matter of changing the focus and direction of their life from an external perception, “if I’m good and take care of you then I’ll be ok”, to an internal perception, “if I’m ok with me I have no need to get my worth from you”.

The ability to begin to love oneself requires the codependent to begin to believe they have a right to express their emotions and needs first and foremost without hesitation or minimizing them. The simplest way to begin to allow this is by practicing saying the word “No”. Codependents find it most difficult to turn down any request no matter how big or small, because they do not wish to lose favor from the person making the request. It starts with the very next time you are asked to do something no matter how innocent, that you do not really want to do, say No. When your friend asks, “Hey can you please pick up some fruit for me on your way over, and you’re thinking, “I’ve already been to the story and it’s so late already,” or “I’m too tired and don’t want to go”, just say No.

At first the idea and the practice of saying No will feel as if you are being cold or callous in fact it is simply setting a boundary to limit your own level of anxiety and stress. You see you have overextended yourself and have allowed others to take advantage of your perceived kindness. When in fact this kindness has been a lack of boundaries and self-care. It is critical as you begin to practice saying No in these small circumstances so that when bigger conflicts occur, you will not be too frightened to stand up for or defend your personal boundaries. If you understand that I am practicing self-care and also teaching people what I am and am not willing to do, then they won’t assume that I will always be at their beck and call.

Teaching people to know you so that they don’t invent you is part of the practice of building your self-esteem muscles. One of the other keys is to learn to let go, let go of the idea that you can make anyone love you simply by doing everything their way and giving them everything they want all the time. Bending your will to another never teaches them to love and respect you, on the contrary it makes them disrespect and believe they can disregard you. You deserve to be loved and be seen but not because you have to give yourself away, in order to do it. Every human deserves to be loved and cherished for who they are and should never feel they are less than anyone else. If you find yourself thinking this way you likely are codependent and a look at the pattern’s we discussed above would be a great place to start. Never believe someone else’s version of who you are, only you at your core know the truth of you. If you are feeling stuck, scared, taken advantage of, and alone it’s time to face your fears and confront your codependency and begin the path to healing a healthier, happier you. Begin by trying as we have shared just saying “No, “and “enough is enough,” “I deserve to feel loved”. Learning to love yourself is the greatest love of all, and it is the love that will heal the codependency that binds you. 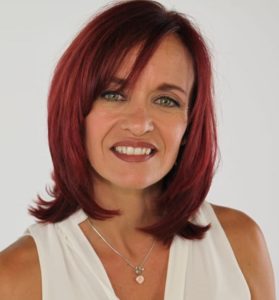 Pearls of Wisdom: Affirmations for Daily Living is a collection of passages written by