Alcohol consumption among college students is a growing problem on campuses across the U.S. Recent reports from The National Center on Addiction and Substance Abuse at Columbia University (CASA, 2007) indicate that over the last decade, the reported frequency of binge drinking — defined as five or more drinks in one two-hour sitting for a male, or four or more drinks in one two-hour sitting for a female — of college students has increased by 15.7 percent. Additionally the CASA reports revealed that there has been a nearly 25-percent increase in college students who reported drinking on 10 or more occasions in the past month. In 2005, 67.9 percent of college students reported drinking in the month prior to being surveyed and of this group, 40.1 percent reported binge drinking (CASA, 2007). In a recent issue of the Journal of Studies on Alcohol and Drugs, it was estimated that roughly 1,825 college students, ages 18-24, die annually because of alcohol-related injuries. Additionally, besides the threat of alcohol-related injuries, students who engage in binge drinking are more likely to engage in risky sexual behavior that places them at higher risk for the contraction of sexually transmitted infection, including HIV. In concert with the rising prevalence of alcohol consumption is the frequent co-morbidity of mental health problems, including disorders such as depression and anxiety, which often manifest in late adolescence.

One hypothesis for the rise in college drinking is based on the increased acceptance among parents, school faculty and administration, and an overall acculturation of the behavior of underage alcohol consumption. Underage drinking is not only accepted, but supported on college campuses through the advent of such practices as school-funded events that liberally distribute alcohol. Further, numerous undergraduate institutions have petitioned for the drinking age to be lowered to age 18, suggesting that the consumption of alcohol is an accepted part of the institutional culture of undergraduate education.

Additionally, there has been a reported lack of involvement from parents in the effort to curb substance abuse (CASA, 2007). Parents are often unsure of how to work in connection with the schools, or are resistant to the idea of participating in the reduction of substance use. College substance use is often seen as a rite of passage and a normal part of the culture of college campuses, and is therefore widely overlooked as a cause for concern.

It has also been suggested that the high prevalence of college drinking is a result of a misperception among students, with regard to the amount of alcohol their peers are consuming. It has been found that the majority of students miscalculate how much and how often their peers are drinking, leading to an artificially amplified assessment of the prevalence of substance use. While statistics suggest a large portion of college students are engaging in substance use at a relatively high rate, the actual frequency and, in particular, the amount is often less than students’ estimation. This serves to generate a type of peer pressure, causing students to abuse substances as they attempt to emulate the perceived behavior of their peers.

One effective strategy to combat this miscalculation is through informational prevention strategies. As reported in The Cochrane Library 2009, educating students about how much and how often their peers are actually drinking has proven to lead to a reduction in substance use by eliminating the fabricated peer pressure.

An intervention study reported by the Center for Health and Behavior at Syracuse University (2007) found that an effective strategy to reduce alcohol consumption is to provide a detailed assessment of an individual’s consumption (Carey et al). This strategy relies on self-report and encourages students to reflect on their behavior. This reflection can lead to increased self-awareness and allows students to draw correlations between their behavior and potential negative consequences, effectively giving them the opportunity to be proactive in altering their actions. Additionally this study found that participants that received brief motivational interventions in connection with their assessments reduced their drinking even more (Carey et al, 2006).

Often, substance use treatment is reactionary and employed in the form of crisis management. People typically wait for the problem to emerge before acting, making it more difficult and time-consuming to make meaningful changes in behavior, as the habitual actions have become increasingly ingrained. This is particularly true if the abuse has developed into a chemical dependence. Ultimately, it is important for parents, schools and communities to work together to be proactive about creating and implementing effective prevention strategies at an early age to offset the potential for problem substance use and abuse to occur. This will serve to cultivate an environment that is less tolerant of excessive underage substance use, as well as provide communities with practical resources to approach the issue of substance use before it becomes problematic.

The National Center on Addiction and Substance Abuse at Columbia University (CASA).   (2007). Wasting the best and the brightest: substance abuse and America’s colleges and   universities. New York: Califano, J. 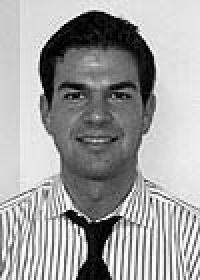