Cutting, or self-harming, is intentional self-injurious behavior resulting in tissue damage, illness, and/or risk of death. Cutting is generally not done with suicidal intent, though teens who engage in self-harming behaviors are at a statistically higher risk for suicide. Despite what your teen may report, these acts of self-mutilation do not represent typical or harmless adolescent behavior. Self-harming behavior is symptomatic of serious underlying emotional or mental health issues that should be addressed with the support of a mental-health professional.

Recent research indicates that as many as 46% of teens report having engaged in self-injurious behavior. This high surge in cutting behaviors may be due in large part to recent high-profile cutting cases. The media has made much recently of cutting behaviors described by such celebrities as Princess Diana, Angelina Jolie, and Johnny Depp. Like other coping or anxiety-based behaviors, cutting can spread as a copycat phenomenon. Many teens even seek validation and encouragement for self-harming from popular blogs and Websites devoted to self-mutilation.

WHY DOES MY TEEN SELF-HARM?

The paradox of pain:

For a person who has had no experience with intentional self-harm, it is a confusing and frightening phenomenon. Most of us avoid pain and seek pleasure, but the cutter seems to avoid pain by seeking pain. Self-harming typically acts as a form of emotional avoidance and escape from unwanted, unpleasant emotions. It is often an attempt to drown out emotional pain by engaging in more manageable physical pain. Many teens report relaxation and emotional numbness after self-harming. Self-harming can also serve as a tool to express strong negative emotions toward others, or as an attempt to elicit help or attention from others.

With the exception of those individuals whose cutting has an attention-seeking dimension, most cutters attempt to hide their cutting behaviors. Parents, educators, friends, and healthcare providers can, however, be alert to signs of cutting that include:

Cutting is a red flag for emotional distress:

In most cases, cutting itself is just a symptom of underlying emotional distress. It is easy for loved ones to become so distracted by the cutting itself that efforts go toward controlling the behavior instead of addressing the problems causing it. Because cutting represents both a physical danger and a deeper mental health issue, the involvement of a mental health professional is always an imperative. If cutting leads to infection, or if cutting goes beyond superficial physical harm, medical attention should be sought immediately. Deep cutting may indicate that the young person dissociates during the act of self-harm; even if the intent is not suicide, this kind of cutting is extremely dangerous and can lead to permanent tissue damage or death.

Cutting can be an indicator of many mental health issues, including:

Mental-health professionals experienced with adolescent issues and self-harming behaviors favor a variety of approaches in the context of a safe therapeutic relationship or milieu. These approaches include:

If you suspect your child is cutting or engaging in other self-harm, it is vital to consult with a mental health professional. Your child’s self-harming behavior is a warning sign of an underlining mental health problem that needs immediate professional attention.
Sources:
Linehan, Marsha (1993) Cognitive Behavioral Treatment of Borderline Personality Disorder, The Guilford Press
Miller, Alec (2007) Dialectical Behavioral Therapy with Suicidal Adolescents, The Guilford Press 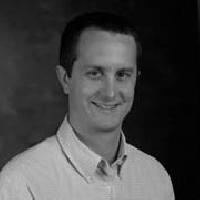 Teens and the Internet: How Concerned Should You Be?

First, the good news: The Internet is an effective and helpful tool for practical applications,...