“Focusing on nutrition was one of the key LifeREstyle steps that helped me to put the jigsaw puzzle together, and that’s what healed me,” Paul Huljich said as he shared a remarkable story of recovering from Bipolar Disorder.

Huljich co-founded LifeREstyle in Redondo Beach, where everything is organic and the food options are carefully curated. According to Huljich, “LifeREStyle accelerates true healing while many other programs just manage illnesses. The body is like a house. If you have broken windows and leaking pipes, it’s very important to hone in on nutrition and optimize the functioning of the body.”  If administered properly in a treatment setting, Huljich says proper nutrition and other important steps can help clients overcome cravings and other destructive conditions.

Huljich, who coaches guests at LifeREstyle, has always been food conscious. He even cofounded a pioneering organic food company in the 1980s. But in spite of Huljich’s health-centered life, he found himself experiencing a decline in both mental and physical health. He was eventually diagnosed with Bipolar I Disorder, after initially suffering from back pain, neck pain, insomnia, anxiety, and then full-blown depression.

“I was under the supervision of a nutritionist and had a capable wellness team around me,” a fact that makes his breakdown all the more surprising. “But I didn’t really realize how important nutrition and other issues were until I was the guinea pig.”

What Huljich found through his personal research was that “Good mood foods are the key to helping us feel upbeat, more enthused and more empowered to deal with life’s challenges. They can positively affect our neurochemistry.”

Michael, a graduate of LifeREstyle who had been suffering from Bipolar I, shared that he lost 60 pounds while in the LifeREstyle program. Perhaps an even more striking fact is that Michael came off of his psychotropic medications in the first 90 days and showed no more symptoms of Bipolar I.

“I was on a diet based on fast food and didn’t know how to cook before the program.  Once I started eating unprocessed foods with no added chemicals and started regularly walking along the beach, I lost weight.  I found that when I added the LifeREstyle diet’s organic foods my moods started to change.”

Michael’s backstory involved a severe “mind condition” as he calls it.  In 2010 and 2011, the problems led him to psych hospitals. “One facility told me I had a chemical imbalance and another facility told me I had Bipolar I Disorder.  Most of the time I was taken there by a policeman. The same diagnoses would come up each time I went: Bipolar and Schizoaffective Disorder. My doctor, Dr. Hyla Cass recommended this place, LifeREstyle, based on my negative mechanisms. They actually picked me up from a hospital and brought me here.”

“Michael had cravings for sugar and fats when he came to us. That’s what manufacturer’s play with,” Huljich said.

During Huljich’s “guinea pig” years, he made several shocking discoveries. One fact he came across in his personal research was that manufacturers sometimes deliberately include addictive additives in their food products. “Sometimes even yogurt, a supposedly healthy food, contains added sugars that cause individuals to crave it.”

Michael told RecoveryView.com that the program helped him to develop better sleep awareness which he felt was directly linked to mindfulness.

With the tools offered he managed to reprogram his mind and thoughts.

Michael’s personal favorite aspect of the “mind reprogramming” is affirmations. “I’d been negative. Self-sabotage and self-doubt clouded my mind. But, now I tell myself positive things, like ‘I have the strength and courage to do xyz.’ Doing the affirmations, I saw a cycle being broken and new feelings being ignited.”

Huljich pointed out that for some, like himself, it can be a 30 year process to manage pain and other physical problems even with professional guidance.. But, Michael’s staggering 60 pound loss in 5.5 months shows that a scientific and mindful approach is all that it takes. Not 30 years.

Many of Michael’s issues ran deep, like a lot of people who have suffered trauma.  “Michael’s mother had nine miscarriages before Michael was born. As a result, he experienced different mind conditions as a toddler or as a young boy. It became so serious in his late teens,” Huljich said as he pointed out that food isn’t really just about food. “Paying attention to nutrition allows the individual gain awareness as to how they developed cravings and mind conditions as their life evolved over time.”

The passionate work of Huljich and his team at Life REstyle is focused on fostering true healing so that their clients can have a productive and complete life.  In order to learn more about the program, check out the website: http://www.liferestyle.org/program/ 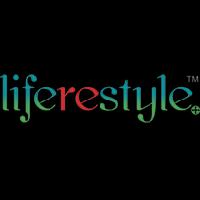