Many professionals in the medical field have long suspected that food could have addictive qualities. Yet there was little research to support these widespread suspicions. Recent research now validates the notion that food can, in fact, affect the brain much like cocaine or heroin.

What Is Food Addiction?

There are two main categories of addiction — process addictions (where a person compulsively engages in a behavior(s) that become unmanageable) and substance addictions (where a person compulsively consumes a substance to the point where he has lost control). A person with food addiction is addicted to certain foods, with all the corresponding challenges and negative consequences associated with the disease of addiction. However, the addiction does not pertain to all foods, because only certain foods possess addictive qualities. These foods are often referred to as calorie-dense foods. Such foods are typically very high in sugar, fat, and salt. It is this high level of these substances that can negatively affect the brain and cause the type of dependency we see with addictive drugs.

Calorie-Dense Food and the Brain

The human brain is arguably one of the most extraordinary, complex, and impressive organs in the body; however, when it comes to food, it is actually quite simple. The brain was designed to seek out those foods that the body requires to advance health and to sustain life. For the majority of human history, our options were limited to natural, whole foods — foods derived exclusively from plants and animals.

Enter the modern age of manufacturing in which desirable, highly processed, hyper-palatable food is everywhere. Its convenience is eclipsed only by its affordability. The problem is that so much of the fast, inexpensive, and readily available food is not food at all. It is an edible product designed by companies focused on profit over the public good. These highly rewarding food products typically contain inordinate amounts of sugar, fat, and salt. This food is significantly processed or manipulated to attract consumers and increase product sales.

Unfortunately, these hyperpalatable foods have the potential to cause chaos in the human brain for people predisposed to addiction. The chaos begins when the brain is over-saturated with these calorie-dense foods. This triggers an enormous release of dopamine, a neurotransmitter that provides the euphoric feeling when calorie-dense foods are consumed. But here is where the brain’s original wiring enters the equation and proves problematic. The human brain wasn’t created to cope with a constant onslaught of such hyperpalitable foods. It simply cannot tolerate that level of hyper-excitation. To protect itself, the brain intentionally reduces the number of available dopamine receptors. This means that though large amounts of dopamine flood the brain, some of the chemical is not picked up or received. Unfortunately, what is beneficial for the brain ultimately proves problematic for the consumer. In order to receive the expected positive reinforcement from the food, more of the item must be consumed to replicate the reward.

At the same time the reward center is being hijacked, the prefrontal cortex, the part of the brain responsible for control, decision-making, and exercising judgment, is also impacted. The decrease in dopamine receptors causes decreased activity in the cortex. This means that as more calorie-dense food is consumed to achieve the reward, these individuals are less able to exert control over the behavior. Moderation in consumption is no longer possible. In fact, studies funded by the National Institutes of Health have shown that the brain scans of food addicts show the same changes in the reward and control areas as those of a cocaine user.

Rodent research is responsible for many of the strides recently made in the area of food addiction. Although salt and fat are important components of calorie-dense foods, sugar remains the most studied substance. Perhaps this is because much of the research shows that table sugar (sucrose) is just as addictive as alcohol or cocaine. Rodents exposed to sugar a few hours each day displayed signs of neuro-chemical and behavioral dependence. They developed tolerance, signs of withdrawal, and cravings. Just as in humans, they experienced a reduction of dopamine receptors.

Interestingly, if sugar is not restricted, rats consume it throughout the day; they do not binge. However, if sugar is withheld, they binge, often in a frenzy. These findings have implications for dieters, since those who severely restrict often experience a loss of control when food is reintroduced. The bottom line is, calorie restriction promotes over-consumption of desirable foods.

What Are the Signs and Symptoms of Food Addiction?

The questionnaire also seeks to establish the impact of food on an individual’s personal life by asking if the following applies:

·         You eat certain foods so often or in such large amounts that you start eating food instead of working, spending time with the family, or doing recreational activities.

·         You avoid professional or social situations where certain foods are available because of fear of overeating.

·         You have problems functioning effectively at your job or school because of food and eating.

Who Is Most Vulnerable to Food Addiction?

Those with binge eating disorder (BED), bulimia, a family history of substance abuse, a personal history with substance abuse, or early life trauma are most at risk. Often, they have identifiable binge foods such as sugary desserts or salty snack items. Once such individuals start eating these binge foods, they find it nearly impossible to stop. In fact, if thwarted for any reason, they feel extremely anxious until more can be obtained, just like an alcohol or drug addict. Food addicts continue to binge despite negative health and relationship consequences. Often, they want desperately to stop consuming these foods, but are unable to do so. It is not unusual for them to hide food, destroy the evidence such as wrappers, or eat in secret.

Additional research must be conducted in the area of food addiction to understand it more fully. However, current findings are enough to provide hope to millions of individuals who struggle with food every single day. Just knowing that it isn’t all their fault is invaluable. To say nothing of the knowledge that they are literally addicted, not unlike those who struggle with drugs or alcohol. They may need to detox from calorie-dense food and sugar-intensive beverages in the same way addicts detox from drugs or smokers detox from nicotine. Once detoxed, they can begin to retrain their brains, re-nourish their bodies, and focus on healing the underlying cognitive, emotional, and spiritual issues.

Many people find enduring support and a sense of community in recovery-based groups, such as Overeaters Anonymous. The practice of such techniques as meditation and mindfulness has been shown in brain scans to heal the deficits in the prefrontal cortex that are associated with addiction. Daily practice not only repairs damage, but stimulates formation of new brain cells. Instituting lifestyle changes, such as the addition of moderate exercise, health-at-every-size philosophy, and eventually intuitive eating are important components of building sustainable recovery.

Finally, people with food addiction commonly have co-occurring disorders. Those who suffer are best served when these are addressed in a comprehensive manner from a holistic perspective. 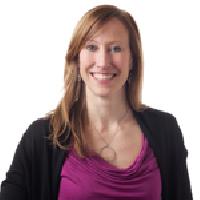