From Addiction to Resilience: Tools and Approaches to Support Recovery

Resilience is a state highlighted by the ability to recover from stress and to optimally deal with the challenges that life delivers. In Part I of this article, we noted the mechanisms by which the addict’s difficulty managing stress results in a greater vulnerability to relapse (Sideroff, 2009). The developmental pattern of many addicts results in frequent functioning in survival mode, which may result in a permanent sensitization of the brain to stress (Wood, 2007). So, becoming resilient would be extremely beneficial for improving addicts’ chances of recovery and abstinence.

Part I addressed the first three components of the nine pillars of resilience. These were the three levels of relationship: with self, with others, and with something greater. In Part II of this author’s model and its application in addictions, we address the next area: organismic balance and mastery and its three components: physical, emotional and cognitive.

It is commonly observed that addicts do not have a friendly relationship with their bodies. In fact, they are uncomfortable and don’t feel at home in their skin. There are many reasons for this, including early trauma and abuse, which demand some sort of dissociation in order to survive and not feel emotional pain. Also, stress, and the resulting agitation of stress, creates a discomfort that they want to avoid.

This disconnect leaves the addict with few means of coping with or recovering from life’s demands. As soon as there is stress, they want to run away, hide or — more typically — revert to their drug-seeking and using behavior.

But addicts are not the only ones who have difficulty with a stressful life. Life is stressful for most people; nearly 75 percent of patient visits to doctors are for stress-related problems. Modern society throws a constant barrage of dangers, threats and uncertainty our way. This is compounded by thinking patterns and fears that further exacerbate our sense of danger. At the same time, there are few stimuli we encounter in our environment that trigger the opposite — the relaxation response.

Thus, we are continually turning on the stress mechanism of our bodies, our fight-or-flight response, with its adrenalin rush and neuromuscular tensing. Recovering addicts face an even greater array of stressors as they attempt to regain entry into normal life. On top of all these psychosocial factors, they are also dealing with internal biochemical and neurobiological deficits that impact their ability to self-regulate. In order to give their recovery a chance, it’s important for them to have tools to turn down the activation of their bodies, and to be able to self-soothe and feel a sense of comfort in their own skin. This component of resilience involves helping the addict regain (or perhaps learn for the first time) the ability to self-regulate.

Left to their own devices, addicts and recovering addicts will resist training their body to relax. In fact, this is true for most people. As soon as they begin to attempt the process, they are challenged by the discomfort they feel (as emotions emerge) or the judgments they make about the difficulties they are having. For some, the gap between current ability to relax and arousal levels, and the goal of calm and deep relaxation is so great that they feel hopeless to ever be able to achieve this goal. It is important for the therapist/counselor to take an active and supportive role in the training of this ability. Part of this process is to help the client manage their discomfort, to not make judgments and to learn and practice the proper procedures. Here are a few basic components of the relaxation training process:

Addressing emotional issues, of course, is a major component of any therapeutic process. As the fifth pillar of this model of resilience, we approach this issue from the perspective of how emotional mastery can enhance resilience, or how emotional reactivity negatively impacts resilience. Our brains get hijacked by our emotional unfinished business. When this happens, we feel helpless over our reactions, which typically include autonomic and neuromuscular activation. These mimic the stress response and lead to depletion of personal resources, fatigue and a downward spiral in which we feel less capable of coping. This leads to further regression and threatens sobriety. Much of the time, we are not even aware of responding to unconscious motivations.

A component of the recovery process in addictions is the healing of the brain. Excessive stress during a person’s upbringing can alter brain function; specifically, it creates a hypersensitive stress reaction. This over-sensitized brain can be exacerbated during the addiction process. Developing a more constructive way of dealing with the inevitable triggering of emotions and reducing reactivity is helpful in training greater resilience and short-circuiting the downward spiral.

Emotional balance and mastery begins with a more constructive way of framing feelings when they get triggered. The goals of this framework are to A) reframe this as an opportunity to achieve resolution, B) feelings that are triggered is inevitable and part of life and C) it’s most beneficial to learn to accept these feelings. Here are some suggested aspects of this resolution process.

In this author’s concept of Primitive Gestalts (Sideroff, 2004-2005), we explore how our perspective is embedded in our lifelong neuropsychobiological framework of the world, and ourselves within it. From this perspective, it’s impossible to be objective or to even be aware that we aren’t being objective. Another way of saying this is that we are unconscious of our consistently inaccurate thinking, particularly about ourselves. In fact, we can often be objective with the rest of the world, but incapable of being objective with ourselves. This is highlighted by our difficulty to give ourselves the same breaks we give to others.

All of these distortions are magnified by the addict. They are either the victim of an impaired brain (such as with attention deficit disorder) or hampered by a brain disabled by the effects of addiction. There are, in fact, specific deficits in brain function that give the addict a tremendous cognitive disadvantage. The pre-frontal cortex — referred to as the executive brain, where decision making takes place — will typically be under-activated in recovering addicts. The ratio of slow-to-fast brainwave activity is typically higher than average. There also appears to be a disconnect between the structures of the limbic system and the frontal cortex. This population has a much more difficult time generating a calming alpha state.

The consequences of this brain alteration include poor decision making and poor inhibition of limbic or emotional factors, which tends to result in an over-activated behavioral response. This is coupled with difficulty going into a state of calm.

One of the most troublesome aspects of this inaccurate perspective is that it includes what we would consider our intuition. Whatever it is that we tune in to in order to determine if we are on the right track or not, when we refer to whether something “feels right”, is embedded in our Primitive Gestalts. In other words, we typically “check in” by tuning into the feeling state associated with our Primitive Gestalt; it’s inaccurate, but it is our reference point.

In addressing this cognitive distortion, work with clients in the following manner:

By enhancing your client’s balance and mastery of these three dimensions of resilience: physical, emotional and cognitive, you are enhancing their ability to cope with the stresses in their lives. Through this process they will be less likely to spiral downward and revert to old, addictive patterns. In the third installment of this resilience model, we will address the last three pillars: presence, flexibility and power. 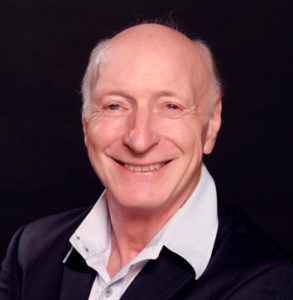 The Integration of Neurofeedback and Shamanic Approaches in...