Gender and the Path to Wholeness

As I have been looking at gender — primarily masculinity — and addiction off and on for more than a decade and a half, I have arrived at some nascent ideas that I am sure are not original but are compelling nonetheless. In essence, something happens through the process of recovery to us as men and women that changes how we express ourselves at the foundation of our identity: our gender. Many of us are unaware of this process simply because it happens in the context of our recovery, not our gender identity. That was certainly what I found interviewing men more than 15 years ago for my master’s research, as well as the 30 men I interviewed for my recently published book. They became aware of this shift when they began to reflect on the idea that they saw they were not nearly the same men they were before recovery. My guess is that the same would be true for women, as well.

There Is No Gender Neutral

When I wrote my book (and my master’s thesis), one of the common responses from men to my question, “How has recovery changed your idea of being a man?” was that they saw themselves less as men and more as humans. In other words, they believed that the rules for being a man defined less of their behavior and their lives, in general. They believed that they were humans first and foremost, and the expectations of how they were supposed to act as men were less important, reflecting the idea to thine own self be true.

Overall, this is a positive outlook. However, as I wrote in the final section of my book, the danger of subscribing to this belief, with all good intentions, leads us inevitably to a default if we are not paying attention: a world that is defined by the dominant group. Without breaking into a treatise on oppression and marginalization, we cannot ignore the reality that some people receive benefits and advantages in this society simply because they belong to a certain category. And others get just the opposite — deficits and disadvantages — because they belong to another category or, said another way, do not belong to the dominant group.

In terms of gender, the default group is men: manliness, masculinity and patriarchy. Maleness is the norm, the expectation, and even the subconscious’ default for many men and women. We — both men and women — have to be aware of this, or it infiltrates all of our relationships in very insidious ways. Once we are aware of it, we can transcend it.

Ultimately the question for men that I pose is this: Are your behaviors and the beliefs that you maintain reflective of the man you want to be in recovery? Are they what the people in your life truly want to experience from you? Whatever a man’s answer, it should be very clear to him that he will experience the consequences — good and bad — no matter what. On a spiritual and moral plane, we don’t ever get away with treating others as inferior, second-class or any of the other disparaging things that human beings do to one another.

I’m Not Half the (Wo)Man I Used to Be

Men and women are essentially raised to be half human beings: Women are given one part of the dichotomy and men the other. That dichotomy shows up in various degrees of intensity and, of course, because we are all individuals it looks different for each of us (1).  The breakdown could look a little like this(2):

Most of us come into recovery operating within one side of the dichotomy, according to our gender. That does not necessarily reflect who we are but rather how we have learned to express ourselves and survive in society. Our goal in recovery is to then learn how to eschew the false dichotomy and simply allow who we are to surface irrespective of whether those qualities are considered masculine or feminine. As I explain in my next book (which is focused on men creating healthy relationships in recovery), if you are a man, there is nothing you can do and no way of being in which you cannot be a man. The same idea applies to women. But we hear from a very early age that “boys don’t do this” and “girls don’t do that.”

Case in point: I was visiting my sister not too long ago. I wear a necklace made of different-colored, small, rounded stones. When my two-year-old nephew saw it, he said as intelligibly as he could: “Why are you wearing that?” “What?” I said. “That necklace. Boys don’t wear necklaces,” he said in all innocence and seriousness. I laughed and yet I thought to myself, “Holy shit! Seriously? That young?”

As we adhere to the recovery exhortation, to thine own self be true, we begin to move again toward our wholeness as individuals. We round out the rough edges of our character and discover our true selves. While this true self is likely an ideal that we are always moving toward, the more we engage in our recovery and our personal growth, the more likely we are to move toward authentically expressing who we are. Some of it is learning to love parts of ourselves that we were taught or told were not OK. Some of it is coming to embrace parts of ourselves that we rejected. Some of it is expanding what we see as possible ways of being that we never considered or had rejected without ever exploring, often because boys (or girls) aren’t supposed to act that way.

One of many personal examples: As a young boy, I was always sensitive. I learned very early, growing up in a violent alcoholic home, that it was not OK to be a sensitive boy. I learned to hate that part of myself because I thought it was not manly. I have come to realize that it is a part of who I am, and I do not care if others think it is manly or not. In fact, it is a great quality about me when I am able to express it in a healthy way.

Chances are, you and your clients will have your own examples of how this has happened. What is important is to help them be able to verbalize those experiences. And so, it is important that you have done your own work. As a famous piece of recovery literature says: “You cannot transmit something you do not have.” Equally important, however, is that you look at it through the lens of gender to help the unseen become seen.

Many of the great spiritual teachers share some core ideas. One of those ideas is that we are born whole and complete, and the process of growing up and living creates a disconnection from our true essence. The process of “waking up,” then, is a process of returning to who we once were and regaining what we once had. As Anthony DeMello (and many of the great Eastern mystics) said, awareness and an enlightened life is a process of subtraction, not addition. We remove that which has accumulated over years and years that blocks our true self, as if we are chiseling rock away to reveal a wondrous statue.

Recovery is one of the greatest pathways for accessing wholeness because, as in Twelve-Step recovery, there is a clearly delineated structure or design for living. As your exploration of the steps deepens, so too does your movement toward wholeness. I am far from an expert on wholeness, but it does seem that recovery leads us toward being complete human beings. My own experience as a man in recovery has shown me that it is quite a bumpy road and who I think I am is constantly changing. That being said, I am moving toward wholeness — or, as some would assert, moving toward realizing the wholeness that already is my life, and in doing so, I become the man I was always meant to be.
Dan Griffin is the author of A Man’s Way through the Twelve Steps and Co-Author of Helping Men Recover. 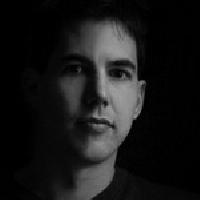