Getting Regulated: Riding the Wave of Neurofeedback

Neurofeedback has become known in addiction treatment as a phenomenon in brain regulation and has created quite a stir in the mental health community today. Many clinicians refer to this holistic approach as a means for the brain to learn to function more efficiently. Rather, neurofeedback is a strategy that enables people to alter their brain waves and exercise the brain’s own regulatory mechanisms.

Originally used for solutions for ADHD, the American Pediatric Society has endorsed neurofeedback for use, along with psychotherapy, in the treatment of ADHD in children. Amazingly, some children (and adults, as well) have been able to reduce their ADHD medications after multiple neurofeedback sessions. “It’s like riding a bike,” says Chris Massman, MFTi, CDS, a well-known therapist who specializes in addiction treatment in the San Fernando Valley in Southern California. Massman indicates that she commonly works with neurofeedback in her practice and explains her successes with clients. “Once the brain has been trained, it never forgets!” Massman states, “The good news is that almost any brain, regardless of its level of function, can be trained to function better. In a great majority of my clients, the actual outcome exceeds the prior expectations.”

Current trends show addiction treatment centers implementing neurofeedback as part of comprehensive treatment programs. Dr. Shari Corbitt is the founder of an exclusive woman’s IOP, The Heart and Brain Center for Healing, in Agoura Hills, Calif., and uses neurofeedback as an important segment of the treatment in her center. Corbitt, now in private practice in addition to her duties with The Heart & Brain Center, speaks nationally about her vision of delivering a new system of care. Her premise is to treat the whole person. Dr. Corbitt reports significant and positive outcomes when using neurofeedback as part of the treatment modality at The Heart and Brain Center. Dr. Corbitt emphasizes that neurofeedback is a major component of holistic treatment, along with other modalities that treat the whole person.

In most neurofeedback offices, a therapist does an assessment that involves understanding symptoms and assessing brain functions. Once a protocol is in place, the client undergoes approximately 30 minutes of neurofeedback and about 15 minutes of discussion following the treatment. The results are seen gradually over time. Improvements are often seen in behavior, mental and athletic function, and sense of well being. Initial goals may be met at 20 to 30 sessions. Progress is monitored and tested along the way to maximize effectiveness.

Neurofeedback is not only used to treat addictions and ADHD; many therapists in private practice are also using it to treat issues including anxiety, depression, OCD, sleep disorders, chronic pain, migraine headaches, and more. With the calming function of neurofeedback, clients are able to access the executive functions in the prefrontal cortex of the brain and respond to life more thoughtfully, rather than with emotion and impulse – more or less a better self-regulation.

The brain is a remarkable muscle, and the more we learn about our capacities, the closer we are in obtaining better mental health. In fact, one practitioner’s neurofeedback office has a sign in it that reads: “We expect miracles. If none occur, something has gone wrong!”

What remains a miracle is really the unbelievable capacity of our own brains. 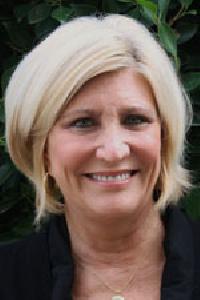 Stronger In the Broken Places

In society today, the word “addiction” often creates an image of a person falling down and...