When I was asked to write this article about Buprenorphine, I thought, “There is so much out there on the subject. Don’t you want me to write about something new and different?” But the suggestion came that I approach the drug from a unique standpoint. So let’s tackle the problem about the patients who have a difficult time getting off Buprenorphine once they have become addicted to it.

This drug definitely has its place in the pharmacopoeia of the current medical morass we have gotten ourselves into, but the fact remains that Buprenorphine is an opiate, pure and simple. I try not to forget that when I initially prescribe it for a patient, extend it, taper it, or discuss it. Actually, with the exception of a just few different unique pharmacologic and opiate receptor dynamics, it is very much like Methadone.

When doctors started using it like mountain water for opiate dependence, there seemed to be a wave of enthusiasm about the drug, since many physicians and patients alike believed it to be the colossal miracle drug, a panacea for solving the opiate dependence problem. Then physicians begin prescribing it “off label” for things like chronic pain syndrome, major depression, acute pain, lumbago — you name it. The side effect profile is so favorable that it is difficult to induce any toxicity at all in most patients, even at high doses. And patients keep coming back, no doubt professing, “Give me some more of that Suboxone, Doc. It really does the trick.”

So let the good times roll, right? Not so fast. Are we ready for a backlash? Do we have an increasing number of former opiate-dependent patients out there, under the radar, who are now dependent on a new opiate? My guess is we do. God forbid the authorities will pull the plug on the prescribing waiver, so we won’t find out overnight. As of right now, Buprenorphine has not entered its wave of disenchement period. Nevertheless, I have more than a just little trepidation about what I see here, with only three years of addictionology practice under my belt. However, I have witnessed enough “miracle” drugs come and go over the past 28 years during my busy medical oncology practice that I can recognize all the red flags waving on this one.

Buprenorphine is a partial mu opioid agonist and k antagonist that is often referred to as a partial agonist/antagonist or mixed agonist/antagonist. It is Buprenorphine activity at the mu opioid receptor that is primarily responsible for its efficacy in treating opioid addiction. However, its action as a k antagonist is very interesting and unique because this most likely prevents much of the dysphoria typical with full agonist opiates. So the drug has some antidepressant actions and does not result in too much somulence.

Buprenorphine, like methadone, has a long biologic half-life (37 hours) but, unlike methadone, Buprenorphine has a great affinity for the mu opiate receptor. This is why the drug is so efficacious for the treatment of opiate withdrawal syndrome and opiate dependence. I tell patients that their Buprenorphine stays on the opiate receptor for three to five days after discontinuing it, and a period of mild subjective withdrawal may last for seven to 10 days. Patients usually respond to adjunctive medications for the treatment of opiate withdrawal syndrome, and some of them are fairly uncomfortable, but a lot of this depends on the length and duration of their taper and their long-term Buprenorphine use pattern.

Buprenorphine is a very interesting drug for the management of chronic pain. The drug is a very powerful analgesic, yet since it only partially activates the mu receptor, the full analgesic effect of the drug cannot be perceived. Nevertheless, the combination of the powerful analgesic effect along with the anti-dysphoric effect combines to give a very desirable result. Some patients who require stabilization of a very complex pain problem do very well on initial Buprenorphine treatment. However, these patients do require eventual stabilization and Buprenorphine tapering plus engagement into the appropriate functional restoration program. Remember, Buprenorphine is an opiate. There is a strong tendency to maintain chronic pain patients on Buprenorphine for a long time — perhaps forever.

Chronic pain patients usually have associated trauma and balk vehemently at the notion of opiate weaning. However, if we believe that chronic pain is a disease of the brain and that treatment modalities such as CBT and mindfulness meditation are effective, then continuing an opiate therapy is regressive for the chronic pain patient. Why are more and more patients with chronic pain syndrome and opiate dependence showing up in treatment centers on long-term Buprenorphine, unable to get off it? The answer seems to be, at least for now, that neither physician nor patient is willing to do the necessary work to achieve complete weaning.

Ten years ago physicians were given the opportunity to treat opiate dependence in their private offices with schedule III, IV, and V drugs, along with psychosocial support (DATA 2000). At that time, Buprenorphine was changed to a schedule III drug and physicians could qualify to prescribe the drug merely by completing a one-day educational encounter. Each physician practice was limited to 30 patients at one time, but this number was liberalized to 100 by waiver request several years later.

Now, many opiate-dependent patients are on maintenance Buprenorphine, hopefully seeing their physician from time to time and, for the most part, achieving meaningful sobriety. But what does this really mean? What about the 24-year-old male patient who has been on Buprenorphine for three years following his one-and-only chemical dependency treatment for Hydrocodone dependence? Why isn’t that patient off Buprenorphine yet? Have these patients simply traded one opiate for another, and how many of them are out there? How many of these patients would like to discontinue their Buprenorphine, yet don’t because their physicians have not broached the subject with them, or because they fear potential withdrawal symptoms?

We see too many empty prescription bottles with labels that look like this: “Suboxone 8 mg tablets. Take one to four tablets as necessary daily. #60 – 10 refills.” How much do you think that would bring on the street? Are enough doctors supporting eventual Buprenorphine tapering for their patients with opiate dependence? I’m not referring to the few opiate-dependent patients who may require protracted and even life-long Buprenorphine (or methadone) treatment for opiate dependence, those with multiple treatment failures or serious craving/ medical/psychiatric co-morbidities. I’m referring to the majority of those patients who walk into their physician’s office addicted to hydrocodone or Oxycontin, and who want to get clean and stay clean.

Today more and more patients are showing up in treatment centers addicted to Buprenorphine. Most of these patients have been taking the drug for many years, and only occasionally do we see some evidence of a lackluster attempt at weaning. Why is that? Are we seeing the emergence of a new “drug of choice”, albeit not always by choice? Maybe we should refer to Buprenorphine as the “iatrogenic drug of choice.” 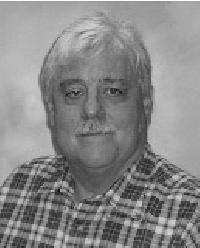