How Do Affirmations Really Work?

We should feel proud as a professional community. The addictions field has impacted the entire mental health field by being among the first to incorporate yoga, meditation, exercise, journaling, guided imagery, and good nutrition into the treatment of the whole person. Researchers routinely confirm what we have already learned through clinical trial and error: that these simple approaches are effective and life-changing. Even our gratitude lists have become evidence-based. Now research is taking a deeper look at the power of affirmations in shoring up that ephemeral thing we call a sense of self.

Positive affirmations work by affirming the self so that it feels – at least temporarily – strengthened, which helps us perform better the tasks that benefit from a relaxed, attentive state of mind. Affirmations strengthen our ability to use attention and creative thinking to solve the problem or task at hand. They act as a buffer against threats to our sense of self and our ability to meet the demands of the moment.

Self-affirmation theory posits that the goal of the self is to protect one’s self-image when threatened and that one way to do this is through affirmation of valued sources of self-worth. New studies headed by J. David Creswell, assistant professor of psychology in CMU\'s Dietrich College of Humanities and Social Sciences at Carnegie Melon, demonstrate that affirmations can actually help us to manage our stress responses and build resilience.

These new studies examine the effect of self-affirmation on actual problem-solving performance under pressure. Their work suggests that a brief self-affirmation activity at the beginning of a school term can boost academic grade-point averages in underperforming kids throughout the semester. “Understanding that self-affirmation – the process of identifying and focusing on one\'s most important values – boosts stressed individuals\' problem-solving abilities will help guide future research and the development of educational interventions,” says Cresswell.

Another benefit of strengthening one’s sense of self through positive affirmation is that people with a fairly flexible, non-defensive ego structure are better able to make use of any criticism that comes their way and learn from it rather than freeze up, get defensive, or shut down. Defensiveness, researchers posit, can also have a harmful effect on subsequent relating. The upshot of this is that statements that affirm our sense of self and act as a buffer against perceived threats to the self better allow us to remain flexible and present. We can make use of negative feedback without warding it off and we don’t alienate the people around us by fending off their well-meaning advice before even listening to it (Sherman, D. K., & Cohen, G. L., 2006).

Living in the trenches of addiction and codependency, high stress can make one curiously open-minded. Having to strengthen and protect a sense of self in situations where it is under a constant barrage of attack can inspire us to reach for anything (non-addictive) to feel better – fast! We become very willing to give what seems to be helping us a good try. Affirmations, it turns out, do just what we thought they did when we advise clients to look at themselves in the mirror each morning and tell themselves they are “good, worthy, and capable people”. They fortify us when we’re under stress; they buffer us from a feeling of impending harm. They help us to perform better under stress, whether that stress is suiting up and showing up for life while coping with the strains of addiction and recovery, or solving math problems in a testing environment.

This, of course, is resilience-building, which allows the self to function with greater adaptability, spontaneity, and strength in the moment. This can begin a positive self-fulfilling prophecy, rather than a negative one.

But When Do Affirmations Backfire?

It’s important to note that affirmations need to feel real in order to feel effective. Canadian researcher Dr. Joanne Wood at the University of Waterloo, and her colleagues at the University of New Brunswick who have recently published their research in the Journal of Psychological Science, found that if affirmations are done in a way that blocks out any awareness of negative emotions, they can actually make people with low self esteem feel worse than if they said no affirmation at all. When someone is asked to repeat, for example, “I am a lovable person,” it can make them feel less lovable if it doesn’t go along with what they already think of themselves. When the researchers asked participants in their low self-esteem group to repeat positive self affirmations, they felt worse than before, while those in the high self-esteem group felt only marginally better, though they did feel better.

One needs to take into account cultural variability and the structure of the test, but this research does suggest that we cannot just ramrod ourselves into a happy state of mind. Apparently the tacit pressure to block out negative thoughts can actually have a negative effect; it can make us feel even more preoccupied with those pesky little downcast thoughts as they drag at the corners of our minds. The researchers found that those in the low self-esteem group actually did better when they felt free to entertain negative as well as positive feelings.

Eckhart Tolle writes about this in his book, The Power of Now, where he encourages a kind of “presence” in the moment that does allow for the negative, or what he refers to as the “pain body” to emerge. He advises simply that we allow it to be, that we don’t give pain or negativity our energy and focus but that we accept it and give it space. In giving it space we relieve ourselves from a host of subsequent thoughts about pain, we allow contrasting thoughts simply to emerge into the moment and pass through our consciousness as we witness or observe them rather than think more about them.

So what seems to work (and this is what is particularly interesting to me as it is what I have always felt) is to head toward the positive while giving the negative a little breathing room.

My Personal Experience with Affirmations

I have written several affirmations books over the years, most recently One Foot in Front of the Other. In fact, Forgiving and Moving On has been, to date, my best-seller, edging close to a million copies. When I began writing affirmations I always included the struggle along with the positive. I wrote (in the first-person style) about the struggles that I faced (being an ACoA) and that my clients faced in recovery from addiction, codependency, and childhood trauma.

I opened each affirmation with the direction I wanted to head in, “today will…” sort of thing. Then the body of the affirmation was about processing all of the negative feelings that came up in me (or in my clients) when I considered heading in this positive direction. I wrote an affirmative statement for the end of each affirmation that I could hold in my hand (and mind) throughout the day – a psychological goalpost, so to speak. And I always added a quote that I found inspiring, a quote that let me know that someone very interesting had struggled with these thoughts and issues before me and appeared to have made some progress.

I am thrilled with all of this research into an area that has been so much a part of my writing life. And I am also pleased to see that in culling through the various studies, the style I have used over the years proves to be a useful one. In One Foot in Front Of the Other, I’ve integrated program basics and wisdom with neuropsychological findings into a user-friendly “I”-format. The idea is to map out the process of recovery and a new design for living in a manner that can be easily metabolized each morning; that can help to set a tone for the day that makes personal growth feel attainable and desirable; a little companion to let the reader know there are those who have been there. 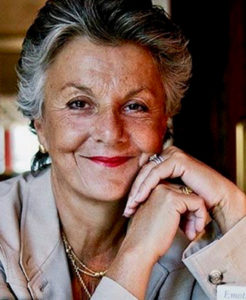