If Cannabis is Legal Does That Mean it is Safe?

Just because cannabis is legal on the West Coast and in Colorado, that doesn\'t mean it is safe.  Marijuana stimulates the nucleus accumbens and that will always come with a flood of dopamine.  Dopamine is the brain chemical that tells you, Do It Again!  Due to the disinhibiting nature of psychoactive chemicals, this can increase impulsivity, which in most cases leads one back to their favorite addictions.  For people who have had addiction, whether they are behavioral addictions like binge eating, gambling, porn, alcohol or other drugs, this is risky behavior and can lead to a slip or a relapse.


The legalization of cannabis will not change societies problems with the drug.  It is still illegal to drive under the influence of marijuana because it slows down reactions and has a hypnotic effect making it more difficult to respond to emergencies.  People who have jobs related to transportation and have Department of Transportation licenses to drive planes, cars, buses, ships, or work with machinery or other heavy equipment cannot test positive for marijuana as they will lose their license.


It is also illegal for people under the age of 21 to use marijuana.  This is not to keep young people from having fun but is based on the science that the brain does not mature until a person is 25 for older.  Cannabis has a major impact on learning and emotional growth. Endocannabinoid receptors are distributed throughout the body and the brain.  CB 1 receptor sites are located in the amygdala and therefore activate the survival reinforcement pathway as well as short-term memory.


Endocannabinoids are the naturally occurring neurochemicals in the brain that refine and perfect activity but they so closely resemble THC that the brain prefers the drug and the reward from dopamine and that delays and inhibits the brain from the myelination process.  THC impairs short-term memory and research indicates that people who use marijuana have a loss of 8 points in their IQ. Additionally, adolescents who use marijuana are 5 times more likely to develop a substance disorder in their lifetime.


Additional negative consequences from the drug are likely due to the increase in strength of this drug from 1 % THC in the mid 1960s to 25% or more and as high as 95 % for the concentrates (dabs). Over the past few years there has been an increase in emergency room interventions from cannabis use. Over 350,000 people have come to the hospital voluntarily for interventions that include: asthmatic conditions (as people struggle to breathe), anxiety, delusions, panic attacks, paranoia and elevated heart rate.


It is estimated that 8-10 percent of the people who use marijuana will develop cannabis use disorder (addiction). Marijuana has many withdrawal effects, not the least of which is compulsion to use the drug again, despite negative consequences. Arrests for illegal marijuana possession will decrease, while the perception that it is a benign herb with no negative consequences will increase its use and with that, the number of medical, psychiatric, and substance abuse interventions will increase in proportion to its popularity. 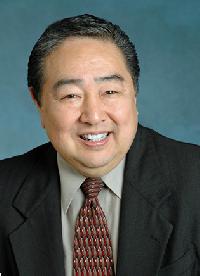 The Use and Misuse of Opiates in Pain Management

Marijuana: Its effects and mechanisms of action

Dr. Darryl Inaba is Director of Clinical and Behavioral Health Services for the Addictions Recovery...