If You Build It, They Will Come: The Transformational Space of Men’s Groups


Men’s therapy groups provide an exceptional opportunity for men to be fully themselves with one another. In addition to traditional roles men often play, they also have deeper longings for more meaningful, authentic contact in their lives, and group therapy is one venue where they get to practice the here-and-now experience of deeper connection and vulnerability. In his 1988 book Bradshaw: On The Family (which was later expanded into a PBS series), John Bradshaw made the distinction between human doings and human beings. Men’s groups offer a space for men to experience themselves more dimensionally, and less imprisoned in the doing role.

My first exposure to men’s groups was in the early ‘80s when my dad attended his weekly group in Center City Philadelphia. I was in high school at the time and didn’t have much exposure to therapy yet. Because we lived in the suburban bubble of South Jersey, it seemed quite revolutionary and mysterious that he would travel into our urban center every Tuesday night to meet with a diverse group of men. All I knew is that he was devoted to his weekly ritual, and he seemed to return home with a more optimistic and refreshed outlook. After five years of attending his men’s group, my father built up the courage to separate from my mother and start a new chapter for himself. Discovering his true voice through the group experience allowed him to make a bold decision after thirty years of marriage and was a formative event in the history of my family.

In the late ‘80s I enrolled in the MSW program at UCLA, and in 1992 I became an associate in a busy private practice in Los Angeles. There, I was asked to lead a men’s psychotherapy group which felt to me like being thrown into the deep end of the pool. Although I felt as if I was treading water at times, I slowly built up clinical muscle and returned every Wednesday night for eight more years.

Through the course of my career, I’ve lead three separate men’s groups—my current one going on its twelfth year—and this article is intended to share one perspective regarding men’s therapy groups. It may be relevant to mention that my current group therapy lens is based on the interpersonal, here-and-now process groups existing in my practice today.

As I embarked on an informal literature review for this article, I was reminded how men’s therapy groups are a relatively recent form of group work that has only been in existence for the last few decades. In 1969, Lionel Tiger published an early work entitled Men in Groups. In this groundbreaking book he coined the term male bonding, which has become an integral part of the psychological jargon describing a key component of men’s desire for closeness. Then in 1992, Bill Kauth published A Circle of Men, which elaborated on the expansion of men’s groups of the ‘80s, including the pioneers of the men’s movement such as Robert Bly, Sam Keen, and John Lee. This book emphasized the reclaiming of masculinity and male bonding through intensive weekends with rituals such as drumming and sweat lodges. Most of the literature seems to focus on support groups, ritual groups, and faith-based groups for men, and although each of these approaches offers valuable support, this article will focus on men’s process groups.

Why would a client choose a men’s group over a mixed gender group? This is always a complex question that is not simple to address. After brainstorming some of the primary clinical themes, I realized that it’s not necessarily the specific content, but more importantly, the honest conversations that are forged between and among males.  For example, in a recent group session there were two men who chose to reveal their challenges with the potentially shame-ridden issue of erectile dysfunction (ED).  It’s possible that ED might be discussed in a mixed gender group, but the willingness to share a highly-vulnerable issue among other men signified a deep trust and safety, which in turn promoted more closeness and intimacy among group members. Because men are generally socialized not to be vulnerable, men’s groups turn this paradigm upside down, not only encouraging vulnerability but typically establishing emotional risk-taking as a group norm.  This in turn creates deeper connection.

Another ongoing theme in my men’s groups relates to father hunger.  Because the majority of men in my groups were born between 1945 and 1975, their fathers grew up in a generation where a feelings language was virtually non-existent.  Because this theme surfaces time and time again, it reveals the emotional distance many of my clients experienced and sometimes continue to experience with their fathers.  This may be part and parcel of the subgroup of men who seek therapy, but regardless of the reason, these men are hungry for emotionally-reliable men as well as male role models.  As men grow to be more transparent with one another, male bonding becomes more cohesive and more fulfilling.  Not only is this form of bonding a healing element for men, but they often feel parented by one another through deeply honest conversations infused with respect and trust.

With that said, these are some of the primary clinical themes often explored in a men’s therapy group that provide a highly unusual growth opportunity in the presence of other men:

When I meet a client for the first time, I’m already considering his eventual appropriateness for group. Once a client has fully identified and explored his therapeutic issues in individual therapy, it may be time to consider transitioning into a group process. There is no cookie-cutter approach to the timing of a client considering or joining a group, but I always hold this possibility if my clinical instinct tells me that they would be a strong candidate. Because most of my individual clients generally know that I lead groups in my practice, they may express interest, or I may plant a seed in that direction typically within the first year of individual therapy. Although I may be eager to transition a client into my group, I always need to check in with myself to make sure that the client wants group more than I want it for him.

There are also several questions that may reveal whether a client is ready to participate effectively in a men’s group:

?      Is the client able to offer empathy and attunement?

?      Is the client able to receive empathy and attunement?

?      Does the client appear enthusiastic about a men’s group experience?

?      Is the client interested in developing more honest, satisfying relationships with other men?

?      Does the client have a foundation of individual therapy?

?      Does the client have past experiences with 12-step groups, self-help groups or support groups?

?      Is the client willing to comply with group guidelines?

?      Cultivating honest, satisfying relationships with the members of the group and the group therapist

?      Developing deeper, meaningful contact rather than simply getting along with others

?      Understanding one’s impact on others

?      Examining loneliness and longings for connection

Bringing together a sustainable men’s psychotherapy group often requires a tremendous commitment from the group therapist, but it can also be one of the most fulfilling and sacred experiences available to a clinician. As a witness to men learning how to be fully themselves with one another, it’s an extraordinary unfolding that far transcends the challenges group formation requires. Having led men’s groups since 1992, I’ve felt and continue to feel the utmost gratitude and respect for my groups as I continue to learn and grow beside my clients.  As my dad shared so poignantly many years ago, “my men’s group helped me reclaim my life.” 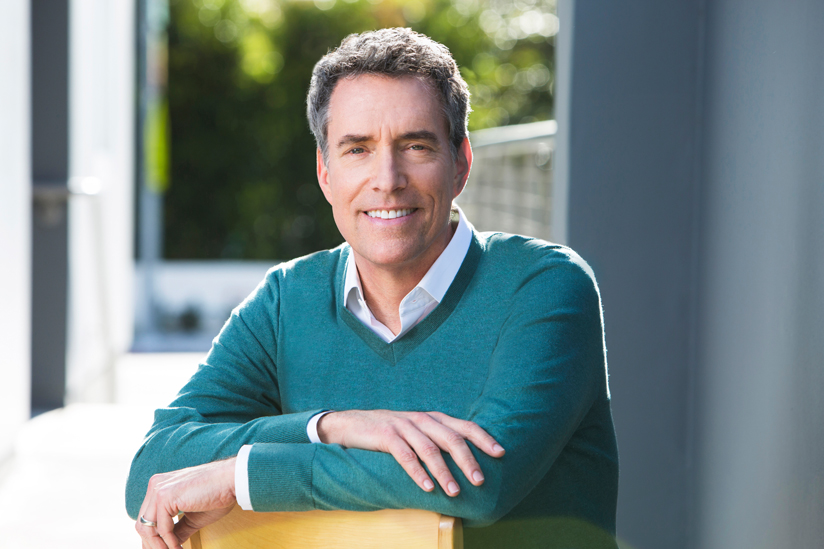 From Now On: Seven Keys to Purposeful Recovery makes each reader the writer of his of her own...

Sexual Health in the Age of Sex Addiction

As a member of the sex addiction fellowships for more than a quarter of a century, I’ve heard a...