For 25 years Insight Treatment Center’s highly regarded drug and alcohol program for teenagers has kept thousands of kids off the streets, out of the legal system, and back to their families to lead healthy and productive lives. Now this valuable program is threatened by health insurance company Health Net’s refusal to pay legitimate insurance claims.

Insight’s doors are on the verge of closing due to Health Net’s failure to pay claims for almost two years.

Almost nine years to the day after Federal Judge Fay S. Hochberg found HealthNet guilty of “obstruction of justice” for using “scorched earth” litigation tactics, Complex Litigation judges in Los Angeles and Orange Counties, as well as Superior Court judges in California and Arizona are trying to adjudicate the legality of the “scorched earth” tactics Health Net used to launch a war in 2015 against virtually every out-of-network substance abuse treatment facility in five states.

Here is background from a previous article published by RecoveryView.

Meanwhile the U.S. Civil Rights Office has decided to open an investigation into Health Net violations of HIPAA Incident Reporting Rule 164.308.  In 2016, as part of its dragnet Health Net required California providers to repeatedly send by “snail mail” duplicate copies of the same medical records.  It is unknown whether the repeated requests for medical records were a “delay tactic,” or whether the medical records were lost as many as three times enroute to India where claims were and are allegedly reviewed and processed.

This is not surprising as Health Net is already listed on the Department of Health and Human Services “Wall of Shame.” (LINK TO http://www.databreachtoday.com/health-net-breach-lawsuit-settled-a-7099).

?     In 2009 Health Net consented to a $250,000 fine and a “Corrective Action Plan” after Connecticut Attorney General (now U.S. Senator) Richard Blumenthal sued the health insurance company’s northeast division for losing an unencrypted portable computer disk drive that contained protected health information, social security numbers, bank account numbers for past and present Connecticut enrollees. The drive was being transported from Health Net’s Connecticut offices to Health Net offices in California.  The lost disk was later determined to contain 27.7 million scanned pages of over 120 different types of documents such as the insurance claim forms, membership forms, appeals and grievances, correspondence and medical records of 1.5 million past and present members of Health Net administered plans.  http://www.infolawgroup.com/2010/07/articles/regulations/health-net-agrees-to-250000-fine-and-corrective-action-plan-to-settle-loss-of-phi/

?     In 2011 Health Net entered into a settlement agreed with the State of Vermont because portable hard drive that contained protected health information, social security numbers, and financial information of approximately 1.5 million people, including 525 Vermonters went missing on May 14, 2009.  It took Health Net six months to notifying affected insured. (LINK TO https://vtdigger.org/2011/01/18/attorney-general-settles-security-breach-allegations-against-health-insurer/)

?     In 2014 a California court gave final approval for a settlement in a consolidated class action lawsuit against Health Net related to a 2011 breach that affected about 2 million individuals.  The information compromised included patients\' names, addresses, medical information, Social Security numbers and financial information.  (LINK TO:  http://www.databreachtoday.com/health-net-breach-lawsuit-settled-a-7099).

The California Department of Insurance (“DOI”) has reportedly completed or is nearing completion of an investigation about Health Net’s dragnet audit launched May 2016 after the Addiction Treatment Advocacy Coalition filed a complaint signed by over 100 facilities.

Although there are some decidedly bad players on the California Department of Health Care Services roster of licensed and/or certified treatment facilities it is unlikely that Insurance Commissioner Dave Jones will allow Health Net to bankrupt the many highly professional, well regarded facilities that generate significant revenues for the State.  Jones is a graduate of both Harvard Law and Harvard’s Kennedy School of Government and began his professional career as a legal aid attorney (providing free legal assistance to the poor).

The DOI will reportedly require Health Net to pay California providers taken off the Health Net audit list in 2016 the quoted benefit (75% of billed) for addiction treatment plus interest, or face an enforcement action.  On April 10, 2017, two business days after ATAC reported payment was imminent, Health Net quickly moved to put many California providers back on the audit list.  The new category is called “suspension” and is retroactive to dates in early 2017 when Health Net supposedly asked for additional medical records.  Impacted facilities report that no correspondence related to a “suspension” or medical records was received from Health Net including in 2017.  Requests that copies of the letters or other correspondence be resent by through the mail, by fax or email were ignored.  Finally, Health Net customer service employees told impacted facilities that on May 12, 2017 the Health Net legal department would be mailing them letters of explanation. Lost in the mail or never sent?  A month later no facility has reported receiving such a letter.

“As always, it is about the money,” says Stampp Corbin, President of the Addiction Treatment Advocacy Coalition.   “Health Net allegedly guaranteed to their buyer, Centene, that the company\'s liabilities were a certain amount of dollars. In my opinion, the dragnet audit of substance use treatment providers substantially reduced the liabilities of Health Net, which meant Centene paid a purchase higher price for the organization.

“Now that the Health Net purchase is complete, Centene will be left holding the bag for liabilities that are rightfully due substance use treatment providers. How will Centene recoup the money they overpaid for the purchase of Health Net? Most of the purchase price was paid directly to Health Net shareholders, who were not involved in the potential fraud. Quite the dilemma for Centene, who will likely sue the former Health Net Board of Directors and executives to recoup any losses they incur due to Health Net underestimating financial liabilities.”

A native of Southern California, Joan graduated UC Berkeley, served as a Peace Corps volunteer in Panama and got her Masters degree from USC. She then became a journalist, based first in Tel Aviv and then in Rome, working both the Jerusalem Post and the Calendar Section of the Los Angeles Times. With her husband, Russian film star Oleg Vidov, she owned and operated a successful film and television production/distribution company.

In 2007 they co-founded Malibu Beach Recovery Center, an alcohol and drug treatment facility based on neuroscience. She served as CEO from 2007, eventually expanding operations to include a women’s only facility in West Los Angeles. Both treatment centers and an affiliated Intensive Outpatient Program were acquired by RiverMend Health in June 2014.

Since then Joan has continued the advocacy work she began in 2009 for California’s proud network of addiction treatment facilities. In 2016 she co-founded the Addiction Treatment Advocacy Coalition 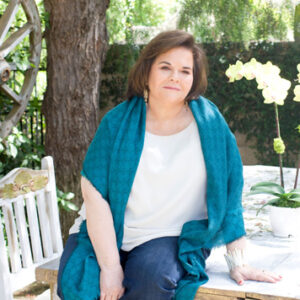