It was believed by professionals in the drug and alcohol treatment field, and even those recovering in A.A., that a practicing alcoholic/addict must reach “bottom” before he/she would benefit from any kind of help for his/her addiction.

Many were allowed to lose their jobs, families, material belongings, health, and even their lives before they were presented with some form of reprieve from their disease.  More found his/her “bottom” in death than in recovery.  Instead of waiting for an addicted individual to reach their “bottom” today a crisis can often be precipitated so that treatment becomes an accepted alternative.  This is called an intervention.

Intervention is a process in which a chemical/activity abusing or other addicted individual is confronted by caring members (CAREFRONTING) about his/her environment.  In the carefrontation, the dependent/addicted individual is helped to take an accurate and realistic look at how the substance or activity is affecting the people who are important and many of the situations around them.

Intervention is not aimed at just getting the dependent/addicted person to seek treatment, but it takes place on the environment.  It changes it so that the person can no longer comfortably exist.  When the environment no longer “enables” the person, he/she will become more available for treatment.

The “NO TALK” rule is the most destructive of all enabling behaviors.  It helps the person to continue the delusion that “it’s not that bad”, and when this exists, recovery is impossible.
Enabling of family/friends:

PARTICIPATING IN THE SAME BEHAVIORS WITH THE PERSON

JUSTIFYING THE BEHAVIOR WITH EXCUSES

KEEPING FEELINGS INSIDE—Do not want to rock the boat

AVOIDANCE—saying “it’s not that bad, at least he doesn’t beat me up”.

PROTECT—because of the image of the family or self

TAKING OVER RESPONSIBILITIES—letting him/her off the hook

WAIT—God will take care of this

Schedule an assessment with an interventionist and learn how you can save the life of your loved one.  You will be starting the best walk of your life with those who understand and are willing to help you. 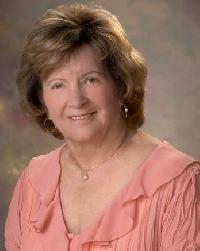 Author: Pat Moomey It was believed by professionals in the drug and alcohol treatment field, and...