It Happens to Boys: Walking the Heroic Path

What Makes Boys Afraid to Talk about Sexual Abuse?

What Happens to These Boys?

Our society’s denial of the reality of child abuse and our collective need not to know should not be underestimated. The abuse of children is an ugly reality.

Since this project with Prevent Child Abuse began three years ago, we have been asked the question, “Why focus on men when more women are abused?” (By the age of 18, one in four women and one in six men will be abused.)

The answer is simple but not so obvious to the general public. The cost to our society is great when we don’t provide treatment for men who were abused as children.

Imagine having a secret burdened with shame, fear, and rage tucked away deep inside of you. Now try facing everyday problems, relationships, work, parenting, and finances in a healthy way. Anyone abused as a child carries scars inside that never quite heal, especially if that person has not been able to talk to about it. When survivors feel “emotionally triggered”, they often act out in rage or use drugs and alcohol to numb pain, while also falling prey to eating disorders, suicide, and other negative behaviors that affect us all as a society.

A high percentage of untreated abused men go on to abuse others — as the saying goes, “Hurt people hurt people.” But if we start the healing process at the core, we can prevent other girls and boys from being abused.

As part of our project, we started the “It Happens to Boys” men’s group for men who have been abused. We started with four men and now have 17. Many of the men in our program are in 12-step recovery groups, and we are finding that many men are not receiving the help they need for their abuse issues in recovery facilities. They mention that they participate in one trauma workshop and that they dealt with their abuse in their fourth step work and now they are done, only to be triggered by something later and to relapse. However, the men who actively work on their abuse issues, have a place to talk and feel safe, bond with other men, and help each other, are doing quite well in their recovery.

Survivors of sexual abuse have an increased risk of using alcohol and drugs as a coping mechanism. Survivors are 13 times more likely to use alcohol, and 26 times more likely to use drugs. But why? The New Britain Sexual Assault Crisis Service’s Counselor Advocate Training Manual states that “the abuse of alcohol and other drugs is a way some survivors choose to cope with their assault. The abused substance can temporarily help the survivor forget the assault and dull feelings of pain, fear, self-blame, and other emotions.” (1)

Clear recognition of the profound effects of early abusive experiences and the complex issues these survivors experience underscores the need for a sophisticated understanding of the treatment process for childhood abuse survivors. Too many of these survivors do not seek treatment because of the shame they experience or because they have locked their memories away. When these memories are locked away, the emotions in these memories can be triggered by anything in the environment and thus making the survivor act out or in, depending on their style.

If a person experiences a trauma and was unable to process it, the emotions tend to remain in the emotional part of the brain, the amygdala. The amygdala is specialized for reacting to stimuli and triggering a physiological response, a process that would be described as the emotion of fear. If the information and emotion does not transfer to the hippocampus, where it is rehearsed and remembered, it stays in the amygdala. The survivor’s emotions can then become triggered, rendering the survivor in an emotional state of fear, re-creating the emotions of the traumatic event.

For example; If you were abused by a male and he wore a certain brand of aftershave, you could be walking around a store not thinking about your abuse, but you smell that aftershave and feel that triggered emotion, and now you are raging at a salesperson because they did not give you the right change.

According to John Lee, author of The Anger Solution, “When we get triggered we tend to regress to an earlier stage of life and we rage”.

Both men and women can experience anger, shame, anxiety, numbness, fear, confusion, sadness, self-blame, helplessness, hopelessness, and suicidal feelings. However, the New Britain Sexual Assault Crisis Service’s Counselor Advocate Training Manual states that “Men may show more hostility and aggression rather than tearfulness and fear”. As a reaction to their feelings, male survivors may turn to alcohol or drugs, as well as other self-destructive behaviors. They may lash out at others around them. (2)

Many women and men who have been subjected to severe physical or sexual abuse during childhood suffer from long-term disturbances of the psyche. They may be invaded by nightmares and flashbacks — much like survivors of war with PTSD or, conversely, may freeze into benumbed calm in situations of extreme stress.

“Among both adolescent girls and boys, a history of sexual or physical abuse appears to increase the risk of disordered eating behaviors, such as self-induced vomiting or use of laxatives to avoid gaining weight. Among those at increased risk for disordered eating were respondents who had experienced sexual or physical abuse and those who gave low ratings to family communication, parental caring, and parental expectations.” (3)

What Can We Do?

The men in our group are vigilant about their behavior; they never want to repeat what happened to them with their own children. They are helping themselves and reaching out to other men and boys to help in the education and healing process. They are working tirelessly, speaking wherever they are needed. 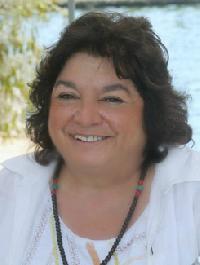