“Gone are the days when I was svelte and soignée,” sobbed Lorraine, a 45-year-old accountant. The Los Angeles resident “hit the big 4-0 like a ton of lead bricks” and her metabolism crashed. “I used to eat a bag of Doritos and ranch dip – anytime, at any hour. Then all of a sudden I started to crave eating late at night – really late – like midnight or one or two in the morning. It was like I couldn’t control myself. I had to munch during the wee hours of the morning!”

Nocturnal Nibbling vs. Midnight Snack Attack
Night Eating Disorder (NED) is rarely recognized and is generally misunderstood. Once delegated to the realm of a general eating disorder, this very real problem now commands the consideration it deserves; perhaps as many as six million Americans suffer from this relatively newly identified issue. Those with NED obsessively consume more than half of their daily caloric intake after 8 p.m. More significant is the finding that more than 33 percent of morbidly obese individuals (persons who are 100 or more pounds overweight) are affected by this disorder. NED is characterized by a lack of appetite in the morning and severe overeating at night, with agitation and insomnia a compounding and prevalent factor. Although NED is an eating disorder, it is also considered one of mood and sleep, according to study author Albert Stunkard, M.D., of the University of Pennsylvania Weight & Eating Disorders Program.

NED is a very different animal from binge eating and bulimia. Those who suffer with NED consume relatively small snacks with high-calorie content at night, but do so with far more frequency than is normal. Those who suffer with binge eating disorder or bulimia tend to have very large and infrequent binges, consuming tremendous amounts of calories. Some classic psychological issues seen in NED include:

Binge-eating right before bed or continually eating during the night

Uncontrollable desire to eat during the night

Eating more than half of daily calories after dinner

Little or no appetite in the morning

Feeling nauseated in the morning

Feeling out of control and unable to stop

“The thought never occurred to me,” said a surprised Lorraine, when after several rounds of therapy, she and her counselor realized she suffered from NED. She went to a registered dietician “to help me structure a sensible eating plan, including supplements, which would at least help me understand what I needed to stabilize my blood sugar and keep me relatively sane.”

Although many choose to treat an eating disorder with psychotropic medicines, one alternative method are holistic channels. A licensed professional can help you get your life back on track. Exploring such avenues with someone you trust is the first place to start. 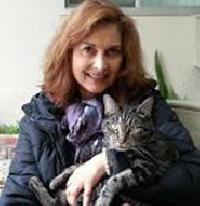 Is There Life After Meth? Addictions Redefined

“The Journey Of A Thousand Miles Begins With The First Step.”  Lao Tzu Addict, from the...