In the last few years, a faulty health insurance policy has cost several addicts and mentally ill individuals their lives.

In October 2013, Joan Borsten told RecoveryView.com that Blue Cross had issued payments directly to individuals in recovery, instead of paying the out-of-network treatment providers for whom the checks were meant.  The result?

“They used the money to relapse, and in some cases, overdose,” reported Borsten.

Since 2013, many more addicts, families, and treatment providers have been affected by direct payouts to addicts.  Borsten told RecoveryView.com that treatment providers from Colorado, Arizona, and California are now seeking recourse.  Some are resorting to the court system for help.

Lawyer, Steve White, has been successful in forcing a settlement for a treatment center that was underpaid as a result of the “checks to addicts” policy.  Since December 2013, he has worked to bring the issue in front of judges and has gotten favorable results.

Also demonstrating support for the recovery community, California Assemblyman Richard Bloom is currently gathering Impact Statements from all who have been negatively affected by the policy.

“He plans to demonstrate not just the financial harm to California businesses, but the harm to public safety,” said Borsten.

Prior to Bloom’s involvement, Senator Ted Lieu carried the baton on this issue, immediately responding to the cry from one particular treatment community with a cease and desist letter to Blue Cross.  While Blue Cross subsequently remedied the problem in that particular case (by diverting future payouts to the treatment provider), it has not changed its overall policies.

Anyone who wants their Impact Statement to be considered by Senator Bloom can send an email to bluecrosschecks@malibubeachrecovery.com.  Someone at Malibu Beach Recovery will promptly send you an Impact Statement form that can be submitted to Senator Bloom.  Impact statements have been written in a form that is HIPAA compliant. 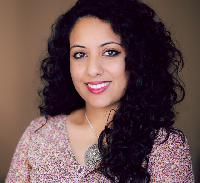 Digital Art As A Tool For Recovery

With the accessibility of digital tools for creativity and self-expression, the phenomenon of...

The journey toward peace in the Middle East has been a long, arduous, frustrating and unfruitful...

YOUR HIDDEN RICHES – UNLEASHING THE POWER OF RITUAL TO...

“… rituals are the ‘secret weapons’ of the world\'s most accomplished people – from...