For years the Mental Health Parity and Addiction Parity Act was just a dream. The law itself passed in 2008, but just two weeks ago it actually went into effect. Exactly what this means for our field has yet to take shape but the idea that mental health problems are finally understood to have the same if not more impact on things like quality of life, job performance and relationship health is an idea whose time has finally come.

Named for the U.S. senators the late and loved Paul Wellstone and Pete Domenici who sponsored it,  the parity act, according to William Moyers VP of foundation relations at Hazelden, “eliminates discrimination by insurance companies by expanding access to treatment for people who want to use their coverage to get help for addiction to alcohol or other drugs, as well as depression, eating disorders and other mental illnesses…..[the new law] opens the door to hope and help for 112 million people with employer-sponsored group health plans. Now, those plans are required to match the financial benefits for mental illness and addiction like they do for all other medical or surgical benefits, including out-of-pocket expenses, deductibles and co-pays.”

One can hardly open a newspaper, turn on the TV or log onto the internet without seeing yet another celebrity or public official being carted off to treatment in sunglasses and a floppy hat or standing boldly against the rush of negative press they are so likely to experience if they openly talk about their battle with depression.

But now this issue has a chance to move from the tabloids to the clinics and treatment facilities where meaningful change actually has a chance to happen. Thanks to a more enlightened senate and congress, or maybe just a more honest one, mental health and addiction can come out of the closet as disorders that need and deserve the same sort of organized and aggressive treatment as say a spreading cancer, because that is just what they are.

According to the most recent statistics from SAMSHA:

Happy people create happy people and happy homes. Depressed or addicted people share their moods as well, only in darker and more troubled hues. For every one person who suffers from mental illness or addiction there are easily (and probably conservatively) four more who suffer deeply and for decades. The emotional and psychological trauma that often times results from living with addiction and mental illness can and often does create a set of symptoms now known as PTSD, post traumatic stress disorder. PTSD not only troubles those who have it but those who live with that person who suffers from it. And so it goes, hand to hand, heart to heart, life to life. We pass on our pleasure or we pass on our pain. Perhaps mental health parity will help us to “break the chain” and free not only one, but several generations. 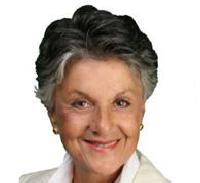