Time to pick up your remote, find the Oxygen Channel and watch Season 2, Episode 5 of “License to Kill” (also available through Oxygen on Demand). “License to Kill” is a series that chronicles patients put into jeopardy by medical professionals. Episode 5 had great resonance for me because it is about Dr. Hsiu-Ying “Lisa” Tseng, the Roland Heights, California general practitioner who became the first U.S. doctor convicted of murder for recklessly prescribing drugs to patients. In 2015 she was sentenced to 30 years in prison, a far cry from to Dr. Daniel J. Healy, a Duarte California doctor who prosecutors described as "nothing more than a drug dealer in a lab coat."

In 2010 Dr. Healy got only four years in federal prison for prescribing powerful and highly addictive pain killers to people who had no medical need for the drugs. The LA Times described the sentence as “far less than the 17 years prosecutors had been seeking and well below federal sentencing guidelines that called for a term of 17 to 22 years…” Dr. Healy they said led the nation in 2008 in ordering hydrocodone -- painkillers sold under the brand names Vicodin and Norco. According to the Times, prosecutors accused Healy of wildly overprescribing and selling the drug, for which there is a thriving black market, particularly among young adults. Some of Healy's patients were in their late teens and early 20s and had been friends of Healy's sons. Some patients, court documents stated, would leave with hundreds or even thousands of pills at a time.

Fast forward to Dr. Tseng who got the 30 years. I believe Episode 5 of “License to Kill” is really a tribute to how parents and professionals working together slowly brought public and legal awareness to a growing national phenomena -- prescription drug addiction. It is not only a tale of addicts whose drug of choice is prescription drugs, but the dirty docs who profit by turning ordinary people with ordinary pain issues, or no pain issues, into pill addicts. It was spearheaded in part by April Rovero who appears in episode 5. Her 21-year-old son, Joey, was found dead in his apartment near Arizona State University where he was finishing his senior year, just five months before graduation and three weeks after Joey and two ASU classmates drove six hours to see Dr. Tseng. They left her office in Roland Heights with prescriptions for powerful drugs intended to address severe pain and anxiety. The combined use of those prescribed drugs with alcohol took Joey’s life and led April to form the National Coalition Against Prescription Drugs Abuse. The purpose of her nonprofit is to raise awareness about the potentially dangerous impacts prescription drugs can have when used recreationally, or even when taken as prescribed, and that she did.

Why am I writing about prescription drug addiction? In 2007 my late husband Oleg Vidov and I co-founded Malibu Beach Recovery Center (then known as Marshak Clinic) with in-laws from Russia. Dr. Marshak had a unique treatment method for helping addicts and alcoholics get into recovery and stay sober that he wanted to introduce to the US. Oleg and I did not drink or do drugs. By osmosis we knew there were alcoholics and “street drug addicts” (heroin, cocaine, meth). We were greatly surprised the day the Clinic admitted John (not his real name) an actor who after multiple spinal surgeries had become addicted to his legally prescribed medications. All three types of pills he was prescribed had such high potential for abuse they were “controlled” by the DEA, meaning they were classified according to their addictive potential, Schedule I being the most dangerous. Percoset and Oxycodone were both Schedule II drugs and Soma was Schedule IV. John was taking all three, and in quantities far greater than prescribed.

Over the next seven years we would admit many other prescription drug addicts. As a former journalist I decided to help shine a light on the “dirty docs” by telling the stories of our clients, especially the stories of those who became addicted by doctors profiting significantly just for writing the prescriptions. I blogged about a doctor whose office was in a San Fernando Valley strip mall, the windows covered with brown paper, who had sold one of our client’s prescription after prescription of Schedule II pain killers based on X-Rays from a skateboarding accident when he was five. I blogged about a Brentwood pharmacist who in exchange for a $100 bill would renew a 30-day pain pill prescription every 5-7 days. I blogged about a mother, who had no insurance or money, who walked 40 times from one side of drug-infested Simi Valley to the other side, carrying a sign that said “Not One More.” Below a tree in the backyard of the house that used to be Malibu Beach Recovery Center, is a memorial rock clients painted to honor a client who overdosed on prescription pills.

In 2010 I shared everything I knew about prescription drug addiction with Los Angeles Times reporters Lisa Girion and Scott Glover who spent two years researching every aspect of the prescription drug epidemic sweeping California and the nation. The result was an impressive, hard-hitting series entitled “Dying for Relief,” that debuted on November 10, 2012.

After watching Episode 5 of “License to Kill” I decided to check in with three of the Malibu Beach Recovery Center alumni whose stories I had chronicled over the years and with whom I am still in touch.

Today John is still working in the entertainment business. He tries to control the pain that comes from his multiple back surgeries with cocktails of non-addictive pain medications (2 Tylenol + 4 Advil). “Chronic pain and pain management can be extremely challenging,” he says, “when someone is trying to adhere the protocols of recovery. At times it is a difficult topic to share honestly about in meetings because there are issues of shame and judgment.”

Krissie (her real name) never abused alcohol or street drugs. Then, when working for the Motion Picture Academy she developed carpel tunnel syndrome which led to RSD and fibromyalgia. She sought help from an Encino pain management doctor. He put her on a lethal cocktail of pain medications, many reserved for cancer patients. By the time a Workman’s Comp judge intervened and sent her to us for treatment in September 2008, her Motion Picture insurance plan had spent close to $500,000 on pain medication, mostly Class II narcotics including fentanyl lozenges, fentanyl patches, morphine, methadone, oxycontin. Krissie was almost comatose when she arrived at Malibu Beach Recovery Center. Her detox alone took 62 days, ten times more than most heroin addicts or alcoholics. 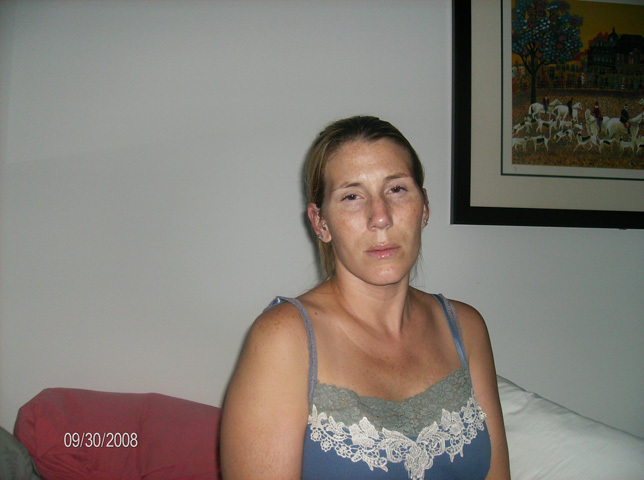 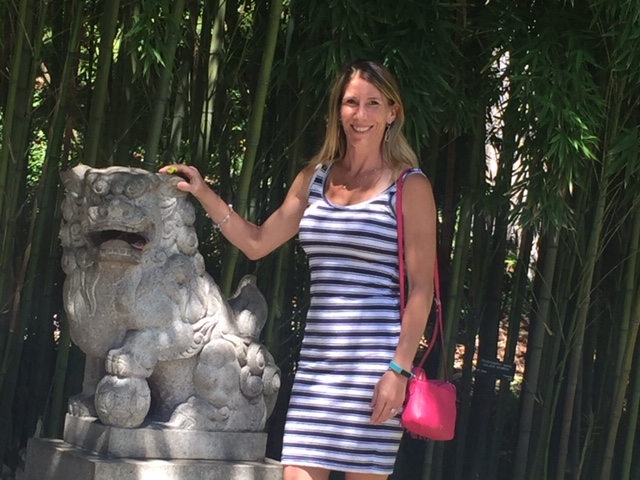 Early in her recovery she went to an AA meeting and to her great surprise met up with her doctor who turned out to be an alcoholic in recovery and secretary of the meeting. Shortly afterwards we learned that he had addicted himself to the same lethal cocktail he had Krissie on. He committed suicide rather than go to treatment.

Today Krissie is a licensed addiction counselor. She still has pain, but she has found alternative methods of controlling the pain, and regularly attends AA and NA meetings. Her son, who I remember as a traumatized little boy, recently graduated UCLA with a degree in astrophysics.

When Edward (real name) was 21 and living in Las Vegas he decided to start seeing a doctor because he was “a little depressed” and “had a backache or something.” Nothing Ibuprofen couldn’t fix. One prescription led to another and he was soon on antidepressants, which led to low levels of Vicodin or Lortab which turned into heavier drugs. “It was a snowball effect,” he told me. He soon began abusing prescribed oxycontin, methadone, Xanax, klonopin, and valium. “I was taking every medication known to man.” Edward said he “absolutely knew” he was an addict. “I knew I was doing something wrong, but I didn’t have to be afraid of the law, because they were prescriptions. I wasn’t going to a drug dealer on the street. I was seeing a real doctor and he was writing me prescriptions. And I remember taking the pills home and lining the bottles up on my dresser, going ‘I’m set.’”

By the time Edward admitted to Malibu Beach Recovery Center in August 2011 he was a student at Cal State Northridge, addicted to suboxone and klonopin. I convinced him to take part in the LA Times “Dying for Relief,” series, which meant allowing Los Angeles Times staff photographer Liz Baylen to follow him through detox. “Bitter Pills,” her video essay about Edward was a runner up for that year’s Pulitzer Prize for photojournalism.

Today Edward is headed for his PhD and a career in physical therapy.

In 2010 Mark DeSaulnier, then a State Senator, now a US Congressman, authored SB 1071, a bill designed to fund CURES, a real time online data base that would allow doctors and pharmacists in this state to instantly check whether their patients were doctor shopping or pharmacy hopping. In 2010 I took Krissie once to testify. After the bill failed to get out of committee, I took both Krissie, Edward and several other prescription drug alumni. When specific Assembly or State Senate committees were sent to vote, our former prescription drug alumni would call members of the committee and urge them to vote “yes.” The second time around, due to some heavy lifting by then Assembly Budget Committee Chairman Bob Blumenfeld, Senator DeSaulnier’s bill passed. Krissie and Edward had become poster children for the fight against “dirty docs” and big Pharma.

Joan currently serves as Executive Director of Summit Estate Recovery Center and Vice President of the Addiction Treatment Advocacy Coalition which she co-founded in 2016.