As we talked, she unwound tape from her forearms – tape she had wrapped around paperclips pressed tightly against her skin, hidden under the long sleeves of her sweatshirt.  She handed me the various bits of metal she was planning to use to harm herself again later, and we talked of her reasons for wounding herself.

All of her reasons boiled down to pain:  the emotional pain caused by the shame she suffers for decisions she made in the past; the emotional pain, “burning through her veins”, as she described it, due to the abuse she suffered at the hands of someone who should have been safe and trustworthy.

Her solution to assuaging her emotional pain was to distract herself from it by self-inflicting physical pain.  Physical pain is something she can control. It is straightforward; it is easy to understand; it demands attention NOW.  Ironically (and effectively), it helps her to numb out and forget.

As we talked, she allowed her words to spill out, like a trickle of water that has filled a deep basin over time, and has just crested the lip of the reservoir.  She surprised herself.  It seemed as if she couldn’t stop the flow of ideas and emotions.

Compulsive self-injurers hurt themselves repeatedly in a day, and typically use some kind of ritual.  For example, a girl who cuts herself may store her razor blade in a special box on her nightstand, or keep it with her in a backpack, purse, or pants-pocket, wrapped in tissue paper.  She may cut at a designated time each day (like immediately after Algebra class) and may find she can’t sleep at night without first cutting herself.

Episodic self-injury occurs every so often, and is typically more secretive.  The self-harmer would likely not identify herself as a “cutter”.  Girls who only hurt themselves every so often tend to be reactive to some precipitating event, like breaking up with a boyfriend or failing a test at school.  Girls suffering from Major Depression or Anxiety disorders (like Panic Attacks or Generalized Anxiety Disorder) seem to be more susceptible to episodic self-injury.

When a girl begins to self-harm over and over, so much so that it seems like (or becomes) an addictive pattern, we refer to it as repetitive self-injury.  Young women who struggle to control their impulsivity have difficulty ceasing self-harm once they experience it soothing their emotional pain.  One 14-year-old cut herself on her stomach, right along her waistline, so that she could interfere with the wound throughout the day by moving her body against the waistband on her pants.  The pain kept her distracted from her parents’ pending divorce.

As you can imagine, due to the nature of the topic, many people are not forthcoming about their self-harm.  Accurate numbers about self harm are difficult to obtain2.  Recently, however, key studies in Europe and the U.S. shed light on the prevalence of self-injury among young people.

In a massive, highly coordinated study3 spread out among seven countries in Europe, researchers found that teens engaged in high rates of self-harm around the age of 15.  In four out of the seven countries more than 30% of girls that age had harmed themselves.  We now know what we long suspected:  Girls are more than twice as likely as boys to cut their wrists and thighs, and to scratch or pinch themselves so hard that they leave a mark or bleed4.

Both studies found that most self-injuries go unaddressed.  Girls don’t tell their parents or therapists, or even their doctors, about their self-injury.  This is concerning, as self-injury is a highly treatable problem.

In the U.S., New York researchers found that almost 10% of college students surveyed had purposefully cut or burned themselves at least once. When researchers opened the definition of self-injury to include head-banging, scratching, and hitting (in addition to cutting and burning), one quarter of the 1,200 students surveyed responded that they had self-injured in one or more of these ways5.

A 2006 survey6 of over 3,000 Northeastern University students revealed that 75% of students who harm themselves had harmed themselves more than once.  Girls were more likely to self-harm repeatedly.  The Northeastern University survey corroborated the seven-country European survey in that the average age of the first experience self-harming was between 15 and 16 years old.

Why do girls harm themselves?  I think it will be helpful to get the answer straight from those who did it, rather than from stuffy researchers in white lab coats.  A few years ago I posted this question on Facebook for some of my former clients.  Consider Carin’s answer:

“I think you have to figure out the TYPE of attention the person is after . . . .  Because I didn’t want people to know I cut. I was very embarrassed by it. I went to great lengths to hide it. However, I did want attention. I wanted people to know something was wrong and to somehow see beneath the facade that I put up. There are people who cut for obvious attention– they do it then show their friends, etc, but you have to remember people like me who did it as a way to get attention but not directly.”

Many girls felt like self-harm became addictive over time.  This corroborates research which suggests that cutting the body releases endorphins7 that provide a mild “high” or “rush”.  Here is Betsy’s reason for cutting:

“I found it addictive. In the midst of it, I wanted to do it even without a clear ‘reason.’  I LOVED buying/stealing new razors. I thought about it all the time. Some of that might have been a way to get attention, like you said, Susan, but I also think it can be addictive just like losing weight/not eating/purging is addictive in those with eating disorders.”

In his book, Cutting, Steven Levenkron lists anger, self-medication, trading emotional pain for physical pain, guilt and shame, exhibitionism, and comfort as reasons for cutting.  His most important contribution to the literature about self-harm, early on, was his view of how attachment issues infuse almost every part of cutting8.  Additional reasons girls engage in self-harm are listed below:

Provide Options to Replace the Self-harm

It is imperative that we provide other options for young women who are hurting themselves, yet have expressed a desire to stop.  New habits and new coping skills provide a line of defense against self-injury, especially when the girl is feeling lonely.  Melissa said,

“I know it helped me to learn other coping mechanisms and use them. Find other ways to get out your feelings, a way that works for you. Some people like talking. Some like music or art, journaling etc. You have to find what works for you. And a lot of times it doesn’t feel as good as cutting, which may seem like the best quick fix, but if you get through to the person that in the long run it makes problems worse, then getting through it in a different way is more acceptable.”

Here is a short list of options for replacing self-harm, some of which I’ve found to be better than others9:

This article is brief by necessity.  Suffice it to say that if we have established a physical environment that is safe and we have a healthy, affirming relationship with the young woman, we are off to the right start.  If she trusts us enough to show us her scars, tells us how, when, and why she cuts, and she begins to explore the deeper issues that plague her, we are close to helping her stop self-injury.  Providing her with a slew of new options that work for her helps assure that success is right around the corner! 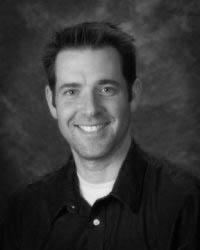