If your son or daughter has a substance abuse disorder and is given a dual diagnosis for a mental health issue, how do you know if the psychiatrist has made the correct diagnosis? Most often the doctor will listen to the patient, look for symptom clusters, make a diagnosis, and prescribe a medication or medications for the patient. The problem here is that psychiatrists don’t look at the problem; they guess! All other doctors look inside of the patient, to see what the problem is; they test and see what is actually happening to the patient in function and structure. Psychiatrists take out their crystal ball and they guess what the problem could be, without actually looking inside the brain. They are treating patients the same way that they were in 1818 when German physician Johann Christian Reil coined the term “psychiatry.”

Those working in the addiction treatment industry noticed some years ago, that suddenly, almost everyone in early recovery from addiction to drugs and alcohol was also being labeled as bipolar. This term seemed like the magical password for managed-care approvals. Sadly, most of these patients were prescribed medications to deal with their mania and depression. Certainly, those suffering from the hopelessness of addiction experience different levels of situational depression related to their problem.

The question for the doctor to figure out, is the patient’s depression because of a problem with their brain chemistry, or is it situational because of life choices? Predetermined labels can be very destructive, especially for substance abusers. The DSM or Diagnostic and Statistical Manual of Mental Disorders states that approximately one out of every two-hundred people in the United States may suffer from bipolar disorder. If you compare that statistic to the number of individuals who were labeled as bipolar, the number would be staggering!

Over the past several decades, a large body of research has accumulated and changed the understanding and thinking about substance abuse, process addictions, and their effects on the

individual’s brain.[1] All of this new-found knowledge has led to new ways of thinking about the prevention and treatment of substance use and process disorders. These disorders produce changes in the brain’s structure and function that can promote, sustain, and contribute to relapse back into addiction.

Once viewed as moral failing and a character flaw; however, it is now clear that addiction is a chronic illness characterized by clinically significant impairments in social function, health, and control over substance use which is voluntary. Although there are differences in mechanisms, addiction has many commonalities with other disorders such as diabetes, hypertension, and asthma. All of them are influenced by genetics, environmental, developmental, behavioral, and social factors, are all chronic and subject to relapse. Those afflicted may have trouble complying with prescribed treatments. Addictive substances have powerful effects on the brain, these effects can lead to euphoric recall, intensely pleasurable feelings during initial usage which can lead those addicted to continue to use again and again, no matter the risk involved. Progressive changes in the structure and function of the brain occur with continued misuse called neuroadaptations. These can be the catalyst in chronic misuse, dramatic changes in the brain’s function reduce the ability to control usage.

The three key components of networks that are involved in the development of substance use disorders in the brain are:

The basal ganglia: controls the reward and pleasure effects, responsible for the formation of habitual substance use.

The extended amygdala: involved in stress, feelings of anxiety, unease, and irritability that often accompany substance use withdrawal.

The Surgeon General has defined addiction as a chronic brain disorder that has potential for both relapse and recovery. Neuroscience’s research suggests that the process of addiction is a three-stage cycle: binge/intoxication, followed by withdrawal/negative effect, and the finally preoccupation/anticipation.

Today, psychiatrists have the technology to look at the brains of individuals through SPECT imagery and MRI scans doctors can see brain activity, blood flow, and structure issues.[2] Doctors can actually look at brains and get a good idea of what the problem is without just guessing. Dr. Daniel Amen is one of the world’s leading experts on brain imagery and understanding SPECT imaging results. Dr. Amen says that SPECT imaging can help determine if co-existing conditions require treatment, can determine if treatment is working correctly, and that treatment plans need to be individualized based on scan results.

Neuroscience has discovered a protein FosB found in the reward centre of the brain alters in chronically ill, suffering from addictive disorders, such as heroin addiction, it is genetically modified, split off and shortened.[3] Under this stimulus, the protein becomes more stable, remaining in the brain longer than in its original form. Even for as much as several weeks after withdrawal, a craving for this stimulus persists, it can even be detected after the death of the patient.

According to Dr. Amen, and the research results at the Amen Clinic, there are six different types of addiction-prone brain patterns.[4]

Type One are Compulsive Addicts.  Pathological gambling would fit type one. Individuals tend to get stuck or locked into one course of action and don’t see the options they may have. Most commonly, this type of brain SPECT finding shows increased anterior cingulate gyrus activity, which is usually caused by low serotonin levels.

Type Two are Impulsive Addicts. The most common finding in this group is low activity in the prefrontal cortex, likely due to low levels of dopamine. The PFC is involved in judgment, impulse control, planning, follow through, decision making, and paying attention. This type is often seen with ADD and ADHD and is more common in males.

Type Three are Impulsive-Compulsive Addicts. SPECT scans here tend to show low activity in the prefrontal cortex, likely due to low dopamine and too much activity in the anterior cingulate gyrus likely due to compulsivity and low serotonin. Common in children and grandchildren of alcoholics.

Type Four are Sad or Emotional Addicts. Individuals with this type often use alcohol, pain medications, marijuana, or food to medicate underlying feelings of depression, loneliness, and boredom. This is common in women and it can worsen in winter. Typical SPECT findings here are increased activity in the deep limbic system and low activity in the prefrontal cortex.

Type Five are Anxious Addicts. People in this type tend to use food sleeping aids, marijuana, alcohol, and painkillers to medicate underlying feelings of fear, anxiety, tension, nervousness. More commonly seen in women, this type seems to suffer from physical symptoms of anxiety. People with this type tend to be extremely shy, predict the worst, and easily startled. SPECT findings here: too much activity in the basal ganglia, likely due to low levels of GABA.

Even though the six types have some commonality of symptoms, each type has its own set of symptoms and specific treatments. Dr. Amen says, “One size does not fit all: what works for one person with addiction may not work for another, or could even make the symptoms worse!”

No longer do psychiatrists have to throw darts in the dark; they can shine a light on the actual problem and treat it properly. It certainly is an exciting time in the mental health field and the addiction treatment field. New discoveries in research, new understanding, and new solutions to age old problems. Today, psychiatrists have the tools and resources to look inside the patient’s brain, diagnose and prescribe treatment specific to the needs of each patient.

Reverend Coughlin is a Founder and the Director of New Beginning Ministry, Inc., an evidence based, twelve-step residential addiction recovery program for adults that is accredited by the A.A.C.T.. Rev.

Coughlin has helped thousands of people to change their lives over the past eighteen plus years. He is an Addiction Expert, Blogger/Writer at Addicted Minds and VIP Interventions, and a Professional Associate member at Gemini Behavioral Health. He is a two-time World Champion and nine time National Champion and State and National Record holder power lifter, a gentle giant who has championed many in his career. Most call him RevKev, they enjoy his lectures and workshops on addiction, recovery, and life. RevKev has been very successful with pastoral counseling and recovery coaching with both those addicted and their families. Reverend Coughlin has trained many recovery professionals that have interned at the ministry. RevKev is considered an expert on addiction and recovery. Many have utilized him as a consultant. Rev. Coughlin is a member in good standing of the A.A.C.C., The American Association of Christian Counselors, The Evergreen Council on Problem Gambling, and The National Council on Problem Gambling, NAADAC, USAPL, and IAM Minister’s Fellowship, and The Christian Coach’s Network. RevKev is also an internationally published poet and writer, mostly on Addiction and Coaching subjects. To date, he has had over five hundred poems published and numerous articles. RevKev is also the founder, CEO and President of Phase II Christian Coaching, LLC, the company operates structured assisted living homes for clients in recovery. RevKev is also a Nationally Certified Recovery Coach and Anger Management Specialist, a Nationally Certified Family Recovery Coach, a Nationally Certified Christian Recovery Coach and Family Recovery Coach, and a Nationally Certified Gambling Addiction Coach, Nationally Certified Case Manager, Life Coach, an International Master Addictions Coach, Sexual Addiction Coach, Life Recovery Coach and Trainer. Rev. Coughlin is also a Nationally Certified and PA credentialed Interventionist. RevKev also works with The Addictions Academy in Miami, Florida designing recovery coaching courses and manuals and is an instructor for the Academy and is now the Program Director. RevKev volunteered his services with Break of Dawn International, Inc. and Together We Heal, Inc. RevKev continues to further his education with The Light University, NAADAC and the Christian Coach’s Network taking several courses and webinars, he is also in the process of becoming a Board certified Christian Family Counselor. The Reverend has been awarded Doctorates: a Doctorate in Christian Counseling and a Doctorate in Divinity, a degree in Life Coaching, in Domestic Violence Christian Advocacy, and a PhD in Philosophy in Psychology. He also has a BS and an MS in Christian Counseling. He is Board Certified with DIT Seminary in Christian Counseling with specializations in Grief, Substance Abuse, Alcohol Abuse, Family, and Developmental. He is a licensed Domestic Violence Christian Advocate, a licensed clinical Christian counselor, an AACT-DCU Associate Professor. He also is the Northeastern Vice President of the Administrative School Board. Rev. Coughlin is also President of the Board of Directors for DIT Seminary in Miami, Fla. Dr. Coughlin is now a Provincial Superintendent as he awaits to be sworn in as a Bishop of The Evangelical Christian Church in the spring 2016.

[1]  Surgeon General.gov Key Findings: The Neurobiology of Substance Use, Misuse, and Addiction 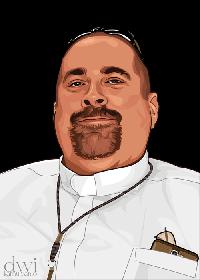 AMA or APA training and techniques help lead to success in the battle against addiction. AMA stands...