In 2009, I was fortunate to spend ten long days in prison. I was not incarcerated, but rather I was there to participate as an instructor in the 315-hour-long Offender Mentor Certification Program (OMCP) at California State Prison, Solano. This classroom education and skills training was provided by the California Department of Corrections and Rehabilitation and the Orange County Department of Education.  The program was spearheaded by Sol Irving, Correctional Counselor III and Options Recovery Services’ Clinical Director, Tom Gorham. Mr. Gorham was also directly involved with the Solano OMCP as an academic consultant and arranged for most of the prominent presenters.

As many as 60-80 percent of the people in prison today are incarcerated due to alcohol or other drug-related legal problems. Addiction is one of the main reasons the recidivism rate is so high. Even those who begin their recovery behind bars are at high-risk for relapse upon release due to the stresses of new environments and other obstacles, such as; Post Incarceration Syndrome (A complex form of Post Traumatic Stress Disorder). The state of California is attempting to do something about the recidivism problem. California is the first state in the nation to train inmates as certified alcohol and drug counselors to provide mentoring and counseling to other inmates.

Mr. Gorham was brought in to help direct a group of 50 inmates at Solano State Prison in Vacaville, California, in a program to certify them as addiction counselors through the California Association of Alcoholism and Drug Abuse Counselors (CAADAC). California is believed to be the first state in the nation to launch an in-prison substance abuse counselor certification program. Many prominent leaders in the addiction treatment field were invited to participate as trainers in this ground-breaking endeavor that could possibly revolutionize the way rehabilitation takes place inside the prison walls. The top-notch trainers included Stephanie Brown, Terence Gorski, Al J. Mooney, MD, and Roland Williams.

Sol Irving, CDCR Correctional Counselor III was the onsite liaison with the trainers and participants as well as a driving force for this program.  “A lot of these guys have the feeling that they want to give back,” Irving said, “but they don’t know how to do it. This program gives them the chance to do that.” The class was housed in a separate unit that the group fondly named the “House of Solace.” The class developed a Creed using the letters of their creed name.

Opening ourselves to others
First in leadership

Sobriety is our goal
One cause, one creed
Living by our principles
Appreciating one another
Creating relationships
Expecting the best and working for it

In addition to the trainers’ input, Mr. Gorham instructed the group in the fine points of chemical dependency counseling, and he provided one-on-one help to prepare the men for full certification. In addition to Relapse Prevention, Cognitive Behavioral Therapy, Crisis Management Counseling, and Denial Management, one of the tools they learned is the Gorski-CENAPS® Developmental Model of Recovery. I appreciated being invited to share my experience and expertise in this field and to include a motivational and harm reduction approach with the goal being total abstinence.

The program participants attended class more than eight hours a day, six days a week, and they sometimes studied until midnight. By the time they completed the coursework and graduated, these inmates had participated in 570 hours of programming—315 hours in the classroom and 255 hours in experiential counseling practice.

I have been extremely impressed with the men’s enthusiasm and hunger for the education and training. I also found them to deviate significantly from the stereotypical “prisoner mentality.” These men worked together collaboratively on the experiential components of my training and had great responses, as well as insightful questions throughout the coursework.

Personally, I was awed by the dedication and hard work these 50 individuals exhibited during our many hours together. This was especially true during one important element of the Relapse Prevention Counseling training process. A key part of the training is taking clients through a 17-item High-Risk Situation List that highlights the common high-risk situations that have led other recovering people to relapse.

Unfortunately, the original list did not apply to a prison environment so the men took the initiative to develop their own high-risk situation list. The men worked in groups of 4-6 participants. They took the original high-risk situations and modified them for the prison environment. One group developed three new situations. They did an awesome job and developed a new tool that will be used in their practicum with other inmates. These men were true instruments of change! The newest Criminal Offender Series publication in the Gorski-CENAPS product line will be The High-Risk Situation List for Incarcerated Chemically Dependent Criminal Offenders.

Because the men serving life sentences will never be released, the training has provided them with new meaning for living as they help others who will be released into society. It has provided them with the education and tools to ensure a clean and sober new life, significantly reducing the recidivism rate. One of the biggest reasons for parole failure and re-offending is alcohol and other drug-related relapse. The hope here is the major impact this education and training can have as it spreads throughout the prison population.

The training experience has also brought purpose back into their lives with new goals to attain. Once they pass the CAADAC written exams they are able to start working with other inmates who have alcohol and other drug problems. Those being released from prison will now have valuable skills and will be well prepared to get work as addiction counselors. They will also have a head start in relating to other chemically dependent criminal offenders to help them break the cycle of addiction.

Prison officials have also brought Alcoholics Anonymous and Narcotics Anonymous meetings back into the prison where this group of men will be instrumental in helping make these meetings successful. I have also suggested the support of Al-Anon meetings to help keep them emotionally sober as they continue working with alcoholics and addicts.

We have had several groups visit the training classes including the Director of the California Prison Board of Parole Hearings and several members, as well as State  Substance Abuse Professional Regional Managers.  All of the visitors expressed enthusiasm for the new program.

On August 29, 2009 Solano Prison held a special graduation program. Many of the men’s family members were present at this very special event. It was a very proud moment for everyone. Over 78 percent passed the CAADAC written exam in June on their first attempt which is significantly above the 58 percent state average for people passing the exam. One participant has already received his credentials as a Certified Relapse Prevention Specialist and more than twenty others are in the process of earning their certification.

In the six months since the program was launched, John W. Haviland, Warden of California State Prison Solano, saw many positive changes for the inmate population. “Offenders saw how they could positively affect their sphere of influence, especially with those who are newly incarcerated. I am using that influence to reduce the levels of violence in my prison,” Haviland says. 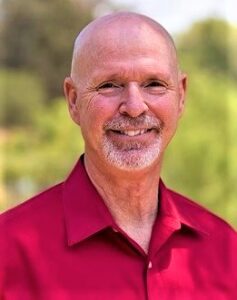 The Role of Eating Addiction in Chronic Pain Management

I recently received the published copy of my latest book “The Eating Addiction Relapse Prevention...

The Important Role of Psychotherapy to Obtain Effecive...

I’m on my way today to present at the California Association of Marriage and Family Therapist...