Many business people involved in some aspect of the recovery business world (e.g. IOPs, PHPs, Detox) are not aware of the punishing laws that apply to their marketing arrangements. Simply paying someone commission-based sales compensation without fully appreciating the applicable laws is dangerous and costly.

The big federal law involved in the issue, the Anti Kickback Statute (“AKS”) (42 CFR 1320a-7b(b)) basically forbids paying anyone for referring patients whose care is compensated in any way by any state or federal healthcare program (e.g. Medicare, Medicaid, CHAMPUS or TriCare). The law enforcement arm of that law, the Department of Health and Human Services Office of the Inspector General (OIG), has been clear that such commission-based sales arrangements implicate the AKS and has identified some core suspect indicators, including:

The AKS has both criminal and civil monetary consequences and is one of the government’s favorite tools. Recovery service providers are well advised to become familiar with not only the AKS, but also the law’s exceptions, so called “Safe Harbors,” which describe arrangements that don’t violate the AKS. The “personal services arrangement” Safe Harbor has particular application in the area of marketing, as does the AKS exception for “bona fide employment arrangements,” which apply to W-2 employees, but not independent contractor relationships. Though the AKS arguably applies to just about every arrangement, at least these are some good examples of what’s OK.

Many recovery service providers do not interact with federal or state healthcare programs of any kind. That’s great. For them, the AKS may not seem to be an issue, since the law only applies when services are reimbursable by a state or federal healthcare program. But states are equally unkind in enacting laws that essentially require providers to comply with the AKS even when no state or federal healthcare program dollars are involved. For instance, Florida’s Patient Brokering Act (“PBA”) mirrors the AKS in many ways and carries with it criminal consequences. Even more damaging is the fact that many insurers use the PBA to deny payment for claims.

Recovery service providers have to be careful about how federal and state laws apply to marketing arrangements. Though doing so is a little like playing Whack a Mole, it’s totally doable with the right guidance. 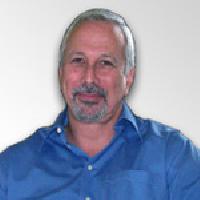 There is probably no part of the healthcare sector other than the drug and alcohol treatment...