Today at lunch there were four servicemen in their desert fatigues; I could not help but wonder what they were bringing home, or taking with them and loading on – to what?

Perhaps these were regulars who serve in these on-and-on-and-on irregular bloodings. If so, they likely represent only 1 percent of our population. Maybe they were even part-timers? Yet, their families… The troops are coming home, so many with PTSD, so many suicides, so many divorces, so much alcoholism and drug abuse. And, as we know from Vietnam, so much homelessness to come. A mental health counselor has reason to sit, and wonder and play with a fork.

Having death glare into a person ’s eyes, it willl take another 30 days before we can estimate whether it will be a post-traumatic event. Until then it is “only” definable as Actute Anxiety. If the intensity and immediacy recycles, it has become encoded on the very brain. Yet – can younger counselors believe it? – it was not until DSM-IV that we began to get a enlarged picture of this disorder.

What is only beginning to be recognized is that more women than men suffer from the haunting of violence than veterans. And, as a recent New York Times article added, children. We can count off the recent calamities that produce the flashbacks: 9/11, Hurricane Katrina, the tornado wiping out a midwest town.

What is far greater even than these are the stark black-and-white headlines we all see daily in the news – the wrecks, the shootings, the abuse. From a world perspective, is there a greater mental health issue from being exposed to all this “news”?

What we are seeing is as old as Cain and Able. In reality, it is Cain and Able, a description of our humanity, victim and victimizer. I write a blog,http://theapostlepaulandposttraumaticstress.blogspot.com/ , and this week we had multiple hits from the U.S., of course, but also as many from France, Russia, Sweden and the Ukraine. On this week, and any week, I may see single hits from places such as Egypt, South Africa, New Zealand, Singapore, China, Estonia, Moldova, Macedonia…about 35 countries now. So many wars, so many earthquakes, so many walls of sea water rushing in, carrying away all before it. We are so very vulnerable, we earthlings . You do not have to choose to be human, but recovery can begin with a sense of our humanity, a fresh grip on reality.

My wife, Annelie, and I know this well. We have sat on both sides of the counseling office – although I didn’t know it at the time. Annelie did. She was born on the night of the first air raid on Wiesbaden in WWII. Years later, she was in a city bus trapped in a traffic jam. It all flooded back, that night when everyone in the basement crawled panicked through a small upper window. She turned the bus experience first into a realization as to the causation of her sudden panic, and then broadened that insight. Added to her armament is the ability to create a beautiful, emotionally filled fantasy if she has to do something like a medical scan.

My experience was different, in a civilian setting, as most PTS events are – a syndrome more than a disorder. I was in the process of writing a third book on Obsessive Compulsive Disorder, starting the day with a Bible reading, in Acts that day. Suddenly I realized that Saul of Tarsus on his way to Damascus was having a flashback. It set me off on a hunt for symptoms, and I found them: at least that 30-day delay after an intense experience of death (or deaths, in his case, it turned out later), the psysiological effect, being overwhelmed by emotions, consequently rage, alienation and withdrawal. PTSD left tracks, only gradually diminishing as we can see in his letters written as a free man.

What I did not expect, as I pursued this research, was that one night I would be staring into the mouth of a rattlesnake. I had not seen him in the original experience as a Boy Scout, only heard him buzz near my face as I crawled out of a tunnel I was exploring. I had frozen – which saved my life – but I had been in denial for years – as are so many – of that emotional experience. I had to work with that flashback for a while, as you can imagine, but I came to accept it – and the snake, too. I was invading his home, he meant me no harm, rather was warning me, and glad to escape from me. He, too, was God’s creature, and I accepted that as well. The snake is still a tiny figurehead somewhere up above my left eye, but I am doing well now, thank you.

Out of all these experiences, and our own ministries in the Church and in private practice as mental health counselors, we have come to co-author a book, The Apostle Paul and Post-Traumatic Stress: From Woundedness to Wholeness. It is a book that could not be written even 15 years ago, even though intimations of PTSD behavior are as old as the tale of the Greek poet, Homer. We simply didn’t have the information available to us then.

It is the biographical study of one of the classic heroes of our Western World. He was not only a victim, but a perpetrator. To our satisfaction, as the recent studies of that aspect of the PTSD condition come out, what we have written stands up well. Only now are we beginning to realize how complex that condition is.

Persons experiencing PTSD need a broader view of their suffering. It is a time for recognizing our individual and collective humanity. The person suffering from PTSD is frozen in time as the flashback is experienced in all its immediacy; they are frozen in a flashpoint of time by the grip of that particular Anxiety Disorder. It is a time we need a role model  – such as can be found in a new understanding of Paul – and a pathway into a refreshingly personal identity, a new way of understanding our lives, a re-tooling of meaning and motivation.

We feel we bring both a male and female perspective to the study, as well as personal ones, that is much needed. Hopefully the book will be frequently used in discussion groups. 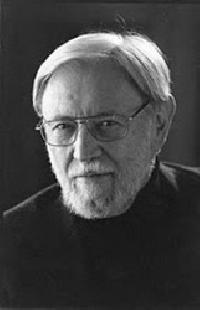