Wilhelm Reich was a student of Freud, who departed from psychoanalysis and proposed a different treatment approach called “Psychiatric Orgone Therapy.”

Many of Freud’s disciples departed in different ways from Freud. Most moved away from certain aspect of Freudian theories, while elaborating on other aspects. Jung, for example, elaborated on the theory of unconscious and extended it to the concept of universal unconscious. However, almost all of his disciples minimized the significance of his Libido Theory and gradually moved away from it to the extent that nowadays in psychoanalytic schools there is very little talk, if any, about Libido Theory. One can say that Freud’s Libido theory is almost abandoned. Reich, however, took a different approach. Reich considered Freud’s Libido theory the most basic theory, that other theories, such as topographic theory-the theory of conscious and unconscious-and structural theory-the theory of Id, Ego, and Super Ego-are based on it and are consequence and secondary to it.

Reich’s definition and distinction of health or sickness of the human organism is based on the proper movement of energy in his organism, the energy that Freud called “Libido Energy” and Reich named “Orgone Energy.”

In order to explain certain phenomena that he was observing in children and in his patients, Freud had to hypothesize an existence of a psycho-sexual energy that flows in the body and gets concentrated in certain areas. The concentrated areas of this energy, Libido Energy, were considered to be Erogenous zones, such as mouth, anus and genitals. The investment of this energy on different areas is in relation to the developmental stage of the child. In the newborn this energy is mostly concentrated around the oral area, later between the ages of one and two, the investment of Libido Energy is mostly in the anal area and the sphincters and around age 3, Libido energy moves into the genital area. Freud hypothesized that this energy energizes instincts. Emotions get its power from instincts. As Freud’s disciples gradually moved away from this theory and elaborated endlessly on other aspects of his theories, such as the theory of conscious and unconscious and the theory of Id, Ego, Super Ego, Freud himself also moved away from his own Libido theory.

Reich contended that Libido theory, the theory of psychosexual energy, is the basic and central theory and understanding of the functioning of human organism depends on this theory.

Reich called this energy “Orgone Energy” because of its Function in the body organs and its pertinence in the function of the orgasm. Reich realized that the proper metabolism of this energy, production and discharge of this energy, the proper economy of this psychosexual energy is an essential factor in human health. Any hindrance in the flow of this energy from center toward periphery, from head toward pelvis, disturbs the physical and emotional functioning of the organism and causes psychiatric as well as physical illnesses. Freud himself described stasis neurosis, the neurosis which manifests itself by palpitation, hyperventilation and anxiety, the result of abstinence; an unhealthy sexual life, which causes accumulation and stagnation of Libidinal energy.  Based on Reichian theory hindrance to the flow of this energy mostly is caused by physical and muscular contractions as well as by psychological means, which happens concomitantly.

Children control their emotions, their sexual and aggressive impulses or their sadness in different ways, including psychological repression and physical contractions. The children usually breathe shallowly; develop contractions of the throat muscles to hide their sadness or anger. They contract their abdominal muscles and they develop stomach and abdominal pains and aches. These somatic features gradually become chronic and do not go away by the patient’s will, even when the external factors that had caused these contractions disappear. These physical and muscular contractions, which after a while become permanent in the Reichian school of thought, are called “muscular and physical armor.” These physical contractions have psychological counter parts. They have a counter part in character armoring. The child, and later the grown up adult’s character structure is a reflection of their muscular and physical contractions and visa-versa. They are inseparable from each other; they are two sides of the same coin. Tense and serious attitudes, or over-friendly smiles, or indifferent and apathetic attitude and so on are all part of the person’s character, which has physical and muscular counterpart. Character armor and physical armor are functionally identical with each other and serve the same purpose. They both prevent expression of emotions from within and protect the person from without. Armoring of the human organism becomes the most important factor that distorts and impedes the flow of biological sexual and physical energy of the body, the organismic orgone energy or as Freud called it “Libidinal Energy.”

This distortion of the flow of energy then causes different pathologies and symptoms. It causes wide range of different physical illnesses, as well as psychiatric and psychological illnesses including compulsive disorders. Those who work in the field of psychiatry, and those who see patients in psychiatric hospitals or clinics are aware of the stubbornness of psychiatric symptoms. They know how psychiatric patients become a revolving door in hospitals and in clinics and how their symptoms persist in spite of conventional treatment and in occasions, they become loaded with different psychiatric medication so much that the side effects of the medications make them worse than the illness itself. This is also true for compulsive disorders. From the Reichian point of view the reason for this difficulty is the fact that psychiatry and psychology have failed to recognize the roots of the symptoms that partially is anchored in the body, the physical armoring.

In the treatment of patients by Psychiatric Orgone therapy, the goal is to restore the healthy and orderly flow of energy in the human organism. The most important factor in achieving this goal is the resolution of muscular and character armor. The psychiatric orgone therapists have to recognize the armoring of the patient and try to resolve it with different techniques that are available in this treatment approach. The character armoring as well as physical armoring responds to some extent to different psychotherapeutic measures. This is why patients show some improvement by psychotherapeutic approaches, however, the improvement in many cases is only partial and in some cases no improvement happens and the illness continues to progress and destroys the person’s life. In psychiatric orgone therapy, the recognition of the somatic and physical roots of the illness and the resolution of the physical armoring brings quicker and more profound and pronounced improvement, symptoms disappear quickly and fundamentally.

Unfortunately, Wilhelm Reich who is the founder of this treatment approach, and the body of knowledge that he left behind, which is called Orgonomy, has been largely unknown to psychiatric disciplines, residency training programs, psychology training programs, and social workers training programs. Nevertheless this body of knowledge offers a theory based on which many psychiatric and physical symptoms can be explained, which is inexplicable with present theories and it also offers techniques that is able to penetrate deeper and cure the illnesses which is not been attainable by other approaches. 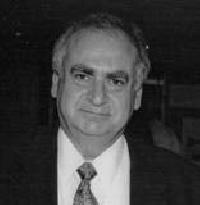