I recently received a flood of web inquiries and phone messages from folks seeking help. Here is a sample:

Please don\'t call now, I’m at my daughter\'s house who has norovirus and is trying to sleep. I will be going home later this afternoon. I promise. My youngest son, age 52, has had a substance abuse problem what feels like his whole life. Pain pills began with a horrible accident where a neighbor\'s son stuck a large hunting knife in his eye. He has had numerous surgeries. When he was younger, he’d get into my pills prescribed for depression. It took a couple of psychiatrists nearly two years to discover this. Our family has been so affected by all of this. My son denies having a problem, but did come around and tell one of my daughters about his dependence on pain pills. With all this, across many years, he now lives with me. My daughters and I don\'t know what to do. I know he must want the help. No one can force him. I believe he does - and the many things he does to cause problems are his ways of communicating that he’s looking for help and guidance.  Can you help?

Call now please, my son, Ted, has just gotten arrested for selling dope. His girlfriend - if you can call her that - just ran away from rehab. His father recently ran off with his new girlfriend and so we live alone on my farm. Ted lives in the shed and I’m in the house with my daughter who has multiple sclerosis. I’m the sole support for my two children. Ted is very bright - he finished college with a degree in agricultural. Then he had a motorcycle accident, which gave him a reason to pop pain pills and he hasn’t stopped. He has now been arrested three times and can’t hold down a job. His solace is in pain pills, women, lying, cheating, and stealing. Help!

What is the problem with my son? I lay awake in bed at night and play that question in my head. He won’t leave his room. All night long he is on his computer. I have no idea what he is doing. He says school work as he is a good student but the lack of sleep must be interfering with his studies. At school, he’s on the wrestling team though his high school coach keeps telling me he’s not showing up to practice and his friends wonder why he’s not there too. And his eating habits are bizarre. He constantly orders in food, making his room smell like discarded wrappers, stale food, and putrid smoke. His dad and I are frightened. He yells at me all the time. I give him all the money he needs and even bought him a medical marijuana card to go with the Adderall his doctor prescribed. I am desperate. Please call.

My mother is no longer my mother. She wrings her hands and cries a lot. She is disoriented. She is living on the streets. Once a successful physician, she gambled away her savings at local casinos. The sound of the slot machines was mesmerizing to her.  She divorced my father early on - a thought unheard of in our Indian culture - and despite my protests my family will not help. My mother’s travels from India to America was hard for her as a young girl; she had been raped in her village. Earning a medical degree was her highest honor. Despite these cultural differences, I have been to rehab and understand. My family is closed; they think they can do it all themselves. Call me.

I don’t know what to do with my daughter - she makes no sense.  We gave her a good home, we’re a nice family. Then it was at the end of high school and she just lost it. She became a compulsive stealer of high end purses (Prada’s, Fendis, Chloe’s, etc). She knocks off jewelry and designer fashion stores.  It’s her form of self-harm. It reached a tipping point last summer when she was arrested for grand theft. They say she is “psychotic” and “borderline”. I noticed problems when she was younger - she would eat and throw up, eat and throw up - but it wasn’t anything outside the norm of teenage girl behavior. What can we do?

These families have  complex multidimensional problems Which got me ruminating ...

In February 2015, I authored an article for The Huffington Post titled, Triple Threat: Beyond Mental Health and Substance Abuse Issues. In it I argued that the ‘triple threat’ is a confluence of issues saying, “it’s simple, but complex: If the threat is triple, our intervening responses have to be as rich and robust as the trauma and neurochemical glitches driving the distress. The era of the Triple Threat is here, presenting with increasingly vocal symptoms that can no longer be sorted through a traditional Dual Diagnosis treatment. While three may be a crowd, we are at peril if we ignore the needs of this cacophonous threesome with its unique pains and pathologies.”

Two years ago, I thought I had hit the nail on the head. I was at once looking beyond dual diagnosis and seeing a triad of issues in full bloom. Today, after much thought and wise deliberation, as I continue to disrobe the complicated lives I work with and who grace our treatment centers, I realize I made a mistake. What we are seeing is an avalanche of problems that goes beyond substance abuse and mental health disorders. We are experiencing individuals and families with quadruple, quintuple or even sextuple issues. I ask the behavioral health community to rethink our language as it affects how we address these pressing issues. I ask to view our clients with a wider lens - to set an ecosystem in place that is responsive to the plethora of problems we see. We must also be truthful in what we can and cannot do. To do so, I have created an infographic as a visual reminder of how multidimensional our clients truly are and how they deserve a myriad of clinical and life skill approaches to help them.

You can read the original article Triple Threat: Beyond Mental Health and Substance Abuse Issues by clicking the link here.

Louise publishes in the Huffington Post, Journal of Alcohol Studies, The Sober World, Recovery View,  Recovery Campus , Counselor, DB Resources ,Addiction Blog and other media. The San Diego Business Journal listed her as one of the “Top 10 Women Who Mean Business” and is considered by Quit Alcohol as one of the Top 10 Interventionists in the country.  She speaks all over the country and trains staff at Paradigm Malibu, New Found Life , Lifeskills etc. and develops original  Family programs such as the one at Driftwood Recovery in Austin Texas. She is the recipient of the 2014 Foundations Fan Favorite Speaker Award  and the  2016 Joseph L. Galletta Spirit of Recovery Award. She is pleased to be a speaker at Foundation Recovery Network Programs. Louise is honored to be part of Vendome Summits for clinical Excellence this year doing keynotes across the United States .Her book Falling Up: A Memoir of Renewal is available on Amazon and Learn to Thrive: An Intervention Handbook on her website at www.allaboutinterventions.com. 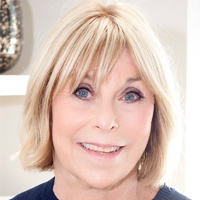 It Takes a Village: Intervention in Community

In our overly saturated media-centered culture, interventions sometimes appear as not so much...

Triple Threat: Beyond Substance Abuse and Other Mental...

Until the Eighties, it used to be that clients coming in for treatment were typically corralled...

Don’t Let the Holidays Turn You Into a Fruitcake

It’s hard to believe that the holidays are just around the corner, and the stores are filling up...