Secondhand Drinking: It’s Real. It Hurts. And It Changes Lives

We generally do not think much about what happens to people whose paths cross with those of a person who misuses alcohol[1] beyond the obvious, such as an auto accident caused by a drunk driver. It is unlikely most of us have ever encountered the term, Secondhand Drinking (SHD), although, now, reading it, we may draw a comparison to that of Secondhand Smoke.

Secondhand Drinking (SHD) is a term to describe the impacts on a person who is on the receiving end of a person’s drinking behaviors. When secondhand drinking is chronic, it can change a person’s brain, which in turn can change the very quality of their life.

Drinking Behaviors are the behaviors a person engages in as a result of excessive alcohol changing brain function. These behaviors include:

Yet, secondhand drinking can forever alter these people’s lives. This is especially true if they are the family member or close friend who, over the course of their ongoing exposure to SHD, become victims, suffering their own consequential physical and emotional impairments.

Causes and Consequences of Secondhand Drinking

These impairments are due to the brain changes caused by the chronic activation of the fight-or-flight stress response system, a system that engages when confronted with stress, danger, fear, anxiety. As a result of these brain and physical changes, family members and close friends repeatedly exposed to SHD often suffer anxiety, depression, stomach ailments, skin problems, obesity, sleep difficulties, migraines, and a whole host of other conditions. They experience quality-of-life changes that are beyond a “healthy” person’s comprehension. Not only this, but the consequential physical and emotional impairments a person repeatedly exposed to SHD experiences changes them in ways that extends SHD impacts to those within their sphere of influence. This can include their co-workers, fellow students and relatives of family members. As will become apparent, SHD’s influence can touch most of us in one form or another.

These innocent sufferers have no idea that secondhand drinking is the cause of their symptoms, relationship problems, or work/school performance issues. Rather, they blame some other issue or just assume it’s “them” or accept the diagnosis, “migraines with no known cause” or “migraines due to stress,” for example (the latter, of course, being true but often the stress source is identified as the job, the kids, or the troubles at home). They don’t think to associate it with another person’s drinking behaviors because they’ve never had an awareness of the concept of secondhand drinking.

Secondhand drinking is what happens to the husband whose wife repeatedly promises to stop or cut down but every night can’t keep her promise. When he confronts her, she starts her offensive attacks on something he has or has not done as the reason for her drinking, causing him to go on the defensive and engage in the crazy, convoluted arguments that ensue. He rehashes these arguments over and over in his mind the next day while at work, unable to complete the task at hand, which holds up the next stage of the project on which his team is working.

Secondhand drinking is what happens to the boss whose life and the life of his daughter and the lives of every member of his immediate and extended family are shattered when his daughter is paralyzed in a head-on collision caused by a drunk driver. As you can see, SHD can be a one-time event, but its ripple effects will last a lifetime causing physical and emotional outcomes unfathomable to most.

It is what happens to the wife and children of the veteran who turns to alcohol after his tour of duty ends – alcohol to relieve his untreated PTSD,[2] fears he’ll never find a job, and confused feelings about returning to civilian life. His abuse of alcohol, untreated PTSD, and the combination thereof changes his behaviors drastically. This throws his family into a tailspin as they all jockey for what to do to make him want to stop or get help. It’s what happens to that veteran’s son at school after a particularly rough night of parental arguing about the drinking, when he can’t concentrate in class and is embarrassed by his schoolmate’s snicker when he fails to answer the teacher’s question. He’s fuming by recess and tracks his classmate down, punching him in the face. For that he’s sent to the office, only to have his parents called because he’s a behavioral problem — again.

Secondhand drinking is real. It hurts. And it changes lives. The heartening news is that understanding its causes is helping people (especially family members and children) learn what it takes to protect their emotional and physical health, including protecting their brains from the consequences of secondhand drinking.

How? Through understanding and applying 21st Century brain research as it relates to:

How Widespread Is Secondhand Drinking and What Does Prevention Look Like?

It is estimated that more than one-half of American adults have a loved one who drinks too much and one in four children will live with alcohol abuse or alcoholism before the age of 18. These are the estimated numbers of Americans whose lives are typically impacted by SHD. Through many of these people, the SHD ripple effect carries into the workplace, the classroom, places of worship – the very fabrics of our society.

Looking at the numbers of individuals with the potential to cause SHD, we take NIAAA’s estimate of about 18 million Americans having an alcohol use disorder, classified as either alcohol dependence — perhaps better known as alcoholism — or alcohol abuse (not to be confused with alcoholism).[3]

When we include NIDA’s $235-billion3 cost estimates per year of the negative consequences of alcohol misuse for individuals and for society, including productivity and health- and crime-related costs, as well as the staggering breadth of the associated public health and safety implications of alcohol misuse, “such as family disintegration, loss of employment, failure in school, domestic violence, and child abuse,” [NIDA[4]], we can better appreciate that every one of us is likely touched in some way by secondhand drinking.

When we realize the impacts on the brain (and thus the emotional and physical health) of individuals raised with chronic alcohol misuse and secondhand drinking, we see where the cycle sets up. This helps us better understand what effective prevention can look like, e.g., elementary school curriculum that reaches parents, as well. For more on prevention, check out Secondhand Drinking Prevention.

SHD prevention is not about prohibition. It is about raising awareness and thereby helping individuals self-electing to stop drinking patterns that cause drinking behaviors and protecting themselves from those behaviors.

[2] Untreated PTSD and other mental illnesses often “cause” a person to drink. The alcohol helps them self-medicate the symptoms of the mental illness because it works on the brain’s dopamine pleasure/reward pathways. 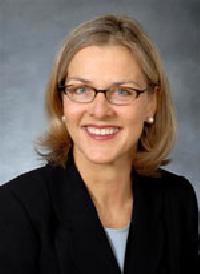