Sober living facilities, also known as recovery residences or drug and alcohol-free housing, have been largely unregulated for years. There are many laws, regulations, rules, and guidelines that govern substance use disorder treatment programs, including mandatory licensure and oversight at the state level. But, to the extent sober living facilities have been subject to governmental oversight. They have largely been done on a local level. Some municipalities have attempted to limit the proliferation of sober living homes and regulate how sober living facilities operate through zoning laws, mandatory safety standards, and other local measures. States themselves have been slow to regulate this growing industry.

According to many critics, the lack of regulations has resulted in widespread problems with sober living facilities. Open up any newspaper and you may find articles about neighbor and community complaints, allegations about fraud and abuse, and even stories of patient deaths. Following significant bad press and community outrage, there has been a movement by local governments to try to bring oversight to these facilities.

Federal law has been a significant hurdle to regulate the sober living industry. The facilities do not offer medical or clinical treatment services; instead, they are merely groups of individuals, with legally recognized disabilities, living together as a unit. As a result, their circumstances result in federal legal protections, including provisions under the Americans with Disabilities Act (ADA) and Fair Housing Act (FHA), which had been interpreted by courts to allow residents to live as a family without undue intervention from federal, state, or local governments. Many municipalities have tried to impose zoning and safety-related regulations that would tend to limit the ability of sober living facilities to operate in their residential neighborhoods, and courts have been asked to determine whether the regulations pose undue burdens and violate these federal laws on a case-by-case basis.

The role that the state itself takes in providing the licensure or certification varies. In some states, the same department that licenses treatment centers also oversees sober living facilities. In other states, the oversight and certification process are outsourced to a third-party, like affiliates of the National Association of Recovery Residences (“NARR”) or other agencies. In these states, the legislature and regulations provide guidance about the requirements for operation, but the third-party is responsible for creating more detailed rules and guidelines for facilities.

With so-called “voluntary” licensure and certification mandates, there is no formal requirement that sober living facilities must receive state approval to operate. Instead, these laws cleverly said that such licensure is only required if the sober living facility wants to obtain patient referrals from government-run, government-funded, and/or government-licensed facilities or if they want to participate in government-sponsored funding programs. Therefore, on paper, sober living operators have the choice to decline licensure, thus avoiding many FHA and ADA-related challenges to the laws. But, in effect, depending on the state regulation scheme, for the sober living house to successfully function, it may, for example, have to receive patients referred from licensed addiction treatment centers, thereby requiring the facility to pursue the “optional” licensure or certification.

Voluntary certification or licensure programs are currently in effect. Several states like Florida, Maryland, Massachusetts, Missouri, and Rhode Island, are under development in Pennsylvania, and may be proposed elsewhere. The degree of voluntariness depends on the state program. Some states, like Florida, limit all referrals from licensed substance use disorder treatment agencies, which has a strong effect of making licensure a requirement of doing business. Other states, like Maryland, Massachusetts, Missouri, Pennsylvania, and Rhode Island, only limit referrals from state agencies or state funding to licensed/certified facilities, which makes licensure or certification more voluntary. Meanwhile, in Illinois, there are both licensed recovery homes and unlicensed sober living facilities, which are both permitted to operate in the state.

Licensure is technically required in a few states, including New Jersey and Utah. However, recognizes limited exceptions for self-run sober living houses that follow the “Oxford House” model. In addition, Arizona, which allowed localities to create their own ordinance standards for structure sober living facilities, has just passed a new law that requires statewide sober home licensure. Pursuant to these types of mandatory licensing laws, operating a sober living facility without a license may result in serious penalties and even criminal charges.

It remains to be seen whether these licensure and certification requirements will survive the inevitable federal legal challenges from operators and other stakeholders. While there have been many lawsuits over local municipalities’ attempts to regulate or otherwise limit sober living facilities, there are few reported cases where plaintiffs have challenged the statewide licensure or certification regulations. In Utah, when a court expressed doubts over whether the former licensure requirements could pass scrutiny under the FHA and ADA, the state voluntarily amended the requirements to make them less burdensome; but in Utah, there are still mandatory requirements in place, albeit less excessive for operators.

Given the proliferation of these new state licensure schemes, there should be more judicial decisions on the mandatory and voluntary licensure and certification programs being enacted by states, as operators face difficulties complying with the new laws and regulations. But, right now, it is unclear how courts will respond if sober living operators attempt to challenge the licensure or certification requirements as a violation of federal and state discrimination laws through expensive litigation.

Until there is more clarity from the courts about the validity of the new regulations, operators are urged to follow the laws on the book and seek professional advice and counsel in making decisions about how to proceed in light of current requirements. In states without licensure or certification programs already in place, obtaining optional certification and accreditation from private organizations like NARR affiliates may prepare facilities to meet the formal requirements that may be coming their way. 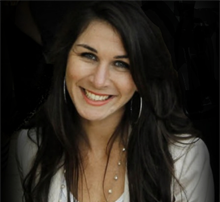