Social Media and the Breakdown Of Relationships

Twitter, Facebook, MySpace, LinkedIn and multiple other sites all provide options to stay connected, stay informed and meet others with similar likes and interests. However, there is also a darker side to social media that is becoming more and more recognized in its role in the breakdown of relationships, particularly marriages.

In a recent article in the UK newspaper The Guardian, it was reported that attorneys in both the UK and the USA report an increasing number of divorces in which social media was indicated as a major cause in the breakdown of the relationship. In fact, one in five attorneys surveyed reported it was a growing issue with their clients. In the UK, as many as 33% of divorces filed indicate that inappropriate Internet use through social media sites was a cause of the breakdown of the relationship.

People can become addicted to communication online, which is not all that different from addiction to other types of “normal” behaviors. Research shows that the pleasure that is obtained by these online communications can actually trigger neurological changes in the brain, particularly in the need for the “feel-good” chemicals. The ability to talk anonymously to others online poses a problem, but so does the ability to create an online persona that may be very different than reality. This addiction to a fantasy world or alternate reality may be a result of unhappiness, chronic negativity, lack of self-esteem or the inability to have a real-world relationship.

Talking online allows that person to feel desired, sexy and connected, which, in turn, releases those “feel-good” chemicals in the brain, serotonin and endorphins, among them. The more that online interactions occur, the more the brain wants that reward again, causing the cycle to continue and resulting in withdrawal from the real world and reliance on the virtual world found online. 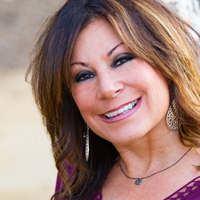