Sugar Addiction: Sweet Misery for All

In the world of addictions, most of us are well-versed in the usual suspects: alcohol, marijuana, cocaine, heroin, prescription medications. We recognize the signs and symptoms, can create a comprehensive treatment plan and support a client in the detox process, and even in the case of relapse. Yet sugar addiction still flies largely under the radar, either dismissed as invalid or just not given much consideration at all. But the truth is, sugar addiction is just as powerful as heroin or crack cocaine addiction (is it coincidence that they all bear a striking resemblance in appearance?).

Sugar consumption and addiction fits the classic DSM criteria for substance dependence, including increased physical tolerance; substance taken in larger amounts than intended (whom among us hasn’t eaten an entire bag of cookies or chips?); persistent desire or repeated unsuccessful attempt to quit; use continues despite knowledge of adverse consequences; adverse effects on work, relationships and social functioning; and physical withdrawal symptoms (such as headache, fatigue, irritability and poor concentration).

However, the physiological, mental and emotional effects of sugar addiction on a person frequently mimic other disorders, further muddying the waters in terms of accurately identifying the real culprit. Common symptoms from a sugar high or crash look very much like classic anxiety and depression, and a host of other disorders, including:

How many DSM-IV-TR diagnoses could we make out of this list? ADHD? Depression? Anxiety? PTSD? Alcohol intoxication? Psychosis due to Substance Abuse? Yes, yes and yes. This sugar-fueled wild goose chase can lead many-a clinician down a dead-end path. We think we’ve rooted out the problem when a client quits cocaine, only to experience ongoing symptoms as they pound their Red Bull and donut-shop fare.

It’s time to broaden the lens and look at the whole picture of health and illness. A few facts to start: Sugar consumption in America has skyrocketed to disturbingly unhealthy amounts. “We ate 25 pounds of sugar a year in 1900. We now eat over 125 pounds a year, five times more sugar a year than we did then. We also eat lots more starchy white flour products (white bread, bagels, pasta), which act almost exactly like sugar in the body” (The Mood Cure, Julia Ross, 2002).

The insidiousness about this addiction is that sugar is literally hidden everywhere, making a simple trip to the supermarket a veritable minefield of stealthy toxins, waiting to wreak havoc on our wellbeing. Jarred marinara sauce, salad dressings and even whole wheat crackers harbor sugar in their ingredient list, going by such aliases as sucrose, glucose (any –ose, actually), evaporated cane juice, corn syrup, turbinado and malt.

Yes, I’m being a bit overly dramatic in my verbiage, mostly to make a point about the far-reaching effects of sugar on our bodies and minds. And for good reason. Here’s a brief tutorial on what happens when we consume sugar in any form.

Any sort of sugar or carbohydrate (simply, a substance that breaks down into glucose) triggers your pancreas to release insulin to “remove the excess carbohydrate from your bloodstream and store them as fat. The insulin sweeps away most of the amino acids out of your bloodstream, along with the carb. Only one amino gets left behind – tryptophan – and it goes right to your brain, unimpeded by the other aminos that usually get crowded out” (The Mood Cure, Julia Ross, 2002).

This pleasure-producing amino acid is highly addictive, so naturally we want more. This begins a nasty cycle of consuming too many calories and too few nutrients, for which the body must pull from its reserves to assimilate the glucose into the blood and cells. This depletion leaves you feeling…depleted – low energy, low mood, poor motivation – and needing a quick fix.  You can see how the language of addiction is the same here as it is for alcohol and drugs.

Dr. Mark Hyman, a pioneer in the field of Functional Medicine details the mechanics of a sugar addiction in the making:

“Eventually we become resistant to all this insulin in our blood, just as we would become resistant to a drug. The body needs more and more of it to do the same job it once did with far less. So our insulin production system spirals out of control, pumping ever more into our bodies.

All this insulin tells us we are starving (that’s literally the message our bodies get), so we crave foods with high-sugar content – the very same foods that caused the problem in the first place.” (The UltraMind Solution, Dr. Mark Hyman, 2009)

But the bad news does not end with endless cravings (as if that weren’t bad enough). The list of physical problems that result are long and, quite frankly, depressing: “Excess sugar (especially the devilish white stuff) robs your body of minerals, lowers your precious pH, rots your teeth, wigs out your pancreas, feeds candida, fires up inflammation, osteoporosis, diabetes, and cancer, stresses your nervous system and adrenals, and screws with normal hormone function. It also makes you feel crappy after the initial jolt subsides. Sugar taxes your immune system and is highly addictive” (Crazy, Sexy Diet, Kris Carr, 2011).

Some of the precious vitamins sugar robs from your body are the good-mood-essential B vitamins. Absent these critical nutrients, we are more susceptible to depression and anxiety, as well as PTSD and obsessive-compulsive behaviors (The Food-Mood Solution, Jack Challem, 2007).

So what do perennial sweet favorites contain that makes them so irresistible? Let’s start with chocolate:

“Chocolate contains not only plenty of sugar, but at least five drug-like substances: theobromine, caffeine, salsolinol, PEA, magnesium, and amandamide (a marijuana-like brain chemical). All are either stimulating or opiate-like. This extraordinary collection of psychoactive ingredients explains a great deal about chocolate’s super-addicting allure.

Sugar, especially combined with chocolate, forces a rise in endorphin levels. It is the ultimate ‘pleasure’ drug food, but many people can attest to the addictive pleasure of bread and cheese as well” (The Mood Cure, Julia Ross, 2002).

As if cancer wasn’t enough to worry about, the issue that will stop most people in their tracks is right under their noses. Literally. I’m talking about good old-fashioned fat. Insulin is a fat-storage hormone, so it not only tells you to eat more empty calories than you need, but it then holds on to them in the form of fat – and won’t let go. So it is literally insulin that is making you fat and keeping you fat.

But wait! There’s more! “It makes your blood sticky and more likely to clot, leading to heart attacks and stroke” (The UltraMind Solution, Dr. Mark Hyman, 2009). It increases inflammation (the source of all pain and disease) and oxidation in our bodies, which increases your odds for Alzheimer’s. It also disrupts healthy sex hormone functioning, which contributes to infertility and unwanted hair growth.

The inflammation of the brain’s cells and neurons contributes to dementia and even autism. Additionally, sugar feeds the “bad bugs” in our gut: parasites, yeast and toxin-producing bacteria. Symptoms from these bugs can mimic many mood disorders, as well as physical symptoms seemingly unrelated to the stomach (The UltraMind Solution, Dr. Mark Hyman, 2009).

Dr. Hyman relates a story about a six-year-old girl who came to him with OCD, aggressiveness and suicidal ideation:

“She loved sugar and refined pastries and carbs… The bacteria and yeast [in the stomach] literally ferment the sugary, starchy foods in the diet, producing ‘auto-intoxication’ with alcohol – a by product of this process. Violent, aggressive behavior so commonly seen in drunks can occur from alcohol produced by yeasts in the gut. I wonder if this little girl had a little auto-brewery in her belly…

The cure was a gluten- and dairy-free whole foods, organic diet; some cod liver oil; magnesium; methylation helpers like B6, B12, and folate; a multivitamin; and some probiotics…[and] antibiotic to clear out the bad bugs in her gut, followed by an antifungal. [S]he transformed into a well-behaved little girl. Her aggressiveness, negativity, and hopelessness were gone” (The UltraMind Solution, Dr. Mark Hyman, 2009).

And this is just one of hundreds of thousands of anecdotes from integrative doctors and clinicians who looked a little deeper to find what was causing the symptoms that are typically treated “topically” – as Dr. Hyman describes it: “Name It, Blame It, Tame It” – treated them at the root level and saw complete amelioration of symptoms.

Fortunately, treatment for sugar addiction is fairly straight-forward: go cold turkey on sugar, and flood your body with oxygen-producing, nutrient-dense and -rich foods, such as dark, leafy greens, veggies of all sorts, low-glycemic fruits and grains, as well as proteins, such as eggs, fish, turkey and chicken, nuts and beans and a lot of water. Certain nutritional supplements can also help restore depleted vitamin and mineral deficiencies, and are typically recommended. If all symptoms do not clear after a couple of weeks consistently following this plan, clients may need to be test for adrenal fatigue and thyroid issues, both of which can be taxed when insulin works too hard for too long.

But while the treatment is not complex, the ability to successfully complete it can be very challenging. This makes finding a holistically-trained doctor or health counselor to assist in the process especially important. And the rewards for breaking sugar addiction are well worth the effort: increased energy, reduced cravings, effortless weight loss, increased mental clarity and elimination of many physical, mental and emotional side effects. Sweet. 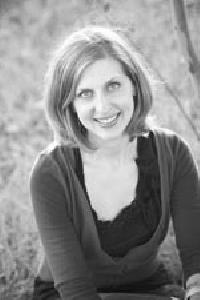 Thy Food Shall Be Thy Medicine

Anyone who has worked with people with addictions and particularly challenging mental health...

In both physical and mental health, we know we can control a good deal. We can choose which foods...

The Real, Real Meaning of Christmas

This certainly isn’t the first article to be written during the Christmas season, whereby the...