“You got no chance, but use it” ~ movie title by Werner Herzog

about the type of substance used,

be it powder, pill, or liquid.

It doesn’t matter how it’s done.

The ism is about being a stranger to planet earth,

ill-equipped to care for the body given,

ignorant to what anything means

and disconnected from everyone.

In spite of intelligence,

as well as talents, potential, assets, and gifts,

eventually freedom of choice is lost.

Distorted perceptions keep him stuck and

he turns into an old child.

While experiences are not processed consciously

there is no progress to be had –

no maturation and no empowerment.

At the mercy of legal restrictions,

translucent to authorities and institutions,

he regresses to parental control

or the exploitation of a string of strangers.

Addiction is a complex syndrome – to be understood

beyond the lack of age-appropriate behaviors –

on a plane above the physical.

He suffers from a chronic condition,

He resists it, though, because

he is sick and tired of such suffering.

It’s an embarrassment and an abomination –

and he is routinely indignant and outraged and so…

he needs some good dope to get him through the night

and forget about the shame and guilt,

and the price he is paying.

denial is indispensable and self-medication is a must.

A healthy young man, he has reduced

his mental world to the choice between prison and rehab,

preferring rehab for its amenities (and pool).

He has internalized the bars in his head,

locking out the rest of the world.

who had been chained to a pole

and has given up trying to get rid of the shackle.

and it’s also a feature of the ism.

He started out irritable, restless, and discontent…

but take away his dope … and he crumbles –

and this is why he keeps relapsing “for no apparent reason” –

left to his own devices he finds life intolerable,

he doesn’t really want to have to be there sober.

He cannot stand it without some chemical buffer …

and consequently his obstacles seemingly grow into

If he could…understand the nature of the beast

so as not to underestimate it – he might come better equipped.

by waving a plastic dinner fork…

He lives in the realm of the hungry ghosts –

perennial insatiable hunger for something outside of self.

Feeling disconnected, he remains locked within his inner hell.

He denies the existence of a Higher Power

as though the world beyond his head had ceased to exist.

And so he goes back to what he knows…

to fill the inner emptiness with that which MUST cause pain.

Whatever he tries… it’s never enough.

With all his energy tied to a losing battle…

the pursuit of hedonism is futile,

the door to healing remains locked.

A shipwreck survivor, she is offered a lifesaver.

She looks at it briefly, holds on momentarily,

then says, I don’t really like the color of it,

I don’t like how you’re throwing it at me,

and I’m not so sure that you really “get me”.

She lets go and is caught by sober-living staff

making out in the bushes behind the AA meeting

with a random acquaintance.

She is a 34-year-old mother of two, having lost custody due to the ism.

Her mother never protected her from sexual molestation by the father.

The mother visits her at rehab, blames her for being stupid and dysfunctional,

while her heart breaks.

her shameless oddities and fierce suffering create chaos and drama.

Between sleepless nights and temper tantrums

there is no time to seize the day for any good endeavors.

The chance for a stable and happy life

gets misplaced and she goes down.

The ism of alcoholism is about

the need for distraction from the status quo…

departure from reality, oblivion at any price.

For the bystander, her behavior makes no sense –

It is counter-intuitive and incomprehensible.

For her it’s not negotiable – she lives in a whirlwind –

She expresses her intensity –

she turns you on and breaks your heart.

Then she distorts and misunderstands, defends and protects –

she will tell you all about being victimized (it’s true).

She hurts and disrespects you and then she drops you.

Newly clean, he falls for a newly sober woman,

relapses and continues to drink, saying,

His woman tries to get her life together.

He interferes, coming home from the bar on Sunday morning,

Without instant soothing from her,

suffering from her indifference,

he settles for negative attention by irritating her

with unreasonable statements and demands.

The sober woman…why is she in it?

The addict is meant to stop running from life –

befriend reality and find some willingness to endure the truth –

this can be accomplished through rising above, so to speak –

to a higher plane –

a psychic change via a spiritual awakening,

where he is to understand that

it’s all about connecting with life and love,

that he is to make himself useful – bring forth love and joy.

That’s his ticket to freedom –

only then will he come to see his life as worthwhile.

“I am here to do nothing, but help you” ~ quote, Josh Lazy 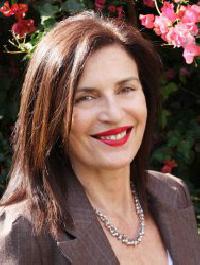