The Legacy of Betty Ford

By making her struggle with alcoholism public, Betty Ford transformed the image of a drug-abusing alcoholic. In doing so, she became a strong, memorable voice in removing the stigma associated with alcoholism and other drug addiction and the hope of treatment, especially for women.

When she announced in 1978 that she was seeking treatment for alcoholism and addiction to pain medication at Long Beach Naval Hospital, she made it acceptable for people from all walks of life to seek help for their own addiction. Her treatment was followed by what one addictions specialist calls “a new temperance movement” and a message to all that this disease can affect anyone. In 1980, Mothers Against Drug Driving (MADD) was founded. Warning labels began to appear on beer, wine and liquor bottles, and alcohol and drug-prevention programs became part of the curriculum in secondary and some elementary schools.

Mrs. Ford and her close friend in recovery, Leonard Firestone, co-founded the non-profit Betty Ford Center in 1982. A year before the doors opened, they helped pass landmark legislation in California that created a licensure for a Chemical Dependency Recovery Hospital; the Betty Ford Center was the pilot hospital under the new law.

As a determined fundraiser for the Center, Mrs. Ford joked that people didn’t want to sit next to her at events because she would inevitably produce a pledge card and a pen.

As the Center became a reality, Mrs. Ford expressed to her Board that she wanted to create and maintain a program that was especially welcoming for women — a place of safety and healing. Approximately 50 percent of the patients who have begun their journey at Betty Ford Center are women, which has been extremely gratifying to Mrs. Ford.

It is the Center’s belief that a woman’s experience with addiction is different than a man’s experience. Women break down alcohol less efficiently than men do. Problems such as liver damage occur more quickly and with less alcohol than with men. Women reach higher blood alcohol concentrations than men who drink the same amount because women have less body water.

Our culture reinforces the shame and guilt associated with being a female alcoholic/addict, the devastating physical effects of this illness on women, the often negative impact women’s economic circumstances have on their access to treatment, and the psychological problems — especially trauma — that add layers of complexity to the treatment of this illness in women.

Mrs. Ford’s openness about alcoholism came after making another personal health issue public. This announcement also resulted in a new level of awareness for women.

In September 1974 — in solidarity with President Ford’s vow that his Administration would usher in a new post-Watergate era of White House honesty — Mrs. Ford disclosed that she had a mastectomy for breast cancer. As the details of her illness and surgery were circulated, there were reports of tens of thousands of American women lining up for mammograms around the country. Her direct use of the very words “breast” and “cancer” was something that had rarely been done in the past. No accurate numbers can be documented, but it is safe to assume that her decision to openly discuss her health issue saved the lives of untold individuals. A once-secret shame now had a very public face.

Several months after her memorable 60 Minutes interview in August 1975, a Harris Poll revealed that Mrs. Ford had become one of history’s most popular First Ladies and a major asset to her husband in the 1976 Presidential campaign. In fact, one of his campaign slogans was “Vote for Betty’s Husband.”

As a leader in the Women’s Movement, she gained fame as one of the most candid first ladies in history, commenting on every hot-button issue of the time, including feminism, equal pay, ERA, sex, drugs, abortion and gun control. Her active political role prompted TIME magazine to call her the country’s “Fighting First Lady” and name her a Woman of the Year.

In 1977, she was the first recipient of the National Women’s Party’s Alice Paul Award (named after the legendary suffragist). Her words and actions were critically important in the passage of the Equal Rights Amendment.

The 1978 intervention that took Mrs. Ford into treatment spawned a recovery movement that she never could have imagined. As word spread about her treatment, the media began to portray addiction as a disease with no discernible demographic; it became a great equalizer. In the past few decades, addiction to alcohol and drugs has become a national conversation.

An alumna of the Center sums up the heart and soul of the Betty Ford Center in a few simple words as she says of her treatment, “It was a time of peace and reconnection with the world. It was life-changing for me. Mrs. Ford made it OK to ask for help. 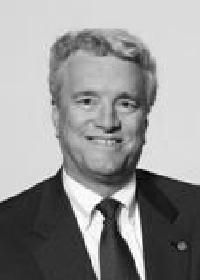