The Power of a Message

The intention in writing this article is not to bash parents or caregivers but rather to illustrate, through personal experience, the impact childhood messages have on the roles we play in adulthood. It’s fair to state that our caregivers created the first perceptions we had on the way we view the world and the way we believed the world viewed us. I had a conversation with my eight-year-old son where he explains this better than I.

We were watching a baseball game and he asked me why the kids at the game rooted so hard for their favorite baseball player. I said those players are their heroes. There was a silence and hesitation and after a few seconds he replied, they may be my heroes someday, dad, but you will always be my first hero. Wow, this was touching to hear but he also drove home the power caregivers have in influencing their children’s perceptions. We are our children’s first heroes, as our caregivers were our first heroes, whether or not we want this responsibility.

Our childhood messages, verbal and non-verbal, are ingrained deep within. We can try to repress them, deny them, manipulate the truth about them, even medicate them, but eventually the bill will be paid in adulthood. These messages can affect our lives in several ways: The intimacy we have or don’t have; our ability to cope with life’s struggles; the financial decisions we make; even our parenting skills are affected by the messages received in childhood. If these messages are not exposed, an inner critic develops in our thinking. This inner voice will torment us until the truth of these messages are brought to the light. Only then can we free ourselves from the power these childhood messages have in influencing our behavior. Do you want to play the roles you were set up to play by these messages or be the person you always wanted to be? Let’s discuss the ways these roles come to fruition and which roles we fit into.

Some of us play the caretaker role. Set up in childhood, where the message given to the child is that their caregivers needs come first if they wanted to be accepted or loved. In adulthood this person takes on more responsibility than they should. Somehow everything becomes their responsibility as an adult. This can be a very tiring role.

Others take on the victim role where they take no responsibility for their actions – a very common role for the addict where they believe the world needs to pay the bill for what happened to them in childhood. Many times this person is a legitimate victim as a child, but the victim mentality created from this somehow gives them the permission to act in harmful ways, regardless of the pain it causes themselves and others. Addicts develop a selfish nature early in life because they have a message that tells them if they don’t take care of their needs, no one else will. Selfishness and survival go hand in hand. The problem is this selfishness becomes a character defect that hurts their life and those around them as they become adults.

The defiant role is another one created in childhood when the child is confronted with many constraints or controls. As an adult, this person wants to do the opposite of what they are told. You say do this and they want to do that, always being defiant. The opposite role from this is the passive people-pleasing role. In this role, the child believes they should never think or say anything negative about their parents. As adults these individuals find it very difficult to say no. Saying no to others creates an inner pain for them.

There is also the invisible role where the child loses their place in childhood, getting ignored and dismissed. In adulthood they lose their voice in their relationships, shutting down their right to express their needs. Some play the role of disappointment or failure. When the caregiver gives the child the message that there is no sense trying because you will only fail anyway, the child can go one of two ways. They either sabotage opportunities in their life, feeling they will only fail anyway so why try, or they succeed just to prove the caregiver wrong. The problem is even in success the wound is still there, and money and success will not fix the internal damage given by this message.

There is the controlling role: in childhood this person connects control to survival. As a child, I needed to make sure I was around when my father arrived home drunk or someone could get hurt. Therefore, I needed to control my environment as a child and carried this need to control the actions and thinking of others throughout adulthood. This is another unpopular role as an adult. The first step in changing these roles is awareness. I needed to understand not only who I was today but how I became the person I became. Without awareness, I can’t take action to change the role I was set up to play.

A question I always ask others is “What was the message given when we made mistakes as children?” Were mistakes an opportunity to learn and grow, or did we internalize ourselves as a mistake? If caregivers had a tough inner critic that didn’t allow them compassion when they made a mistake, then they may have passed this message on to their children. Making mistakes is part of being human. There are times we all stumble in life, and if we deny ourselves compassion for this, we then negate a part of our humanness. In essence, can we fail at times or do we internalize ourselves as a failure?

Without self-compassion it becomes difficult to except constructive criticism from others. We may begin lying when we are wrong, as the pain of being seen as defective becomes overwhelming. Part of being a parent is guiding our children through their difficulties with the experiences we have gained in life. As they walk through their journey in life, they also need to feel that mistakes are part of being human. If not, they may refuse to allow us to help them if they should falter. In adulthood they may find asking for help to be a very difficult action.

One of my children had a bed-wetting problem that caused him shame every time he had an accident. Once when dining out with my family years ago, I had an experience that most men can relate to. After a trip to the men’s room, I zipped up my fly but not before a few drops dripped onto my pants. When I returned to the table, I quietly pointed out the spot to my son and said, “See, even Dad has accidents.” He thought this was great. He believed I urinated in my pants. You could read his mind and see the way this made him feel more human for his mistakes. The downside was that he proceeded to tell the world about my experience! I did not count on this, but I did give him the message that it’s OK to make mistakes.

No matter what happens during the course of a day, don’t forget to tell your children you love them before they go to sleep. The message of unconditional love will give them the permission to make mistakes without them ever believing they are a mistake. 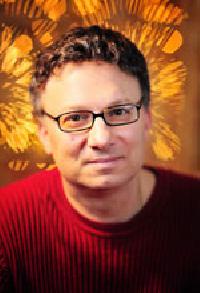